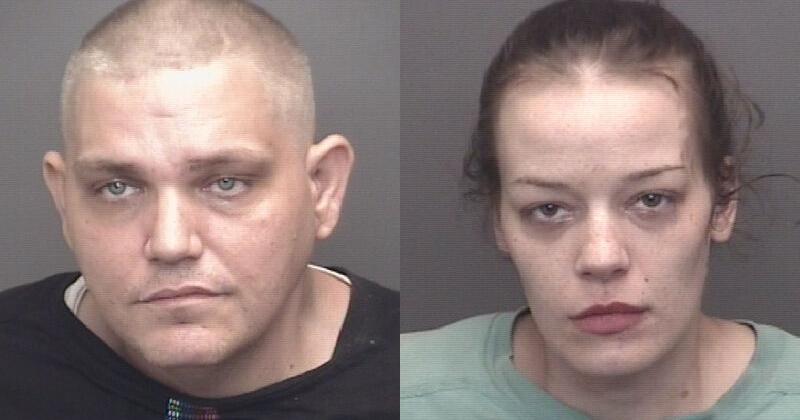 On Wednesday July 15, around noon, police say 38-year-old Nathan Dillon of Evansville, Indiana, was pulled over for driving a motorcycle without a license plate.

When police ran Dillon’s information, they say they discovered his license was suspended and that he had been previously convicted of operating without insurance.

According to an affidavit, Dillon said the motorcycle belonged to a friend and couldn’t provide proof of insurance. Police say he was placed into handcuffs and transported to the Vanderburgh County Jail.

Authorities with the Evansville-Vanderburgh County Drug Task Force say they obtained a search warrant for Dillon’s home on South Congress Avenue. When investigators arrived at the home, they say they saw 23-year-old Lacey Clark run to the back of the house and start throwing pills.

When they searched the house, detectives with the drug task force said they found a variety of different pills and other drugs including cocaine and fentanyl. They say they also found a young child, and an elderly bed-ridden woman.

According to police, the elderly woman was laying in her own feces, and there was dog feces all over the home. They say the drugs found in the home were also within arms reach of the young child.

Child Protective Services was called to care for the child, and the elderly woman was taken to the hospital for treatment, investigators say.

Clark and Dillon are both facing a variety of drug and neglect charges.