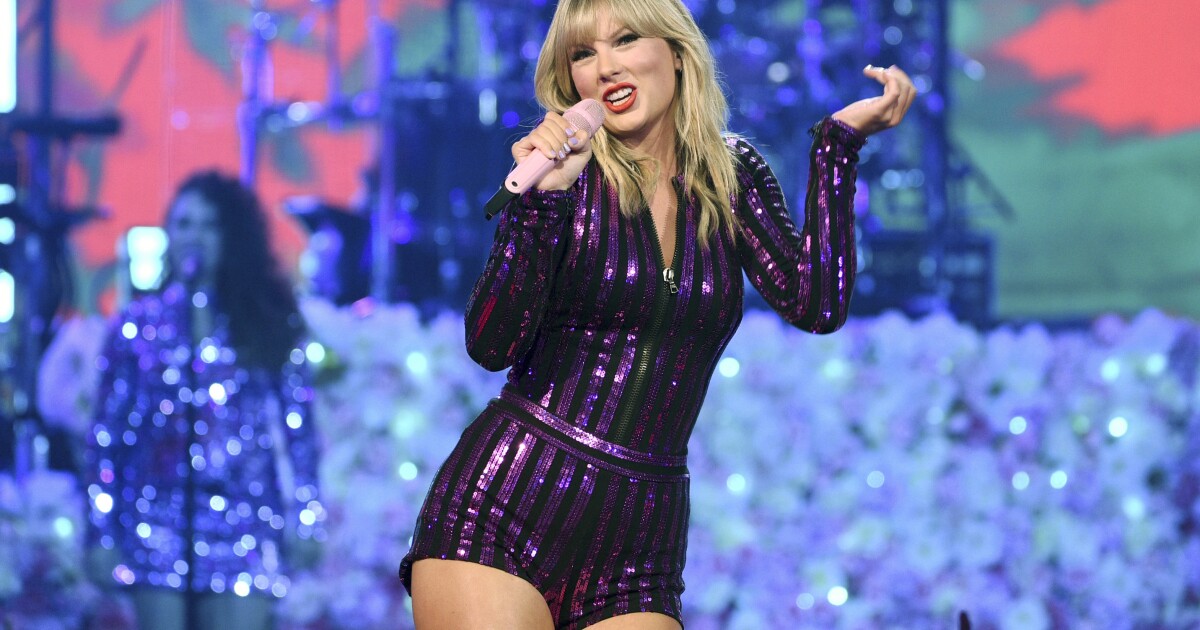 Re: “Albarn in Slo-Mo,” by Mikael Wood, Jan. 25: Taylor Swift’s music narrates a story about the evolution of a virtuous to vengeful woman who leads a winning revolution against her belittling critics.

Damon Albarn doubted if she wrote her own music. His skepticism is rubbish. Unfortunately, Wood missed the opportunity to ask Albarn why listeners should also doubt her songwriting credibility.

Clearly, Albarn does not know Swift. Questioning Swift’s songwriting credibility is tantamount to questioning whether the life trials that inspire her music were true events. As a critical music listener, and a humane person, I find this insulting. But I don’t find it surprising.

Before questioning her credibility, Albarn should take the time to deeply immerse himself in Swift’s life, where she could give him some much-needed moral wisdom.

May Taylor Swift find renewed peace from those who degrade her.

What a miserable human being. Damon Albarn, don’t do LA any favors by coming back soon.

Picking a losing fight with Taylor Swift is stupid. I just listened to my Blur CD for the first time in years. Oasis rules.

The undefeated (so far)

What is off balance?

Why not do this: After a contestant wins $1 million, he or she bids “adieu” and goes to the “Jeopardy! Hall of Fame,” where a $1 million bonus awaits.

What could be better?

Time to wrap it up

Next, I’d like to read about how “Safe” annoyed us with the worst English accent by an American actor (Michael C. Hall) and more inane plot ridiculousness than any one series should have the right to impose on a willing public.

Not everyone’s taste in music

Regarding Christi Carras’ online article “At SoFi Stadium, Dr. Dre Assembles a Hip-Hop Dream Team for Super Bowl Halftime Show” [Jan. 20]: The lineup for the Super Bowl I’ve seen includes only hip-hop/rap performers. Not my taste and I’m sure I’m not alone. Are the sponsors OK with a significant percentage of viewers just flipping burgers during halftime and tuning out?

Where are the TV grids?

I took the print edition for 50 years. I now take the electronic version. Why do you make the reader search for the daily TV grids? They aren’t in a consistent place, don’t have a consistent format and they are hard to find.

It is a waste of time and extremely irritating.

Editor’s note: Links to each day’s TV grids can always be found online at: latimes.com/whats-on-tv.

Also, a full page of TV highlights and listings can be found in the TV Listings section of the Los Angeles Times e-edition: enewspaper.latimes.com.

I disagree with Amina Cain’s op-ed [“I’m Hungry for More Stories on the Ambivalence of Motherhood,” Jan. 23] and with the majority of film critics regarding “The Lost Daughter.”

I found it to be a turgid, stultifying film about a selfish, irresponsible woman incapable of relating to anyone.