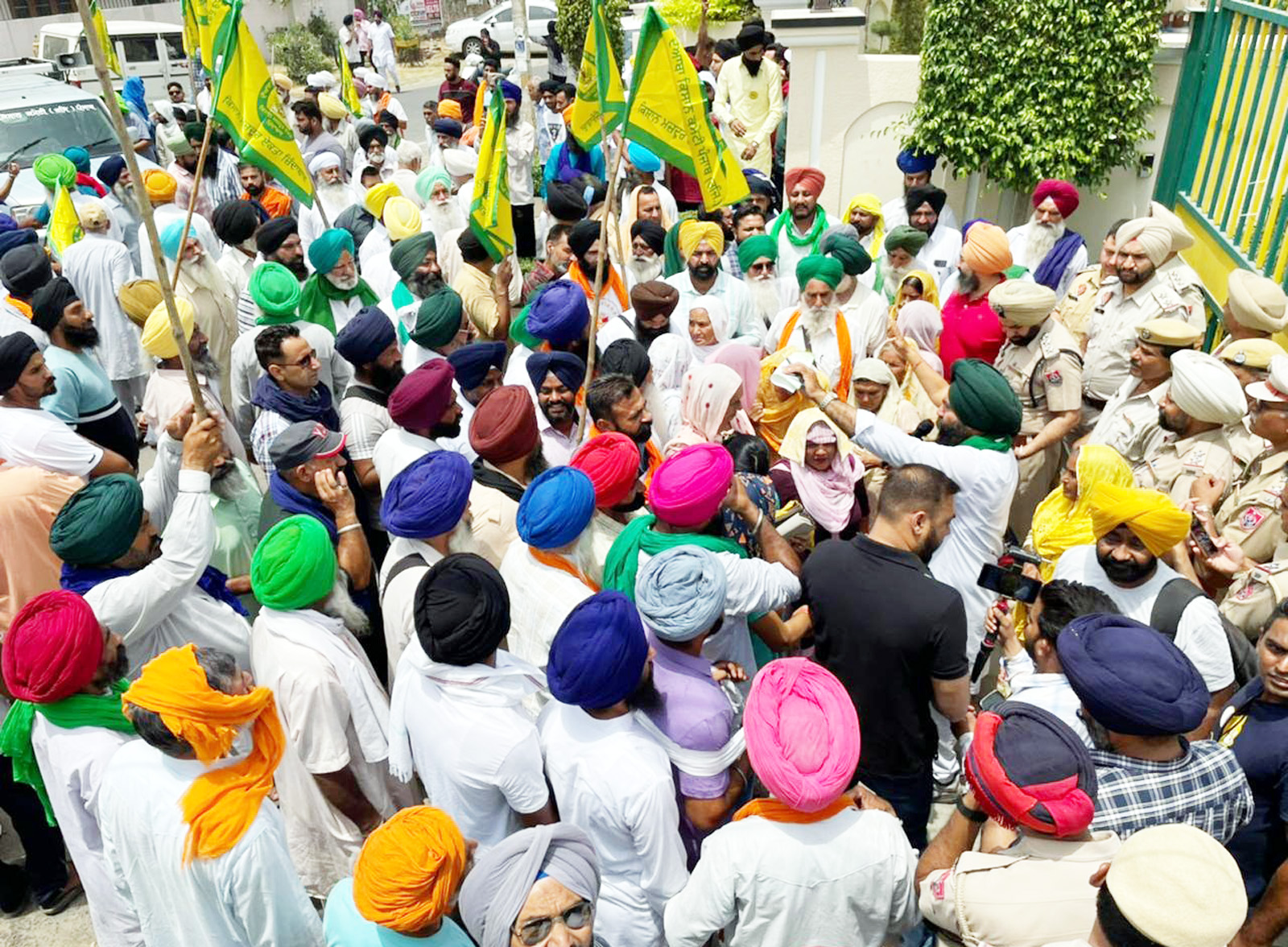 The protesters were stopped by cops at the main gate of the colony and the dharna at Mastiwal village continued for the 18th day.

The protesters said there was no logic in constructing 25 “Gau Ghats” in the 140-km long Kandi canal. They demanded that the canal’s bed should be left Kutcha, more cowsheds should be constructed, farmers should be allowed to carry water from the canal and reservoirs should be enlarged.

They said as the borewells were drying, the unpaved canal bed would recharge the groundwater. The protesters also sought quashing of an FIR registered against a farmer in which a child died after falling into the borewell.

They said the farmer had covered the bore with a lid, but the incident happened due to the theft of the lid by drug addicts.

Meanwhile, Jimpa met the protesters and assured them that he would take up the matter with the department. He said that he would not let the farmers face any kind of trouble.