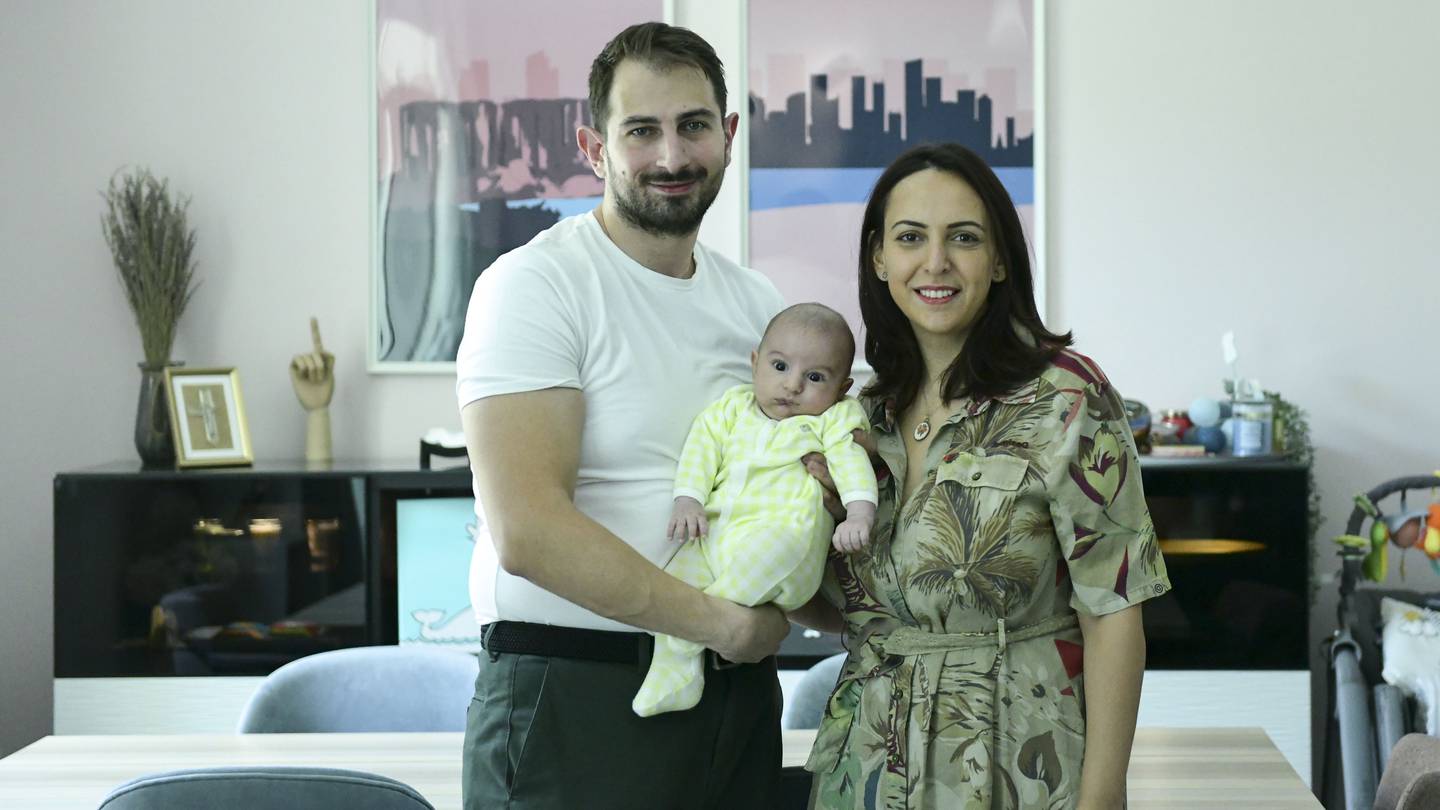 My Abu Dhabi Rent takes you inside a reader’s home to have a look at what they pay each month, see who they live with and ask what they like and don’t like

Jad Yammine and his wife Magalie lived in several areas of Dubai before deciding to make a move to a townhouse in Al Ghadeer, a community on the border of Abu Dhabi.

It was more out of necessity than anything else.

But it has ended up working very well for the couple, who are from Lebanon and have a new baby.

Of all the places they have lived, Al Ghadeer is up there among one of Mr Yammine’s favourites.

Here, he invites The National into his home to tell us why.

Where did you live before Al Ghadeer?

Initially I lived in Remraam for one year. It was too remote.

After that I lived in Jumeirah Lakes Towers for two years. JLT was great. I moved out when they started messing around with the parking situation.

Then we shared a house with a very good friend in Jumeirah Village Circle, so we rented a three-bedroom villa. The reason we moved from there is we thought, are we going to have a kid? Probably yes. So we can’t live like this anymore.

The decision was then made to move to Jumeirah Village Triangle. I wasn’t planning on leaving JVT.

Why did you leave?

I had a job opportunity in Abu Dhabi and it was a requirement that I had an Abu Dhabi lease. That was not company policy. It was a government policy because the start-up I am working for is benefitting from a funding programme. So all employees need to be Abu Dhabi-based. That’s why we picked Al Ghadeer. And, actually, it has worked out well for us.

Tell us about the property you live in

It’s a townhouse. It’s wall to wall with others. They call this a two plus one. It’s more of a three bedroom because there is a massive second living room they call a family room upstairs.

How much do you pay?

We pay Dh82,000 a year. You get so much for your money. There are so many parks. You have all of your basic amenities. We have a supermarket that has a food court, we now have a cafeteria and a café. You have your laundry, your pharmacy.

How have you made it your own?

I have converted the smaller bedroom into my home office. Because working for a start-up we are few people and it doesn’t really make any sense to go into the co-working space in twofour54.

The other thing I have changed is the family room. It is at the end of a corridor right next to what would normally be the shared bathroom, so I have put in a PVC collapsing door so that door has been closed off and now that’s a master bedroom, along with the proper master bedroom.

The original master bedroom we transformed into a nursery. We just had a baby. He’s two months old. Otherwise I would have done some decorating in the living room. Painted the walls. Changed the light fixtures. I have done the garden, planted some stuff.

Do many restaurants deliver to Al Ghadeer?

A few places deliver to us now. The food apps are almost non-existent. There is one app, which is the Smiles app of Etisalat, that has a few stores.

How much are your bills each month?

The air conditioning is part of my ADDC (electricity and water) and what I have noticed is my bills here are about 20 to 30 per cent cheaper than in Dubai.

In Dubai, in mid-summer, my Dewa bills would reach around Dh1,500. I have not had a bill go over Dh1,200 here. They are mostly under Dh1,000. That’s for my electricity, water and AC. Then I just pay Etisalat.