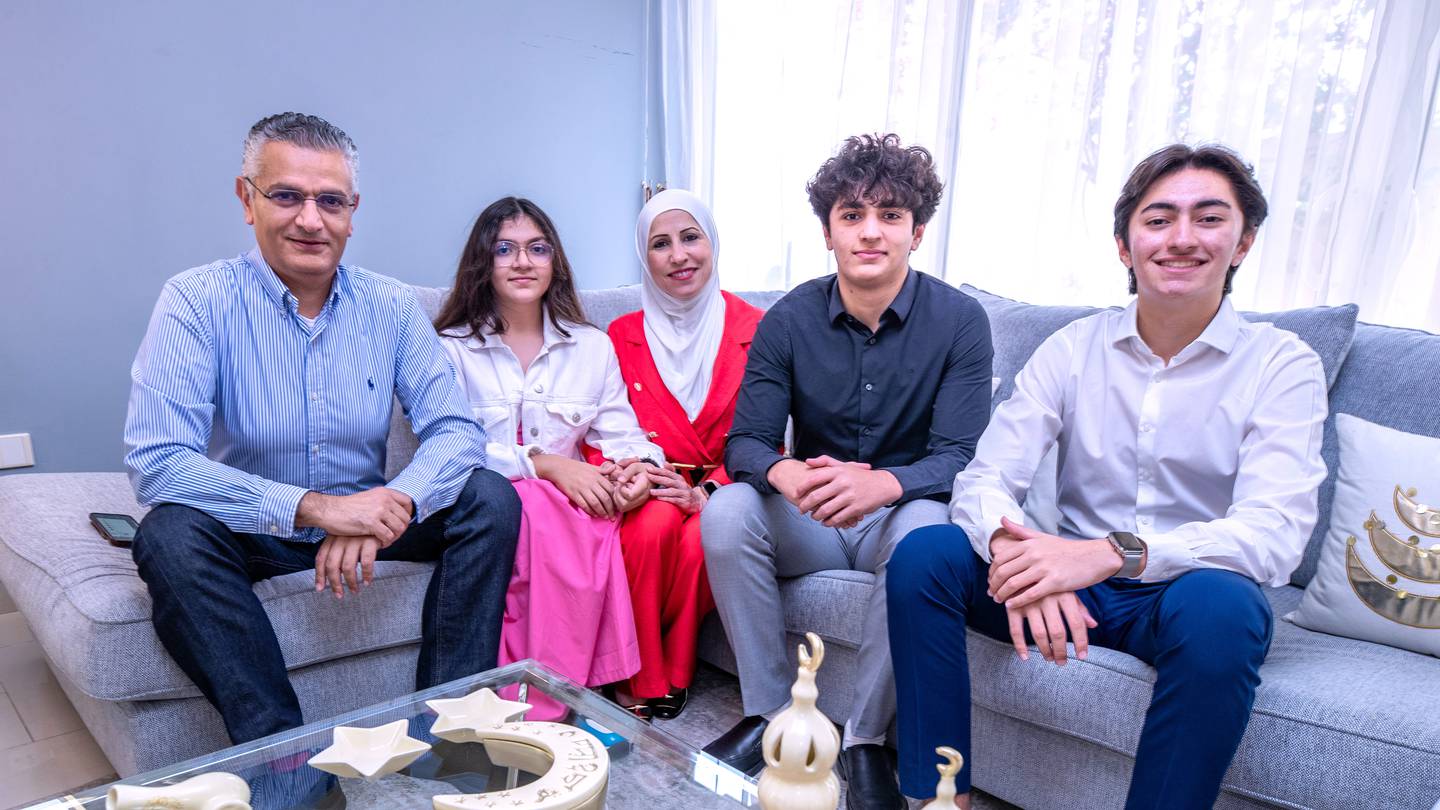 My Abu Dhabi Rent takes you inside a reader’s home to have a look at what they pay each month, see who they live with, and ask what they like and don’t like

When choosing where to live in Abu Dhabi, it was all about location for mum-of-three Sajida Aljaber.

Working full time as a dentist with changing shift patterns, it was important that her family lived close to the children’s school so they could avoid the headache of peak-hour traffic during pick-up and drop-off times.

After spending three years living on Reem Island, Sajida, from Jordan, enrolled her children in a new school, Al Yasmina Academy. She subsequently moved to a large, four-bed villa in Al Raha Gardens, which was right on the doorstep of their new campus.

Six years later, she said life has been good in their new compound and they plan on staying in the area for years to come.

Although the family pays a premium for their villa because of its location and amenities, Sajida said she wouldn’t change it for the world.

Here, she invites The National into her home.

Where do you live?

We moved to Al Raha Gardens in Khalifa City six years ago. Before that, we spent three years in a villa on Reem Island and seven years in Kuwait.

Tell us about the property you live in

It’s a four-bed, standalone villa with private parking. We have our own swimming pool, too. That was the cherry on top when we viewed the villa before moving in. In that first year, there was so much excitement about the swimming pool.

The children would play in it all the time and have their friends around, but for the past two years we have hardly used it. We still have to maintain it regularly, though.

The villa itself is nice and spacious and there’s enough room for us to socialize together as a family but also to have time to ourselves.

How much do you pay per month?

If you take this villa and compare it with a similar villa in a different area of ​​Abu Dhabi, we do pay quite a high price, but it’s all about the location for us. It’s close to the children’s school.

We could have rented a similar villa in another compound for Dh130,000 a year but we wanted to be based here.

Why did you choose to live here?

The one and only reason was to be close to the children’s school. The campus is literally minutes from our front door, so the kids can walk or bike to school on their own.

I have a 12-year-old girl and 17-year-old twin boys and it’s just so convenient for them. The shifts my husband and I work change sometimes, so it would have been difficult trying to plan school pick-up and drop-off times.

I wasn’t keen to send the children on a school bus either, as that adds hours on to their day. When we enrolled the children in their school, I knew immediately that I wanted to live in the Raha Gardens compound.

First and foremost, its location. It’s convenient for us as a family as it’s not too far from work and, as I mentioned, right on the doorstep of the school.

It has great amenities, too, such as coffee shops, restaurants and supermarkets. My youngest loves playing outside and there are a few parks and lots of walking tracks in the compound.

It’s super safe and I love that I can leave my car unlocked without worrying if anything will happen to it.

We used to live in Kuwait and the compound we lived on was a lot smaller and a lot more social. We would be in and out of each other’s homes a lot. I like this compound but it’s not as close-knit because it’s huge. That would be the only downside.

How have you made your house a home?

We planted some lovely trees in the backyard, which have become more mature over the years. That little extra bit of greenery adds a nice touch to the garden.

We haven’t made any structural changes to the villa, but we’ve added wallpaper and paint to make it more colourful.

I think any house that has kids in it feels homely, so the children’s belongings scattered around makes it a home too I guess.

How did you find the villa?

When I toured the children’s school before they enrolled, I was keen to find a property nearby so I searched on Google for homes in Raha Gardens.

We viewed about three in total but we settled on this one because it was so spacious and had the swimming pool.

Do you plan on staying in the villa long term?

My two boys head off to university next year, so I think we will downsize as there will only be three of us at home. We will stay within this area, though.

If we can’t find a villa in the compound, we will just stay put.