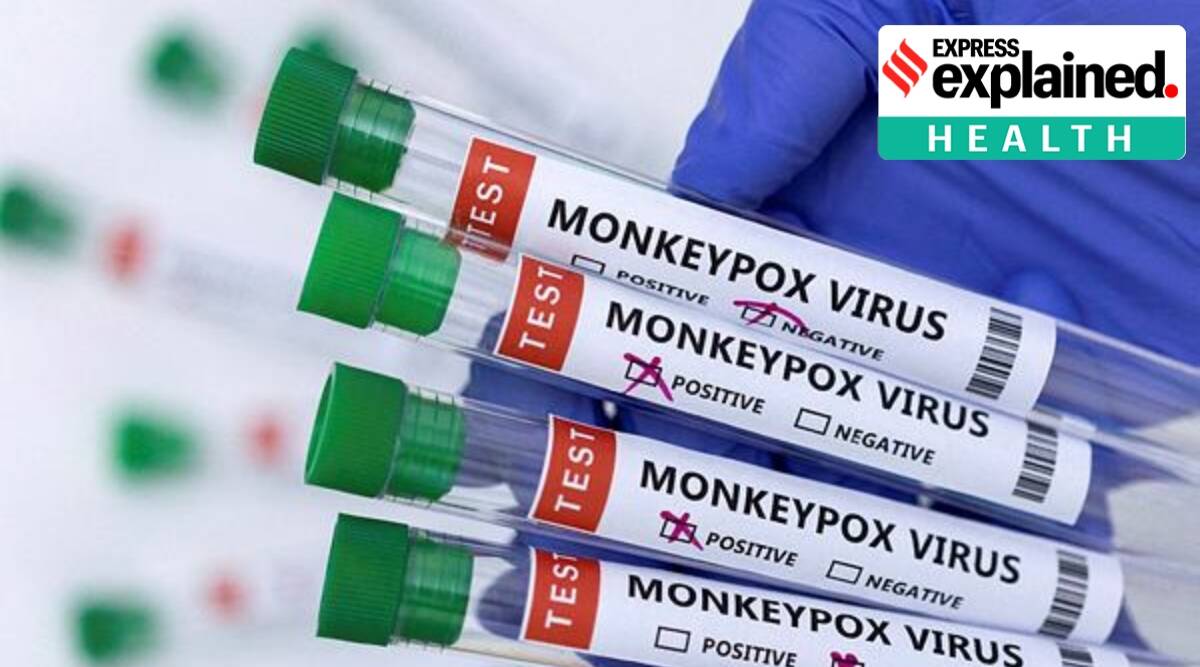 There are no suspected or confirmed cases of monkeypox, a rare viral infection similar to smallpox, in Mumbai. However, on Monday (May 23) the Mumbai civic body issued a health advisory and stated that it has kept a separate 28-bed ward ready at the Kasturba Hospital for the isolation of suspected patients.

With the world yet to emerge from the Covid-19 pandemic, new cases of the infection are being reported from multiple countries. The World Health Organization (WHO) said on Tuesday (May 24) that since May 7, when the current spate of infections began, 131 cases of monkeypox had been confirmed, and another 106 suspected cases had been reported in countries outside the ones in which it usually spreads.

The WHO said the outbreak was unusual, but it was still “containable”.

What is the monkeypox virus?

The monkeypox virus is an orthopox virus, which is a genus of viruses that also includes the variola virus, which causes smallpox, and the vaccinia virus, which was used in the smallpox vaccine. Monkeypox causes symptoms similar to smallpox, although they are less severe.

While vaccination eradicated smallpox worldwide in 1980, monkeypox continues to occur in a swathe of countries in Central and West Africa and has on occasion shown up elsewhere. According to the WHO, two distinct clades are identified: the West African clade and the Congo Basin clade, also known as the Central African clade.

How is the Mumbai civic body preparing?

The Brihanmumbai Municipal Corporation (BMC) has kept a 28-bed ward ready at the Kasturba Hospital for the isolation of suspected patients, officials said on Monday. The corporation said airport authorities were screening passengers coming from endemic and non-endemic countries that had reported outbreaks.

“Their testing samples will be sent to the NIV (National Institute of Virology) Pune laboratory. All health facilities in Mumbai are being informed to notify and refer any suspected case to Kasturba Hospital,” the Maharashtra Health Department said in an advisory.

Dr Mangala Gomare, executive health officer, BMC, said, “The ward has been constructed following the basic protocol of any outbreak. Human-to-human transmission occurs primarily through large respiratory droplets. So it is essential to keep suspected patients with monkeypox in a confined ward to stop the possible spread to others.”

Kasturba Hospital, Mumbai’s first and only infectious diseases hospital, played a key role in the city’s response to the Covid-19 pandemic. Dr Gomare, however, assured there was no reason to fear a new crisis yet. “So far, there is no confirmed case of monkeypox in India. There is no need to panic. These are just precautionary measures,” she said.

How is the monkeypox virus transmitted?

Monkeypox is a zoonosis, that is, a disease that is transmitted from infected animals to humans. The virus enters the body through broken skin (even if not visible), respiratory tract, or mucous membranes (eyes, nose, or mouth).

Human-to-human transmission is limited. Transmission, when it occurs, can be through contact with bodily fluids, lesions on the skin or internal mucosal surfaces, such as in the mouth or throat, respiratory droplets and contaminated objects, the WHO says. An infected person remains contagious till all the scabs fall off.

What are the symptoms of monkeypox?

According to the WHO, monkeypox typically presents clinically with fever, rash and swollen lymph nodes and may lead to a range of medical complications. The WHO underlines that it is important to not confuse monkeypox with chickenpox, measles, bacterial skin infections, scabies, syphilis and medication-associated allergies.

The incubation period (time from infection to symptoms) for monkeypox is usually 7-14 days but can range from 5-21 days. Usually, within a day to 3 days of the onset of fever, the patient develops a rash that begins on the face and spreads to other parts of the body.

How can monkeypox be treated?

There is no safe, proven treatment for monkeypox yet. The WHO recommends supportive treatment depending on the symptoms. Awareness is important for the prevention and control of the infection.

According to the WHO, the proportion of patients who die has varied between 0 and 11 per cent in documented cases, and has been higher among young children.

“As the coverage and immunity of smallpox vaccination are receding, we are witnessing a gradual increase in monkeypox cases. The United Kingdom has also reported some cases of monkeypox, spread through travel routes between Africa and the UK. However, it’s unlikely for the infection to spread to India,” Dr Hemlata Arora, Senior Consultant, Internal Medicine and Infectious Diseases, Nanavati Hospital, said.

Doctors say monkeypox is a very well-understood condition that can be managed efficiently with available clinical remedies. “We urge individuals to not panic and most importantly, not confuse monkeypox with another common viral infection, prevalent in forest regions of Karnataka-monkey fever,” Dr Arora said.

“Nonetheless”, she said, “any individuals with a history of travel to Africa and symptoms indicating headache, fever, chills, sore throat, malaise, fatigue and rash should report the same to their physicians.”