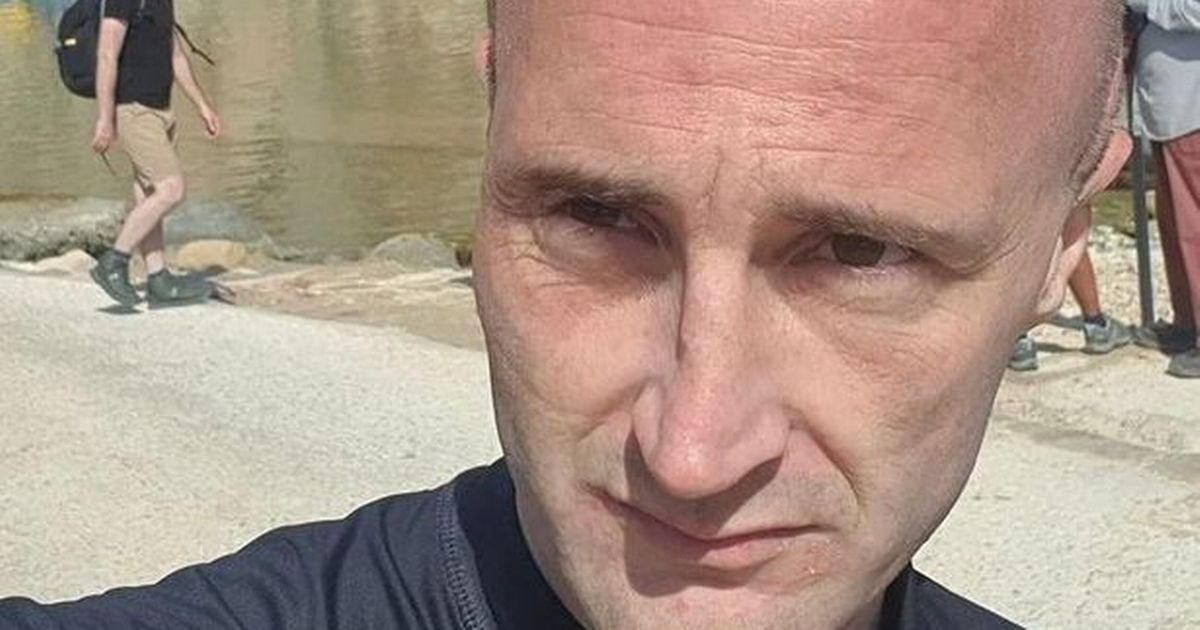 A woman who was raped multiple times by an evil predator has bravely spoken out – and told of the ‘absolute fear’ she felt as she was attacked in her own bed while her children were lying ‘just feet away’.

Kelly – whose name has been changed to protect her identity – penned a devastating statement ahead of the sentencing of John Wood – her ex-partner and the man who almost destroyed her life, the Liverpool Echo reports. The victim, from Liverpool, said she ‘froze in complete fear’ when Woods attacked her and that he ‘stole a piece of her she will never get back’.

Wood, 38, was jailed yesterday for six years at the Scottish High Court after being convicted of raping Kelly, and another woman from Glasgow. The care worker, who is originally from the Cheshire area, must also sign the sex offenders’ register indefinitely.

The court heard the pair had met at a conference when Wood was living in Glasgow, and after some time chatting online he eventually moved to Merseyside to live with her. However Kelly had unwittingly invited a sexual predator into her home.

In the statement, Kelly wrote of the final time she was raped by Wood, who worked in care. At the time she had ended their three-year relationship after finding he had been using dating apps to meet men for sex, although she allowed him to stay in her Liverpool home as he had nowhere else to go.

Kelly wrote: “The last time I saw John Wood….he raped me for the last time. In that moment he stole a piece of me that I will never get back, the previous times John raped me I never understood what it was. I was conditioned to think rape was only perpetuated by strangers, and I naively believed that rape usually happened to drunken women on nights out and was committed by strangers. I now know differently”

Kelly described how she was in her bed drifting off to sleep when Wood got in next to her and began trying to “initiate something. She wrote: “I said no, I said no. He didn’t listen. I pushed him off and tried to go back to sleep. He continued; I’ll never forget the absolute fear I felt when I realized what he was going to do. He wasn’t entitled to me because we had been in a relationship, he wasn’t entitled to me because I lay in my own bed in just my underwear. But he still did it.

“My children lay just feet away. Most people think when someone attempts to rape you, then they would fight back. I always thought I would. I didn’t, I froze, freeze in complete fear. I still feel that fear every day . I cannot describe that fear, its deep-rooted inside of me and it seems to leak into every area of ​​my life.”

Kelly reported to Wood to the police after that incident, which she said left her with injuries to her genitals. The impact of the rape was strong, and her mental health deteriorated to the point her parents moved in with her.

She said: “I couldn’t function. I couldn’t look after the children, I couldn’t be by myself, I couldn’t leave the house. I was terrified, I had panic attacks, I couldn’t sleep, and I couldn’t eat. I lived off cigarettes and energy drinks, I couldn’t go to work. My world, my life, my home no longer felt safe, it felt dangerous and scary. I felt unsafe constantly, I still do . Nowhere feels safe, not my home, not with my parents, not my work, not my bed.”

Kelly eventually found it impossible to continue her job, which she once loved, and was diagnosed with complex post traumatic stress disorder (PTSD). She wrote: “I felt like my whole world had been shattered, I felt like I had been murdered and I was unable to leave the crime scene. I couldn’t sleep, and I was barely functioning.”

Reflecting on how she has changed since being raped by Wood, she said: “I used to be very sociable, a happy smiley person. A ‘hugger’, I believed in love, and I believed in a safe world. I had friends; I went out a lot. People liked me; I had a good job…

“I used to be confident, I was pretty and probably a bit of a flirt. I had male friends and enjoyed their company. I enjoyed my life and I had goals and dreams. I used to dress to show off my figure, I took time doing my hair and makeup, I would regularly get my eyelashes and nails done. I cared about my appearance. I was a typical young woman in her 30s. I was happy.

“I am the complete opposite now, I don’t want to be touched or hugged by anyone, even my children sometimes. The world feels like the enemy now, and I see danger everywhere. I am constantly on high-alert, and I consistently question and assess situations and people around me.”

Kelly, who no longer lives in Liverpool, says she finds it difficult to form relationships and has daily flashbacks. She wrote: “I have changed so much from the women I was before I met John, I am colder now. I’m harsh and untrusting, I no longer believe in a safe world.”

However, despite her deep and at times overwhelming trauma, Kelly wrote about how she is fighting back. She said: “I’m not as soft and unforgiving, I ask questions and I push for the right thing to happen. I’m vocal about my opinions and I have a voice. I won’t be pushed down or abused. I won’t allow anyone to hurt me and my children again.

“I’m unsure if I’ve been able to express the sheer harm and impact this has had on me, and my family. I hope I have. Regardless of the outcome, I’m moving on and I’m moving forward. I won’t allow him to take anymore of my life away, he doesn’t get to do that….

“It’s men like John, narcissistic, abusive, sociopathic, controlling that continue to rape time and time again. And only a small number of those rapes will of been reported, he has destroyed lives and families.”

Kelly almost did not see justice happen after Merseyside Police twice told her they were dropping the case due to an “unrealistic prospect of conviction.” However, Wood had created another victim – Lisa* (not her real name) in Glasgow.

Lisa was raped shortly before John met Kelly, but did not feel able to report the crime for several years. However she found the strength after hearing rumors he had been arrested for raping Kelly, who she had never met.

Police Scotland picked up the case, and traveled down to Liverpool to interview Kelly. Wood was charged with one rape on Kelly, which had occurred on a visit to his flat in Glasgow, but the other rapes she reported in Merseyside were included “on the docket” – which means they were used as evidence against him in court but did not result in specific charges and were not reflected in the sentence.

Together, the testimony of Kelly and Lisa saw Wood convicted by a Scottish jury in less than an hour of deliberations. Wood, of Dowanhill Street, Glasgow, was jailed for six years.