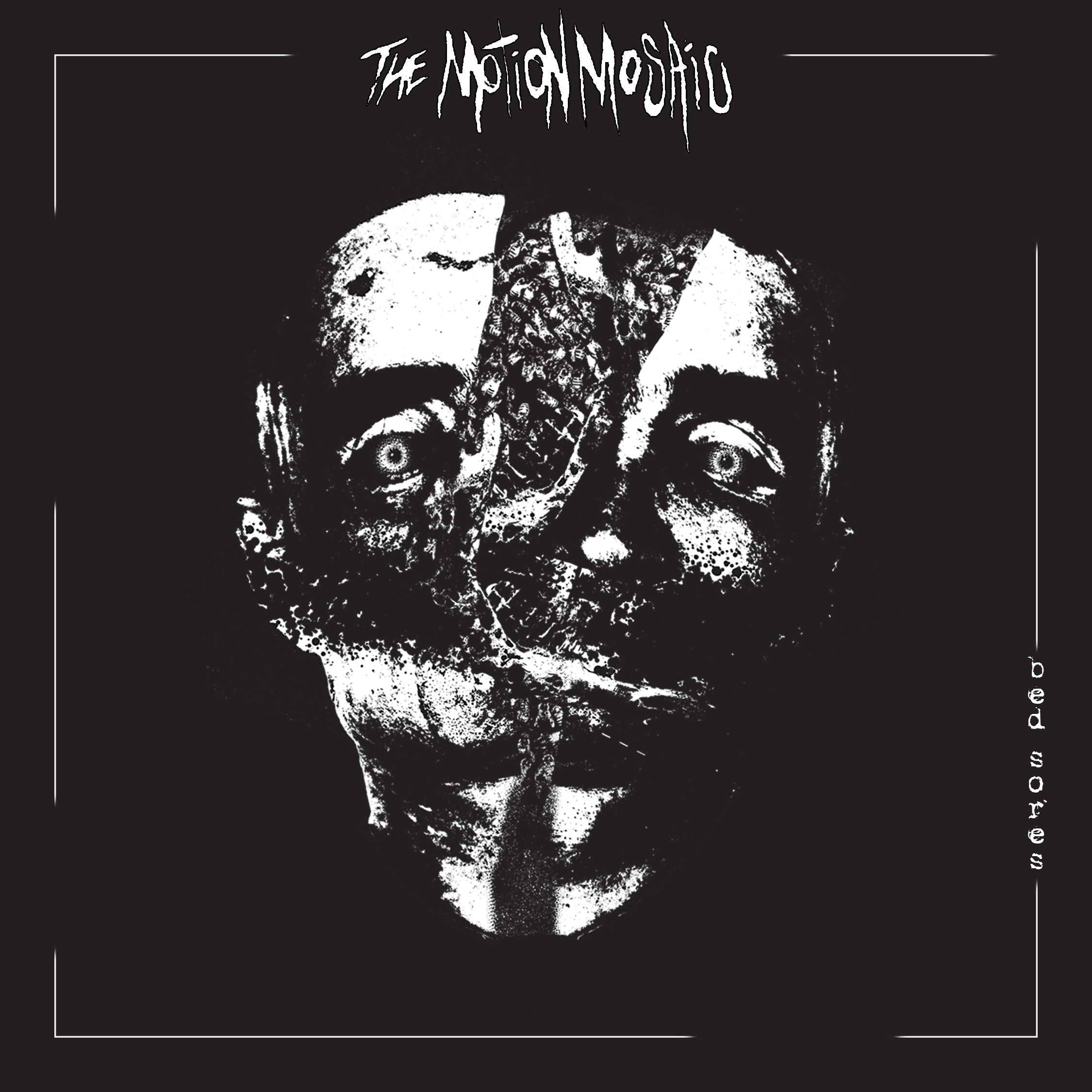 THE MOTION MOSAIC‘s two track EP Bed Sores// Domino Effect sets the scene for some pretty dense mathcore, drenched in as many swift changes and head spinning technical movements as you could ask for.

There’s a debate on how much an extreme sound has to rely on tropes and genre staples in order to stay within the zeitgeist of the scene, and when that becomes derivative. There are points of persuasion of both sides of the argument with THE MOTION MOSAIC. While the melodically challenging ideas that lean towards progressive add some tension, there are moments where the dissonance feels borrowed, self-referential to previous work and to the work of others. While this release has a big chunk of ideas on offer, sometimes things don’t exactly hit the way they could.

Bed Sores is pretty off the scale in terms of, well, everything. It’s a brutal mathcore sound that is massively unrelenting. That’s not to say there aren’t harmonious moments that pull all the erratic threads together, but you do have to work for them. It’s a mean sound, and really taps into something that’s been missing in mathcore, which is to create something wildly berserk and irregular. The whole four and a half minutes feels more like a two-minute hardcore track, compressed and dense, the runtime oddly flies by.

If the first track was a blistering melodic subscription, then the blinding, chaotic domino effect is both more and less than its predecessor. While this track starts with a little more bite and progressive bile, nicely pairing the hardcore elements of the band’s style into the technically deranged melodies, it tails off dramatically towards the end. It’s not to say it’s not good, but it’s nothing inspired that feels especially exciting as it meanders off in the last minute.

all in all, Bed Sores//Domino Effect are well paired songs for a quick burst of big energy. Sometimes the influence falls too much into way of mimicry, but there are genuinely well-placed sections within this EP that are very much worth your time. If you’re a fan of mathcore, this won’t disappoint.

Bed Sores//Domino Effect is set for release on May 13th via self release.