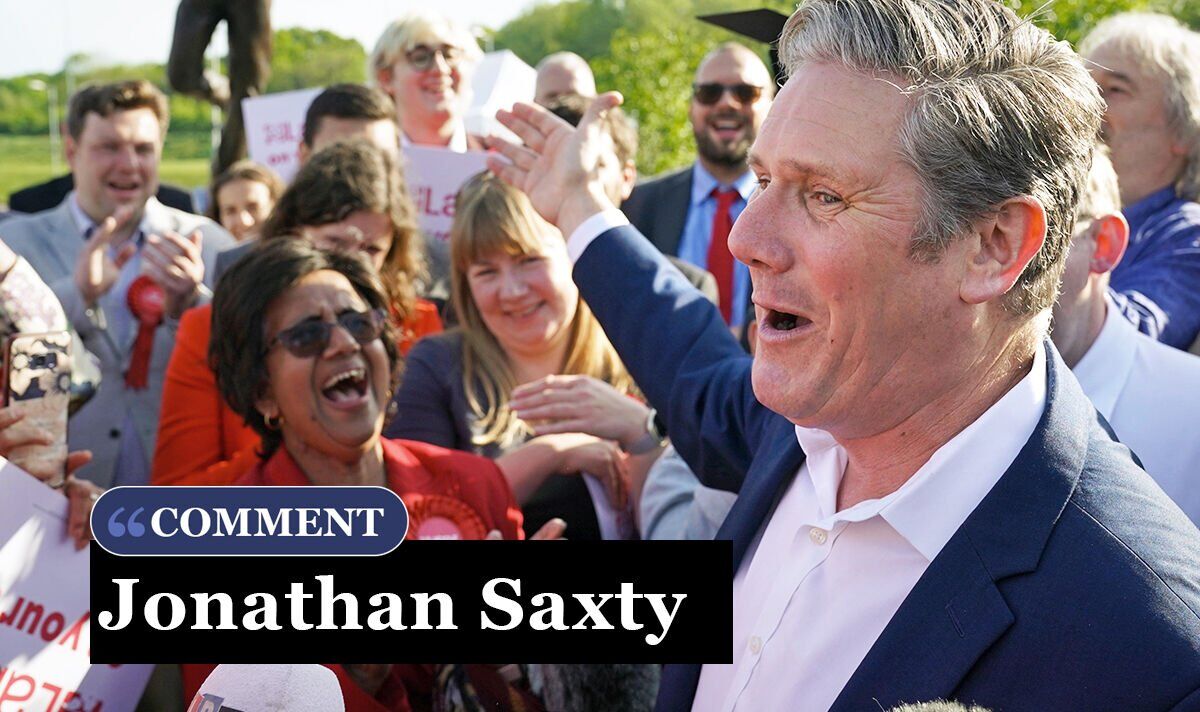 Wandsworth (Tory for over 40 years) and Westminster (Tory for nearly 60) were significant enough, but a loss in Barnet – with its large Jewish population – suggests Labor may have put the ghost of anti-Semitism allegations behind them for the time being at least. Although these are warning signs for the Conservatives, away from London the results for the Opposition were more mixed. For instance, the Liberal Democrats won Kingston upon Hull from Labour, as well as West Oxfordshire from the Tories, alongside victories in majority blue Essex. But any losses for, or failed attempts by, Labor ought to be little consolation for the Conservatives, especially with talk of a Lib-Lab coalition at the next election.

Conservatives may try to convince themselves that talk of an alliance between Labor and the Liberal Democrats shows how far the left is from power, especially if such a pact took in the Greens.

But if the boot was on the other foot this is exactly what the Conservatives would be doing.

This is a party after all which not only enjoyed a confidence-and-supply arrangement with the Northern Irish DUP in the last parliament, but an even more ideologically strained alliance with the Lib Dems between 2010 and 2015.

Looking at the results this morning, Labor is almost certainly seeing an opportunity in a pact.

It has already been reported that Labor may fight a limited campaign in most of the Lib Dems’ top 30 target seats – 26 of which are Tory targets but none of which are Labor targets.

There are signs such a pact is already forming. The Lib Dems made little noise at the recent Batley and Spen by-election, while at by-elections in Chesham and Amersham, and North Shropshire last year, Labor was relatively absent too.

Given that Labor would need to win over 125 seats to overturn the Conservative majority at the next election, an alliance whereby the Lib Dems took the fight to the Conservatives in the south, while Labor attempted to win back a Red Wall in the north where Brexit is receding as a major issue, would seem to make sense.

Should the Lib Dems win 15 targets from the Conservatives, this would reduce the latter’s 77-seat majority by 30, putting Labor within spitting distance of power if they agreed a tie-up.

In many ways this Government has itself to blame, having not only fumbled the Brexit dividend, but losing its way on issues where the party tends to be seen as strong – border control, the economy, and law and order.

The Conservatives increasingly rehash hits from the 1980s for a different era with different challenges. For all the attacks on ‘wokeness’ the Conservatives appear to do little to unwind the New Labor legislation which aids it.

For young people meanwhile, small government means little when increasingly only the children of solicitors and cardiologists can get on the property ladder.

If the Conservatives want to resist the crumbling of their powerbases in the north and south against a renewed left-of-centre alliance they must offer voters more vision than being fractionally better than the other guy.

Ultimately the party has been in power for twelve years (yes, five were in coalition but we know who was steering the ship). It rings hollow for the Conservatives to claim they can fix Britain’s problems when they have been tasked with doing so for over a decade.

Sneering at a Lib-Lab coalition may feel good now, but it may not feel so good the morning after the next election.