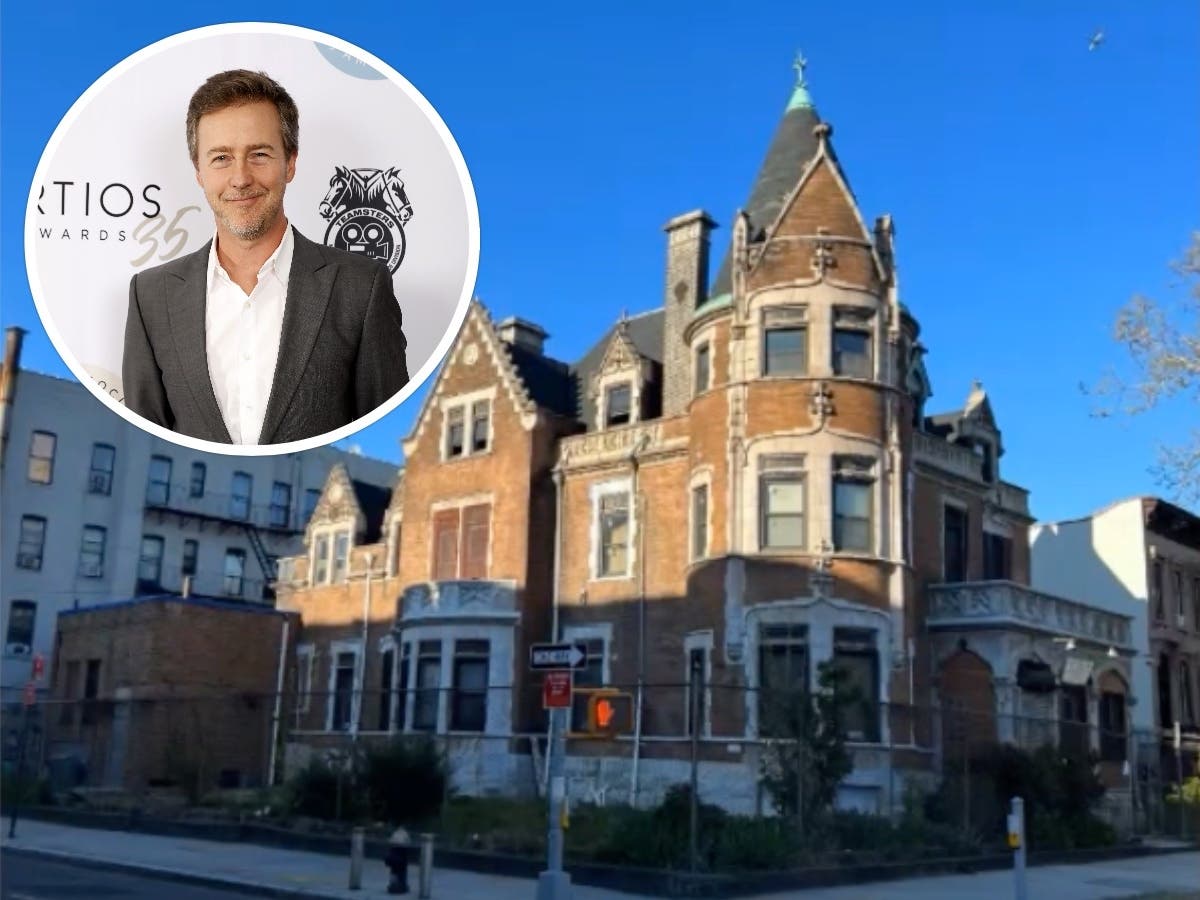 Award-winning actor Edward Norton became the latest New Yorker on Tuesday to speak out about a beloved mansion in Bed-Stuy, which neighbors have scrambled to have designated as a city landmark given pending demolition plans.

The filmmaker — along with a dozen neighbors and advocates — told the city’s landmarks board that failing to protect the property would devastate the historical character of Willoughby Avenue, one of several New York City spots that served as a backdrop in his film “Motherless Brooklyn. “

“Once a … building like 441 Willoughby is gone, it is gone from our site and from our historical record too — and our collective creative capacity is the poorer for it,” Norton wrote in a letter read to the commission at the hour -long public hearing.

“I believe this house, which has served a shifting but significant purpose for over a century, should absolutely be viewed as not just a spiritual and aesthetic connection to the past but as a major city asset.”

The (written) celebrity appearance comes more than six months into neighbors’ fight to save the 120-year-old mansion, known as the Jacob Dangler house, after learning developers were planning to buy and replace it with condos late last year.

A pending demolition permit from developers Brooklyn 360 has been stalled since the Landmarks Preservation Commission decided to add the house to their agenda in a last-minute vote in June, noting its architectural significance and decades-long use as a community meeting spot.

But perhaps the most frequent user of the building — its owners — have said landmarking the property would almost certainly spell bankruptcy for their organization, a masonic group known as the Oriental Grand Chapter of the Eastern Star.

The Grand Chapter, who have owned the building since 1954, decided to sell 441 Willoughby given more than $2 million of debt largely accumulated during the pandemic when it couldn’t be rented out for events, leaders said.

“With our financial situation and our rising indebtedness our only recourse [is] to sell the property,” Associate Grand Matron Celeste Jefferson told the board. “Our fear is that if the property is landmarked nobody will want it because they will not be able to do anything with the building.”

Jefferson and others argued that the already-deteriorating building would soon become an eyesore if Brooklyn 360 backs out of the sale, which is still pending, and leaves them with no money to maintain it.

Neighbors say the Grand Chapter hasn’t explored all its options, though, including help from organizations that specialize in preserving historic spaces, some of whom testified Tuesday.

“If the organization was struggling so much financially, why did they not reach out to the community they’ve had a relationship with 60 years for help?” said Lauren Cawdrey, vice president of the Willoughby Nostrand Marcy Block Association, who has been at the center of fighting the demolition. “Surely demolishing such a magnificent building should be a last resort not a first option.”

For their part, the landmarks board have said they are talking with developers about building in open space around the mansion and keeping part of it as a community center. Any application to do so would need to come through the board if the property is ultimately landmarked.

The board has not yet scheduled when it will vote on landmarking the Jacob Dangler house.