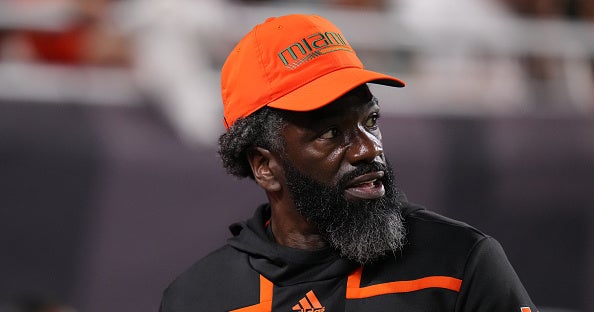 Ed Reed took to Twitter and was fed up with coaches Jack Del Rio and Nick Saban. Del Rio, the defensive coordinator of the Washington Commanders, was fined by head coach Ron Rivera for comments considered insensitive to the franchise. Del Rio referred to the January 6 insurrection in Washington DC as a “dust-up” and compared the event to protests that stemmed from the death of George Floyd in the summer of 2020. Saban’s comments, meanwhile, were a big part of the news cycle when he said Jimbo Fisher and Texas A&M bought its recruits and Jackson State and Deion Sanders paid recruit Travis Hunter “a million dollars” to attend the institution.

“Today, (I’m) sick and tired!,” Reed wrote on Twitter. “A dust up! ($)100,000 is not enough, money ain’t nothing to a person who is recycled through coaching. It’s always one, first it was Saban now it’s Jack to just remind US what it is! Man if u coached by him put your pants on! It’s simple right and wrong, wrong.”

“I didn’t really say that anybody did anything wrong,” Saban said. “I didn’t say anybody did anything wrong, OK, and I’ve said everything I’m gonna say about this. I should never have mentioned any individual institutions, and I said that before. But some kind of uniform name, image and likeness standard that supports some kind of equitable, national competition I think is really, really important in college athletics and college football. And we’ve always had that, whether it’s equal scholarships, equal Alston money, whatever it might be. So that’s kind of point one.

Saban went on to say he supported the players and wanted them all to be careful and protect themselves.

Get the fastest scores, stats, news, LIVE videos, and more. CLICK HERE to download the CBS Sports Mobile App and get the latest on your team today.

“And I think that, also, student-athletes need some protection from unfair name, image and likeness representation or deals,” Saban said. “You could have a player – and we’ve had this happen to us in the past – that thinks he’s signing one thing and he signs something else and gives up his freedom of choice in the future as to who represents him. We have no oversight right now for players when it comes to this. And I also think that boosters should continue to be precluded from recruiting, including use of name, image and likeness offers prior to enrollment.

“That’s basically what I have to say about some of the things that I think we need to do from a college football perspective. This is not about Alabama, this is not about what’s best for us. I just hope that we can sort of put some guardrails on all this. I read something in the Wall Street Journal that said what we’ve done in college football – and I’m paraphrasing here – is (like) putting a canoe on top of an SUV to go to the lake, didn’t tie it down , took off and just hoped for the best. And I think that’s kind of where we are right now.”