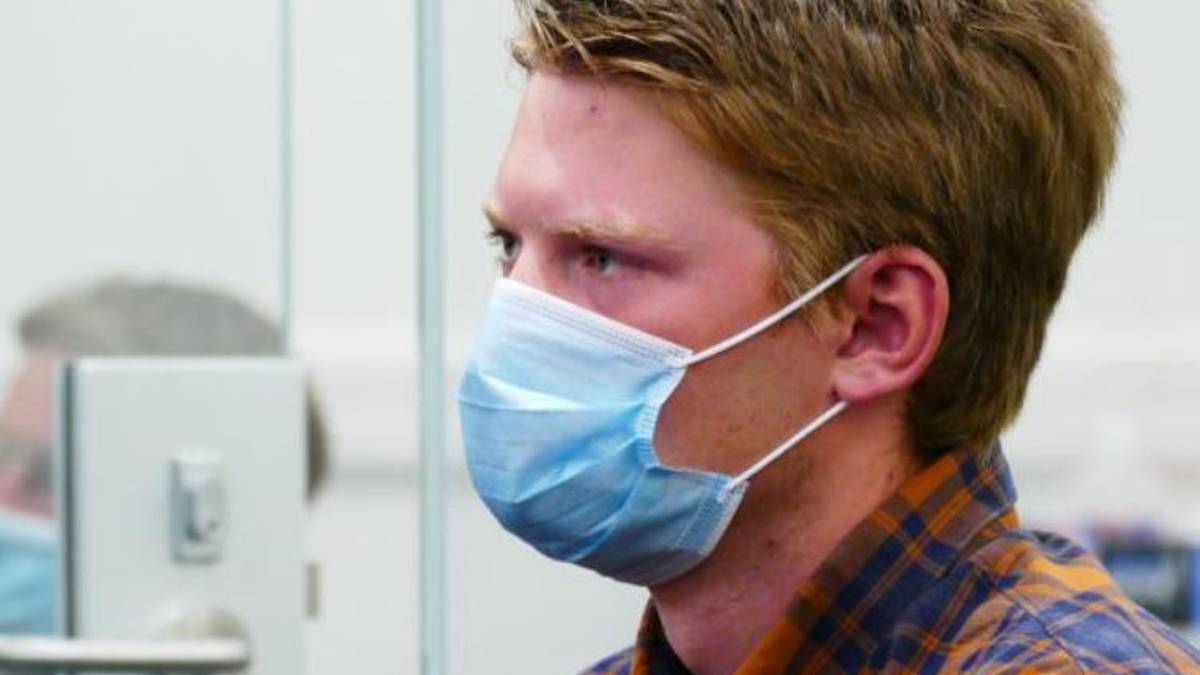 Luke Goatley says a sex conviction will be disastrous for his career prospects. Photo / ODT

A man who molested a woman in her bed after a student party continues to battle to avoid a conviction.

Luke Malachi Goatley’s application was turned down in the Dunedin District Court so he took his argument to the High Court yesterday.

The 20-year-old’s sentence of six months’ community detention, 275 hours’ community work, nine months’ supervision and a payment of $2000 to the victim remains suspended while Justice Rachel Dunningham considers her decision.

On July 8, 2020, Goatley had been drinking with friends and wandered into a Dunedin house party where 50 people were socialising.

When partygoers started drifting away in the early hours, Goatley ventured into a bedroom, unaware a woman was sleeping.

He removed his jeans and shoes, climbed over her and lay down.

Later, Goatley kissed her and the victim made no strong objections as she thought he was her boyfriend.

She even questioned why he had shaved off his beard.

The defendant went on to rub her body and fondle her genitalia, stopping when she told him it was ”gross”.

At 4am, the woman’s boyfriend returned and Goatley was thrown out.

Counsel John Westgate stressed that his client had been extremely intoxicated and had stopped groping when instructed.

“I’m not victim blaming . . . [but] if the complainant had raised concerns earlier it’s clear, in my submission, he would’ve stopped immediately,” Westgate said.

Justice Dunningham, though, highlighted the fact Goatley would have been aware the victim had mistaken him for another man when she made the beard comment, yet he remained in the bed.

Crown prosecutor said the woman was inherently vulnerable, asleep in her own bed, and any emphasis placed on her actions was indeed victim-blaming.

Westgate criticized the sentencing judge’s assessment of the offense as “serious” and argued he had not weighed the defendant’s personal factors in that analysis.

Goatley was young, had no previous convictions, was remorseful and had made efforts to address his issues such as abstaining from alcohol and undergoing counselling, he said.

The potential impact on the commerce student’s career prospects meant a discharge without conviction should be imposed, Westgate argued.

If Justice Dunningham was not persuaded, he also appealed the sentence.

Westgate said there was no need for his client to do more counseling and being on a curfew in Invercargill would be detrimental to him completing his studies.

Goatley, he said, was happy to pay the $2000 to the victim but no further punishment was required, particularly given he had been the victim of online “keyboard warriors” after details of his crime were made public.

“He’s a young man who’s put this all behind him and is getting on with his life,” he said.

Power, however, argued the conviction and each element of the sentence were warranted.

The appeal should be dismissed, he said.