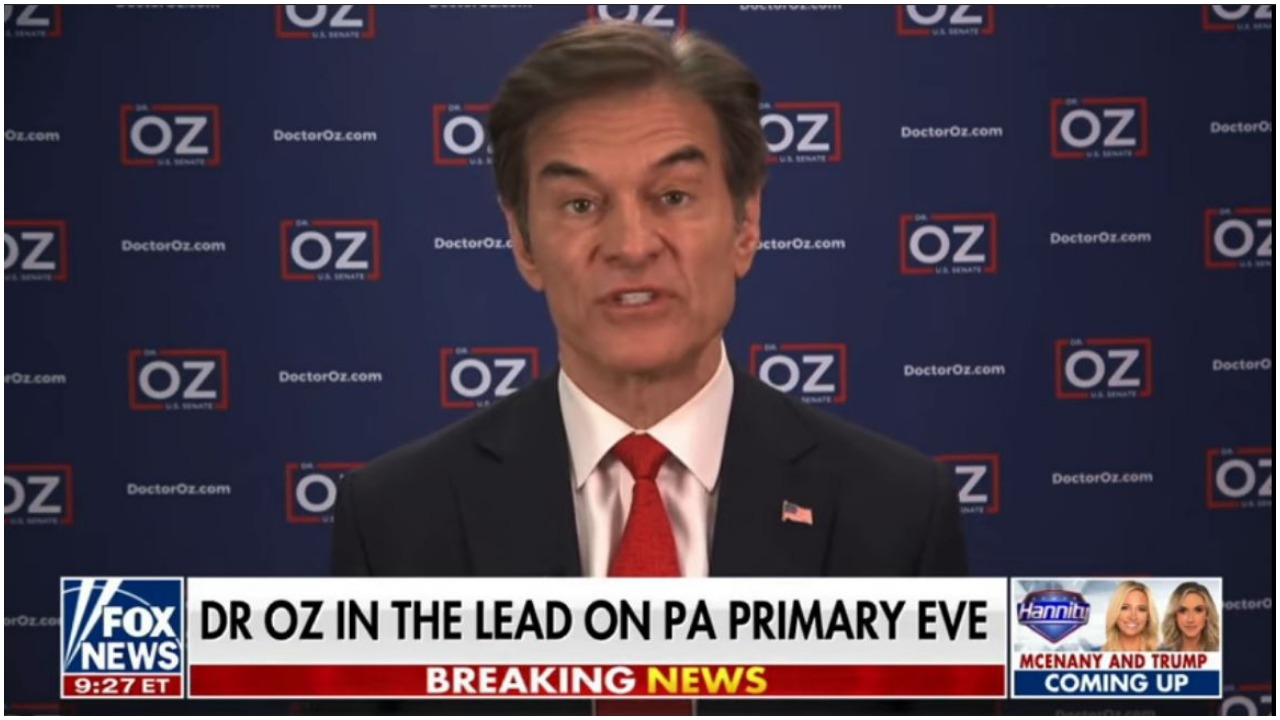 Ahead of today’s Pennsylvania GOP Senate primary, candidate and celebrity physician Dr. Mehmet Oz appeared on Fox News’s ‘Hannity’ in a last ditch attempt to woo voters. And his pitch was pretty big! Oz is currently holding a slim lead in his party’s primary against former hedge fund executive Dave McCormick and right wing pundit/ January 6th mob member Kathy Barnette, who is currently surging in the polls. Oz has the support of twice-impeached President Donald Trump, as well as Fox News.

During his appearance on Sean Hannity’s show, Dr. Oz made a creepy, personal plea to voters, saying “So, when you go to bed at night, put your head on that soft pillow, you’ll know Oz will be doing exactly what you want him to do if you were there next to him.”

Yikes! I don’t think anyone wants to imagine Dr. Oz sharing a pillow with them, whispering snake oil endorsements and conspiracy theories in their ear as they fall asleep. Of course, that wasn’t the only distasteful sentiment Oz has shared on the campaign trail, which range from endorsing hydroxychloroquine, demanding Dr. Anthony Fauci’s firing, and flip-flopping on issues like abortion, trans rights, and Obamacare.

The deeply off-putting soundbite quickly went viral, and everyone had jokes.

The Pennsylvania senate primaries had a tumultuous week, after democratic frontrunners and Lt. Governor John Fetterman suffered a stroke this past weekend. Fetterman, 52, was admitted to the hospital and released a statement saying, “The good news is I’m feeling much better, and the doctors tell me I didn’t suffer any cognitive damage.” He added, “Our campaign isn’t slowing down one bit, and we are still on track to win this primary on Tuesday, and flip this Senate seat in November, … Thanks for all the support, and please get out there and vote. ”

—The Mary Sue has a strict comment policy that forbids, but is not limited to, personal insults toward anyonehate speech, and trolling.—

Have a tip we should know? [email protected]