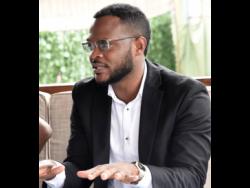 Jamaicans are being urged not to panic or lose faith in traditional banking and higher-risk investments in the wake of multimillion-dollar internal fraud cases at several financial institutions.

But with reports of more than $1 billion being fleeced from dozens of account holders, including retired sprinter Usain Bolt, at Stocks and Securities Limited, that resolve could face a stern test.

Jamaica Bankers’ Association (JBA) Anti-Fraud Committee Chairperson Dane Nicholson said that commercial banks were reviewing developments and he theorized that they would be seeking to bolster current systems to better deal with risk.

“There has always been enhancement of due diligence as it relates to the movements of funds in financial institutions so that will continue to take place and also other risk management frameworks that institutions will implement,” Nicholson said in a Gleaner interview Monday.

Those reviews, said the committee chair, would include reinforcing best practices “right across the industry that can stand the test of time and maintain the confidence of customers across the financial sector”.

Both Government and the private sector have lobbied for Jamaicans to emerge from the shadows of informality. It is estimated, conservatively, that up to half the country’s near three million population is unbanked, meaning they have no accounts at financial institutions.

Nicholson said that controls around fraud and operational risks were an evolving process to minimize internal and external risks that may also change because of technological innovation.

“Based on the Association of Certified Fraud Examiners, institutions around the world, from time to time, might lose or budget for up to five per cent of gross revenues for fraud or operational risks that is associated to fraud,” the Anti-Fraud Committee chairman said.

“It might seem as if there is an uptick, but based on the (industry) data, it’s just that you have a handful of incidents which have occurred in close proximity, but that does not suggest that there is a significant increase,” he said.

Nicholson said it may sometimes take years for financial institutions to catch fraudsters, with managers often not raising red flags until customers themselves file complaints or queries.

Meanwhile, Metry Seaga, president of the Private Sector Organization of Jamaica (PSOJ), said that heightened public concern would be understandable as investors feared that they could fall victim to fraud.

“However, for the most part, our banks are safe and people’s monies are safe. What we need to do is to just make sure that we choose the correct bank and have a good relationship with our bank,” Seaga said.

The amount allegedly stolen is believed to top $21 million.

Seaga said he was hopeful that there will not be a proliferation of white-collar theft that might cause a run on financial institutions.

“I don’t want people to start pulling their money out of the formal sector and putting it under their beds and things of that nature,” he said, cautioning members of the public who have already started to withdraw deposits that “they are making a mistake”.

David Geddes, director of stakeholder engagements, communication and international relations of the Financial Services Commission (FSC), said that waning appetite for wealth creation could be an “unfortunate” outcome the financial sector may face.

The FSC governs financial investments such as stocks and bonds.

Geddes cautioned that although employees undergo vetting processes prior to being hired by financial institutions, they were sometimes tempted by the enormousness of the sums of money at their fingertips.

“A lot of times persons may go into this field and they don’t have a criminal background, but then again, they were never exposed to other people’s money and, therefore, you are seeing some traits coming out now in them that a fit and proper assessment wouldn’t tell us that,” he added.