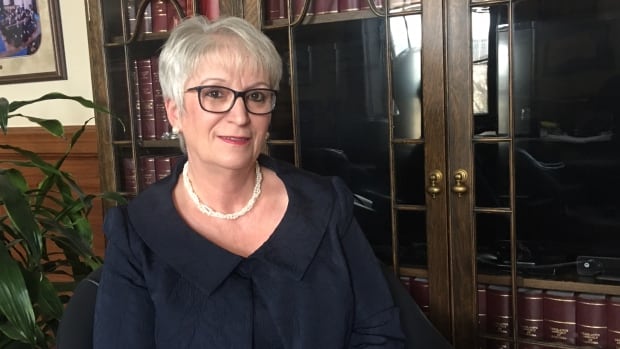 With her hometown “besieged” by COVID-19, the Manitoba MLA Eileen Clarke admits she was not thinking about her own health.

Worried about her mother, she battled COVID-19 at a Gladstone nursing home that is facing an outbreak. She thought of her husband, an undertaker, and those whom he buried from this disease.

It made Clarke dismiss her own health fears last month on a day she felt dizzy and nearly passed out several times.

The officer-elected only acted when she was running out of time, despite medics repeatedly saying that people in need of medical care unrelated to the pandemic should not wait.

“I was scared to go to bed and close my eyes,” Clarke recalled. “I thought I shouldn’t open it again.”

“Sometimes we neglect ourselves,” says MLA

Agassiz’s MLA, former minister of indigenous and community relations, speaks out because it doesn’t want fear of COVID-19 to prevent other Manitobans from getting the medical care they need.

“I have spent the past 20 months, like my colleagues and all of our health care providers, looking after the people of Manitoba and doing everything I can to ensure that everyone is well looked after,” said Clarke, 67.

“I think we neglect ourselves sometimes.”

This summer the MLA hit the headlines when it stepped down from the Progressive Conservative cabinet. She said comments from former Prime Minister Brian Pallister, suggesting that the colonization of Canada was carried out with good intentions, played a role in her decision. Pallister resigned a few months later.

On the morning of November 9th, Clarke’s focus was on the Gladstone nursing home coping with a COVID-19 outbreak. Several residents, including her fully vaccinated mother, became infected.

She didn’t want the Third Crossing Manor nursing home to be a replay of Maples, the Winnipeg residence that killed 56 people in an outbreak last year.

The recent COVID outbreak has stressed her, Clarke said. That morning she spoke to Health Secretary Audrey Gordon and Southern Health officials to seek staff help at the home.

When she finished the phone, “I had one case where I pretty passed out and thought, ‘Well, that’s a lot of stress,'” said Clarke.

She took it easy for a while. She later went to the garage for Christmas decorations, bent down, lost her balance, and possibly passed out.

Clarke recalls that her mind felt blurry, usually when she got up to stand or walk. It only lasted a few seconds at a time, so Clarke didn’t understand how serious he was.

“I think the reason I wasn’t too worried is that I could be awake and be fine.”

Her husband wanted to call 911, but Clarke hesitated. She was concerned about being rushed to hospitals where COVID-19 was spreading, such as neighboring facilities in Neepawa and Portage la Prairie with outbreaks.

“I didn’t want to end up in any of these hospitals.”

But about 12 hours later she realized that when she needed to fall asleep, she couldn’t wait any longer and didn’t know if she was going to wake up.

The paramedics found that she urgently needed a pacemaker because of her irregular heartbeat, so a temporary one was put in place. On the way to St. Boniface Hospital in Winnipeg, her heart rate dropped to just 19 beats per minute, Clarke said.

She spent a lot of time thinking about how precarious her life has become.

“I consider myself an intelligent person who makes sure other people are looked after, and I think that getting help for myself would not be so important to me,” said Clarke.

“I don’t know if I’m disappointed in myself, but it just scares me that it has come to this.”

“This is something that has happened many, many times during this pandemic, a variation on that theme,” he said.

“The emergency rooms may be full, the hospitals may be grappling with an outbreak, but other diseases will not go away – far from it.”

Heart problems are not new to Clarke. She was diagnosed with supraventricular tachycardia (SVT), an unusually fast or irregular heartbeat, years ago. She was treated but knew that at some point she would need a pacemaker.

Maybe that should have happened a year ago.

At St. Boniface, a medical professional said an old ultrasound suggested that Clarke may need a pacemaker at the time. Clarke can’t remember being told this urgency.

“To think that information was hidden in a file and I had absolutely no idea about it, I was walking on thin ice,” said Clarke.

Ruel, also chief physician of cardiac surgery at the University of Ottawa’s Heart Institute, couldn’t speak specifically about Clarke’s case, but said the ultrasound results may be interpretable.

Clarke has no ill will about her situation. She raves about the support and the professionals involved. She was in and out of the hospital in 16 hours.

She said the health system is coping as best it can with a pandemic that no one could have predicted. Every jurisdiction, including Manitoba, will have to adjust its healthcare system in the wake of the pandemic, she said, and is pleased that the prime minister has made a commitment.

Ruel applauded Clarke for using her public profile to encourage other people not to postpone the medical care they need.

During the pandemic, Clarke found that sharing personal stories from her life on her Facebook page – from the triumphs to the battles – has helped others. As an example, she describes her health scare that she documented last month.

In a recent Facebook post, Clarke wrote that she and her mother are feeling better after their individual health issues, but the ongoing outbreak at the Gladstone Nursing Home continues to weigh on her.

That goes for Gladstone’s challenges. She was the mayor of the township until she became an MLA in 2016.

“We’ll get through this and life will resume, but with every event like this it changes lives, some forever,” wrote Clarke.