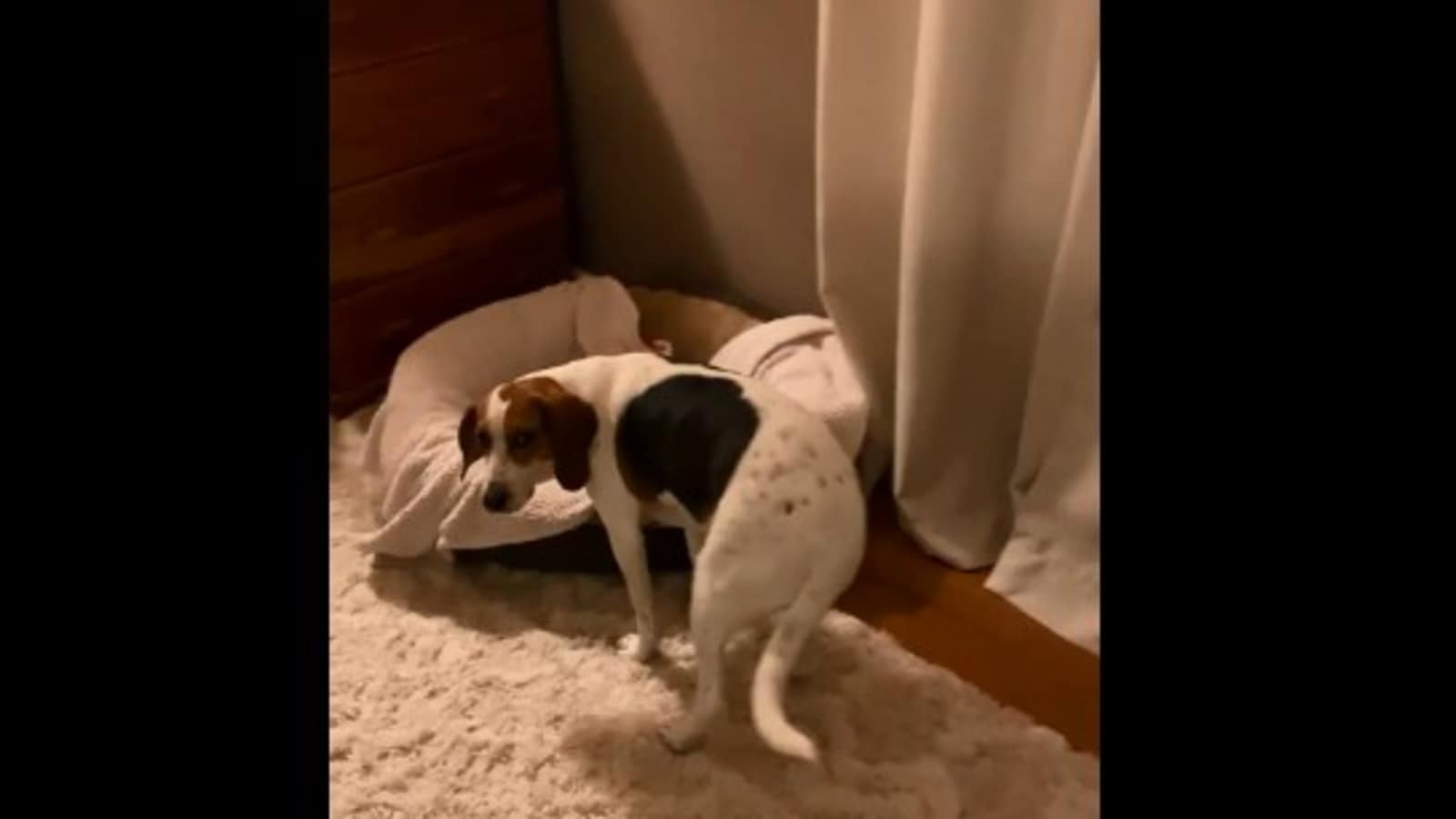 Dog parents will probably agree in unison if we say that the furry creatures have their particular ways when it comes to doing certain things. Be it eating or sleeping, there are certain things that the fur babies except their humans to do. Just like the instance showcased in this wonderful video. The clip shows how a dog waits for her human to tuck her in during bedtime.

The video is posted on Reddit with a short caption that explains what is happening. “My sweet girl will sit next to her bed at bedtime waiting to be tucked in,” it reads.

The video opens to show the dog standing next to her bed. Within moments, her human walks in and makes her bed. She then hops onto her bed, the human covers her in blanket and tucks her in.

Take a look at the super adorable video:

The video has been posted about 21 hours ago. Since being shared, the clip has accumulated more than 39,000 upvotes and the numbers are only increasing. The share has also prompted people to post various comments.

“She looked at you like ‘uhh my goodnight kiss?’,” posted a Reddit user. “Go back and pet her, you can’t put her to sleep without petting her head,” shared another. “Only circled once before laying down? Must be a tired girl, mine has to do about 8 circles before she flops,” wrote a third. “What a sweetie!” commented a fourth. “Aww my heart, can just tell she’s a gentle pup,” expressed a fifth.

“What a gorgeous hound! Is she a fox hound? Treeing Walkers?” asked to individual. To which, the original poster replied, “She’s a beauty! We rescued her so it’s hard to know with 100% certainty without dropping cash on one of those DNA tests, but she is mostly American Fox Hound as far as we can tell. She is definitely nose first, everything else second.”