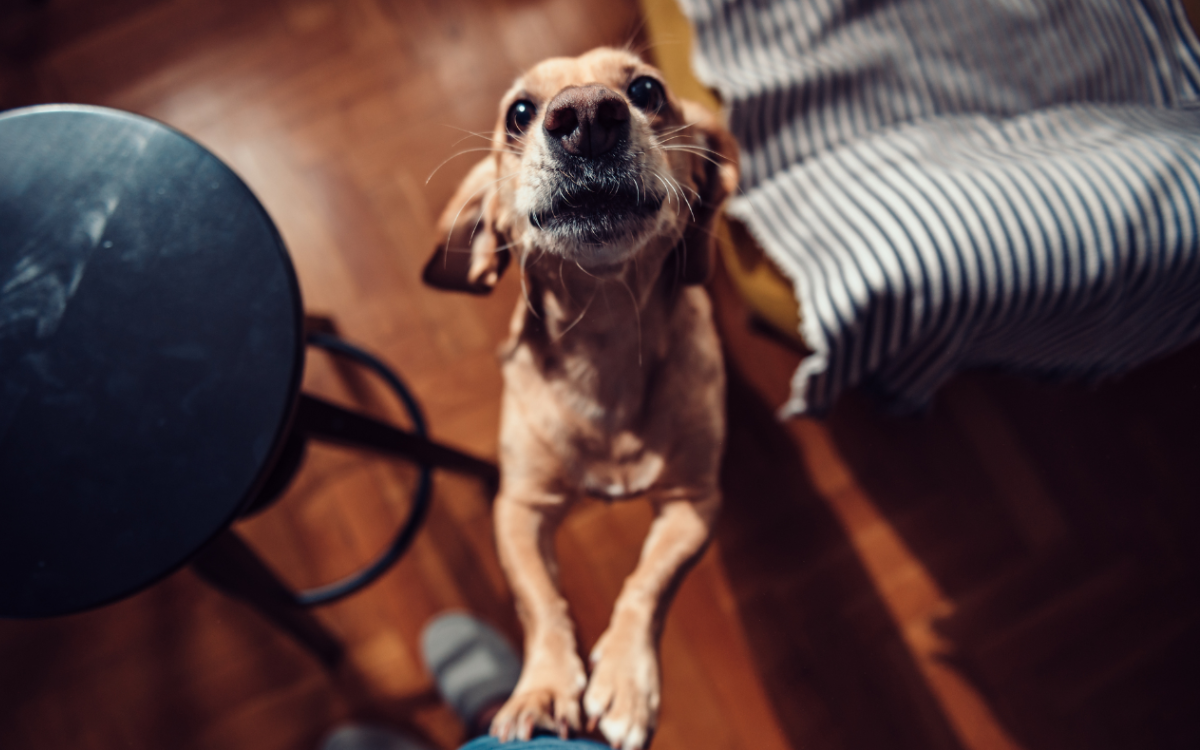 Adorable footage of a dog pleading with his owner to move her sleeping cat off his bed is melting hearts among animal lovers online.

In a video shared to TikTok by the pet owner, posting as Thompson Tails, the hapless canine, Trace, can be seen shooting sad looks in the direction of his human companion while his feline friend, Cornbread, sits snuggled up in the middle of the oversized cushions.

While cats and dogs are markedly different pets around the home, it’s still common to find them cuddled up together at the end of a long day.

A 2020 study published by the Public Library of Science saw 1,270 pet owners who had both a cat and dog quizzed on their behavior.

Many of the findings were as you would expect: 85 percent of dogs had a friendly relationship with their owner compared with just 49 percent of cats, while cats were more likely to ignore dogs than vice versa.

Despite these differences, 58 percent of the pet owners polled said their cats and dogs often slept alongside each other, while 11 percent slept side by side every night.

It could be down to the warmth of close contact, or maybe having a fellow animal nearby is a source of comfort, but developing this kind of closeness takes time.

That might explain why Trace is hesitant to wade in and sit alongside Cornbread. Another reason could be the fact he is a recently adopted rescue dog and is still likely getting used to his surroundings. Cornbread the cat may also be hesitant to share space at this time.

Regardless of his understandable apprehension, his reaction to the cat’s invasion of his private space struck a chord with many on social media.

“Awwwwww poor baby,” kunji2 wrote, with bellbottom2 commenting: “His little face is begging you.” Hawthorne, meanwhile, said: “Even doggos know you can never move a sleeping kitty. He has cuteness overload and so do I,” with Helene2290 adding: “He is so sweet.”

Trace’s response was a familiar one for many pet owners.

Veronica Kumburis wrote: “Awhhhh my dog ​​will do the same thing…let the cat lay in HER bed and she’ll lay on the floor but look at me for help!! Too cute.” Rbowden1 also confirmed: “Same drama happening at my house right now.”

Others felt a tinge of sympathy for the crestfallen canine. “Poor doggy,” Araceli said. “He knows not to mess with cats. Mommy has to step in.” Gwen Tipton agreed it was “that’s not fair to the dog.”

Regardless of the ongoing bed-based drama, however, Trace appears to be settling in well and mixing with his new cat pals. They’ll be snuggling up together in no time.