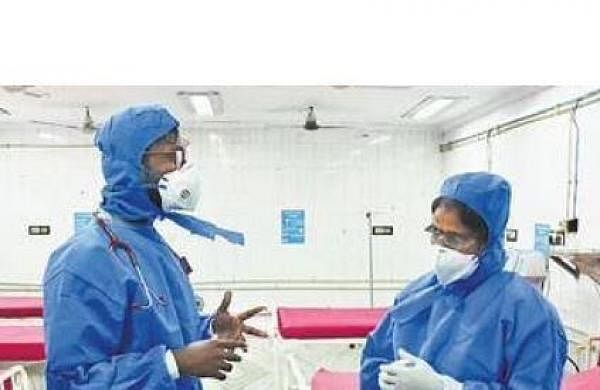 CHENNAI: With the spike in Covid-19 cases, bed occupancy has also started increasing across Tamil Nadu. On Wednesday, the State reported 771 cases and zero deaths. Test positivity rate (TPR) stood at 3.7% against 0.8% on June 6.

Doctors, however, said there was no requirement for oxygen for many patients. Dr R Jayanthi, Dean of Government Omandurar Medical College Hospital, said none of the eight patients on admission required oxygen support. Dr E Theranirajan, Dean of RGGGH, said the hospital had zero cases for several days but started receiving 1-2 cases over the last two weeks.

There were six patients on admission and none of them required oxygen support. Meanwhile, data from the DPH showed that prevalence of BA.5 variant of omicron in TN has increased from 4% in May to 25.2% in June so far. The Directorate of Public Health report said this could be the reason for the sudden rise in Covid-19 cases in the State.

Currently, BA.2.38 is the predominant omicron variant in Tamil Nadu in May (35%) and June (35%). A similar pattern was also reported from Maharashtra