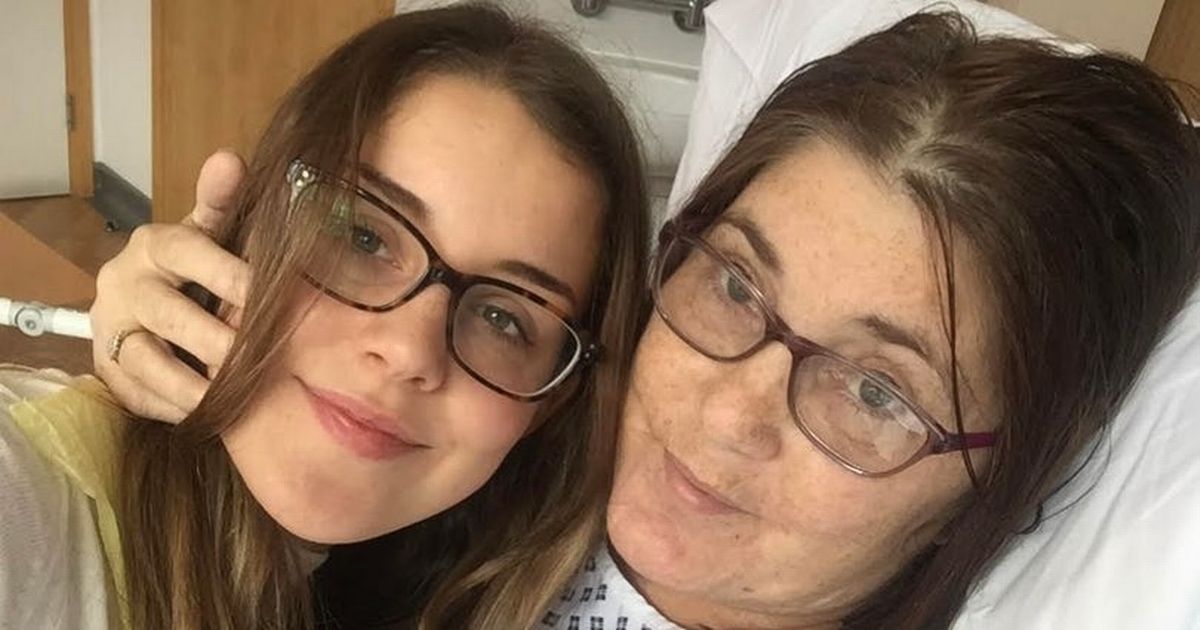 Paige Taylor had seen her mother Christine, 53, four days before her death at Darent Valley Hospital in Dartford and said she took a picture of her hand showing her jewellery

A disabled mother’s jewelry was stolen as she lay in a hospital bed dying of Covid, her daughter claims.

Paige Taylor had seen her mother Christine, 53, four days before her death at Darent Valley Hospital in Dartford and said she took a picture of her hand with four rings.

The 22-year-old, her brother and her mother’s partner visited her on the anniversary of her death, February 14, 2021, to see her one last time and asked that her jewelry and belongings be removed.

But after they left the hospital and arrived home, Paige said she noticed two rings and a bracelet her mother “loved” were missing, reports My London.

“Why would anyone steal a dead woman or an incredibly vulnerable woman? It’s awful to think about.”

Paige’s mother, Christine, said her rings were “the only thing keeping her here” before she died
(

Paige, a prospective barrister, told MyLondon that when she visited her mother in hospital, she asked the 53-year-old if she wanted to take the jewelry home, but she insisted on keeping it.

“It was something she bought, she loved jewelry and she said, ‘Paige, when I die, it will be yours.’

“They meant everything to her, she wore them every day.”

The Londoner took on the role of a young nurse for her mother at the age of 12 after her leg had to be amputated due to vascular problems.

The 53-year-old former elementary school teacher also suffered from early Alzheimer’s and the thought of someone stealing from her while she was vulnerable gave her daughter a “terrible feeling”.

She said: “[On the day she died] Since her hands were swollen, I had to use hand sanitizer to remove the jewelry to take them off.

“It was so hard to take them off anyway because she wore them all the time.

“To think that someone in I don’t know how could come up to her and take her jewelry off her body – it’s horrible to imagine.

“She was so vulnerable and couldn’t have cried out for help.

“Not only vulnerable to Covid but everyone around them and people saw this as an opportunity to take advantage of it.”

Paige claims she contacted the hospital on February 22, 2021 and was referred to the Patient Advice and Liaison Service (PALS) to file a formal complaint.

Two weeks later, on April 12, she emailed PALS but claims to have received no response.

She then claims to have sent a follow-up email in August 2021, but only received a reply six months later – today, Wednesday 26 January 2022.

“It just makes me feel like my mom doesn’t matter, and that shows in the way things were stolen from her body,” Paige said. “Nothing was done about it.

“At this point there are still more questions than answers and it has already been a year [since she died].

Paige later requested her mother’s medical records and made another shocking discovery.

When her mother was taken to the hospital, Paige claims that she was given instructions not to resuscitate without her knowledge.

She said: “When I found out I was shocked.

“We all knew she was fragile and had multiple health issues, but you know it’s so hard to understand someone playing God without telling you.

“I found out that when she went to the hospital less than 24 hours later in January, she had signed a non-resuscitation order without telling us and that she was only 53 years old.

“I’ve never heard from a doctor why they did it.”

Paige said her mother wouldn’t have agreed because her early onset Alzheimer’s disease confused her.

She added: “She also had early onset Alzheimer’s, she didn’t know Covid was going on. She was probably scared and confused and probably thinking, ‘Why isn’t my family here?’

“She would not have been able to agree to any orders or understand what they were doing.

“I’ve always wanted to be able to fix and sort things.

“When something is wrong, to make it right, and I did that when I was taking care of my mother.

“And to think that I had absolutely no control over what would happen, it’s hard to come to terms with someone thinking it was okay to do that without letting us know.”

Darent Valley Hospital has confirmed that the case is being investigated.

A spokesman for the hospital said: “We have been in touch with our PALS, complaints and medical teams and can confirm that this case is currently under investigation. As such, we cannot release any information until a formal close has been reached.”