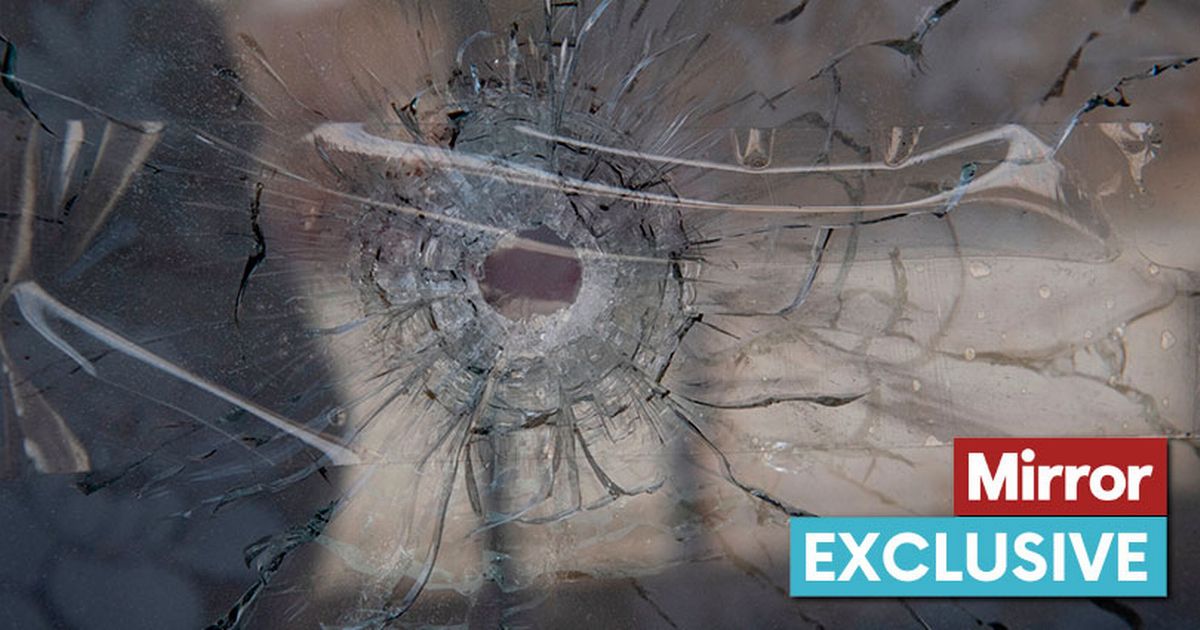 The devastation and heartbreak left by retreating Russian troops north of Kyiv would be unimaginable if it weren’t there to see.

As Ukraine is left reeling by the depraved nightmare of the rapes, torture and murder in Bucha, fresh horror claims about the cruelty of Russian troops emerged yesterday.

A priest executed. A man stripped and robbed at gunpoint. And then – a 77-year-old disabled grandmother shot dead at home.

Eleven more civilian corpses were discovered at Hostomel airport, in Kyiv, all apparently used as target practice by snipers.

These claims about the dead people found in Hostomel were made by Ukrainian officials yesterday.

As we traveled through battle-scarred streets in once-leafy villages north of Kyiv city it seemed nobody we met had been left unscathed by Russia’s occupation.

Svetlana Mykolayivna was shot dead through her window
(

On the outskirts of Ivankiv, 50 miles north of the capital, an elderly man told us dismissively: “Go in if you want – our lives and our community are ruined. ”

On the road north out of Kyiv Russian T-72 tanks blasted into impossible shapes litter the roads every few miles along with cars crushed and bullet-stitched.

The corpse of a Russian soldier is dumped in a body bag near a lay-by.

Surgical gloves discarded nearby suggest somebody had tried to save his life.

Svetlana pictured as a young woman
(

As we walk away from the dead body an elderly man who tells everybody he is searching for his grandson approaches it and kneels down to look closer before taking a picture of it.

It is hard to know if he was dreading finding his grandson or reveling in the death of one of the now and deeply despised enemy.

This is a town that has only just been opened up for journalists and its locals are eager to talk, apparently all in a state of shock.

A Ukrainian resident of the village Kozarovychi, north of Kyiv
(

Terrified, she lit her lantern and was shot dead by an assault rifle through her window, according to her devastated neighbors.

Her daughter Irina, 52, who lives 200 yards away, said tearfully: ”They shot into my mother’s house, woke her, then shot her once she lit the light.

“I am too upset to go to her house. I don’t know what I can say – it won’t bring her back. They were killing civilians here. Nobody knew this would happen. It’s so shocking.”

A damaged truck in the village
(

At Svetlana’s one bedroom bungalow one of the tracer rounds lies near the bloodied carpet where she lay, Her false teeth are on the floor, her walking sticks leant against the wall.

Andrei is in shock as he speaks quietly, pointing at his mother-in-law’s photos of her grandchildren, his own children, – and her as a beautiful young woman.

We tell him lamely through a translator that Svetlana, once a newspaper delivery woman and a cook, kept a tidy home.

Surveying the debris and bullet scarred walls and debris, he said: “She did. Look what the Russians did.

“We knew they were here. We could hear the noises and the shooting but never thought they would shoot civilians deliberately.

“My wife cannot come here. She refuses. It is too upsetting. Yes it was me who found her. All she did was put a light on and then they knew she was there and killed her.”

Mykola Koske’s restaurant has been destroyed
(

Just a few miles away Mykola Koske, 59, stands in shock looking at his life’s savings and the past 15 years of work blown away by Russian rockets.

He ran the hugely successful Hunter’s Lodge restaurant, which is now destroyed.

Mykola says: “It’s my life work. I spent about 20 years building up this business and now it’s in ruins. I have no idea what I want to do now.

“It was Russian troops when they arrived early in the war – they just came and blew it up.

“As if that weren’t bad enough, they stole every knife, fork and spoon. Even the plates and the cups.

“But that’s not all I lost. My friend Olek was shot dead by the Russians for no reason and also the local priest was shot by them.

“I don’t know his name but a lot of people here actually knew someone who has been killed by the Russians.”

Sometimes the depravity of these stories takes a bizarre twist and highlights the insanity of many of the troops who committed this barbarity.

Andre Lovrenko, 37, another local man was walking home one evening after visiting a friend to take food to him when Russians troops pounced, holding him at gunpoint.

Asked if he was scared he was going to be killed he flashes a defiant stare and says firmly: “No I will never be scared of being killed by Russians.

“They took me down to the river and stripped me naked. This was on the first day of the invasion.

“They held me at gunpoint and kept calling me a fascist, that stupid, crazy line, they keep saying about Ukrainians.

“They were really stupid. They stripped me and took my money, all of my clothes. They stole the lot from me and left me naked.

“Then in front of me, after stealing my clothes which they actually wanted, they tore up my passport in front of me. It’s crazy.”

In the village of Kozarovychi, 30 miles north of Kyiv, occupied the community for weeks before leaving suddenly at night a few days ago.

Volodymyr Furs, 67, says out of a population of around 2,000 at least 300 people are missing, including his close friend Ihor Shostak, 50.

Asked what he suspects happened to his friend he said: “Somebody told me his body was found in another village with his hands tied behind his back, shot dead.

“This is a story we have heard so much here. Everybody is in shock.”