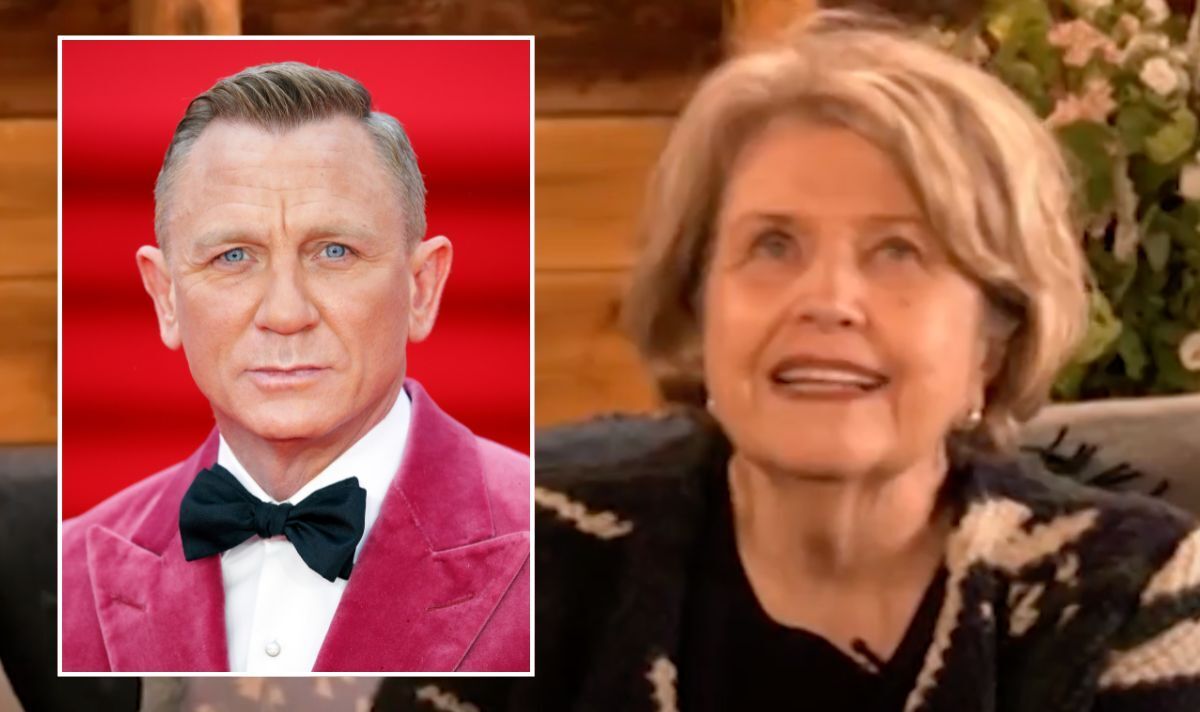 Anne Reid, 86, who is better known for her roles in Dinnerladies, Sandition and The Last Tango in Halifax, appeared on ITV’s Love Your Weekend with Alan Titchmarsh where the TV actor spoke about her illustrious career in show business. When recalling her previous works, the starlet revealed how she “got into bed” with Daniel Craig while filming Roger Michell’s smash-hit drama The Mother.

The film followed May (played by Anne Reid) who is a middle-aged grandmother who lives in Northern England with her husband, Toots (Peter Vaughan).

When Toots tragically dies while the couple is visiting their children in London, May begins to feel a sense of isolation and falls into a deep depression.

Viewers see May take refuge in the arms of Darren (Daniel Craig), a burly handyman who is not only half her age and married, but also sleeping with her daughter, Paula (Cathryn Bradshaw).

When discussing the film, host Alan prompted the actor: “The unlikeliest of things can happen as well because an older woman got to go to bed with Daniel Craig.”

Furthermore, Anne went on to address her part with Daniel saying: “I still can’t [believe it]every time I say it, I think I’m making it up.

“I actually got into bed with Daniel Craig,” the Sanditon star told presenter Alan.

“It doesn’t seem so very likely,” she giggled as Alan confirmed the film was titled “The Mother” for viewers at home.

Anne went on to reveal: “When we got into bed, you’ve probably read, I said to him, ‘I hope this doesn’t look like Thora Hird and Tom Cruise’.”

“He did laugh,” she added while Alan was left in awe of the actor’s story.

Viewers at home praised the award-winning actor for her “interesting stories” on the ITV programme.

On Twitter, @EdgarIrene wrote: “I really enjoyed that interview with @AnneReidActress!

“She is such a lovely person to listen to … no pretensions and has such interesting & funny stories to tell!”

They went on to add: “Must be a treat to interview too! #AlanTitchmarsh #LoveYourWeekend. (sic)

While one fan was delighted to see Anne along with Susie Blake, as the pair reflected on what it was like to work with the late comedy legend Victoria Wood.

@ChrisRhydderch remarked: “How lovely to see Victoria Wood alumni @AnneReidActress and Susie Blake on #AlanTitchmarsh #LoveYourWeekend reminiscing about the great lady herself.”

They went on to tell their followers: “She left us far too soon.”

Anne also discussed the popular series, The Last Tango in Halifax, which is in its fifth season of the BBC comedy-drama featuring Sarah Lancashire, Nicola Walker and Derek Jacobi.

Love Your Weekend With Alan Titchmarsh airs Sunday on ITV from 9:25am