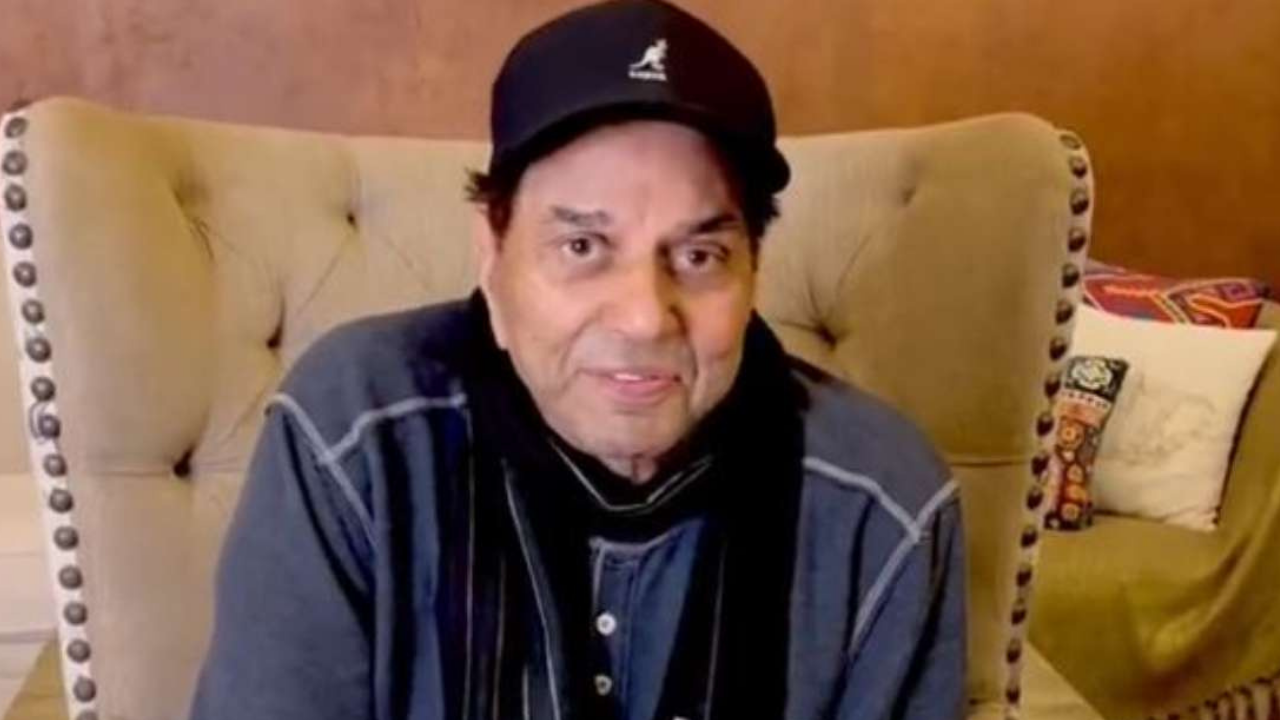 veteran actor was hospitalized for the past couple of days. However, now his fine and well. As the actor is back at home, the first thing he did was to tell his fans that he is doing better as he was rumored to be in the Intensive Care Unit (ICU). In a video message, Dharmendra said that he suffered a “big muscle pull in the back”.

He urged his fans not to go overboard and exert oneself physically. He told them that he was in the hospital for the past few days but now he is back at home. Telling them not to worry, he said that he will be careful from now on.

“Friends, don’t do anything over. I did it. I suffered a big muscle pull in the back. So I was in the hospital. I am back with your good wishes and His blessings. So don’t worry. Now I will be very careful. Love you all,” the veteran actor said in the short clip.

Dharmendra was reportedly admitted to Mumbai’s Breach Candy hospital for the last few days. While the cause of his hospitalization was unknown, an update was being anticipated.

According to news agency PTIa source close to the family had stated, “He was admitted to hospital for a routine check-up and he is completely fine. He is at home now.”

Dharmendra is quite active on social media as he likes to interact with his fans by sharing glimpses of his life. From showing videos of his massive garden to sharing some anecdotes about his life, the Sholay star never fails to grab an opportunity to stay connected with his fans online.

On the work front, will be seen in apnea 2which is expected to release in 2023. The first installment of the film was released in 2007 and featured Sunny Deol, Bobby Deol, Katrina Kaif and Sushmita Sen.