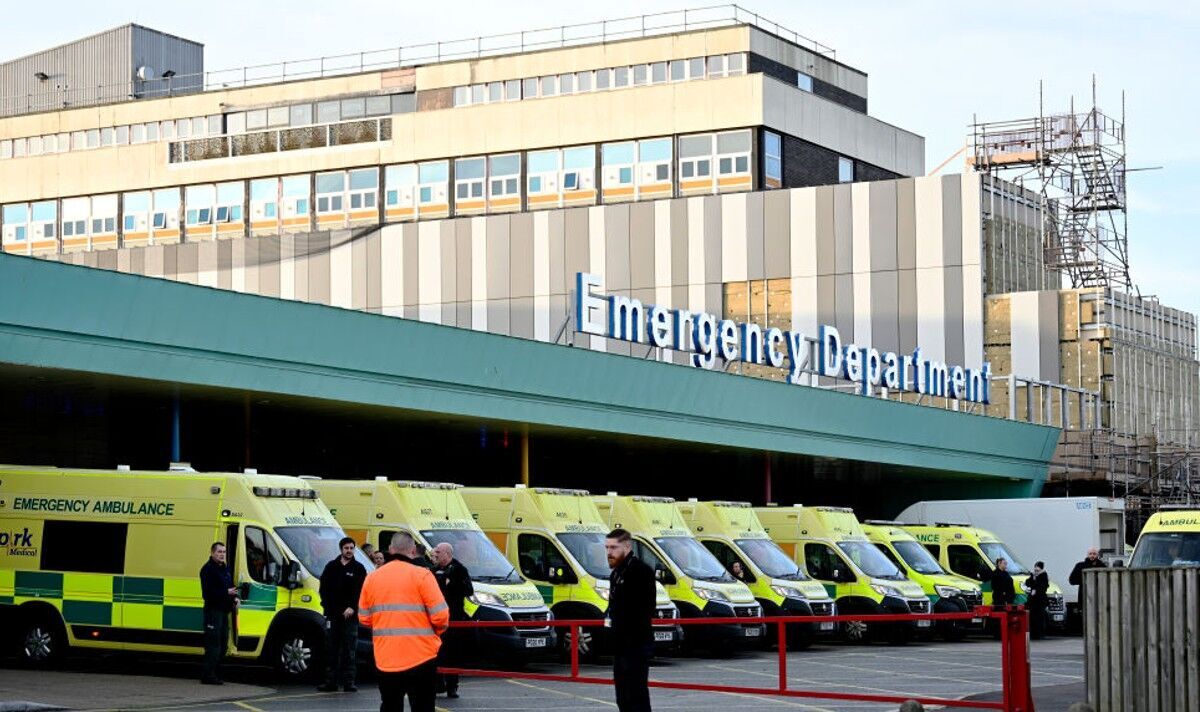 An elderly woman with dementia was made to wait five hours for an ambulance, before spending three days being treated in an A&E corridor. Her ordeal is just the latest in a number of incidents that have highlighted the stretched resources faced by many NHS hospitals and the prevailing crisis in UK health care. Susan Roberts, 72, called for an ambulance after she fell at her Liverpool home on December 9.

She was made to wait three hours before an ambulance crew eventually turned up to attend to her. However, she was afraid of going to the hospital and refused to leave her house.

The pain eventually became so unbearable that she was forced to call for another ambulance on the next day. This time she waited two hours for the arrival of the paramedics and was duly taken to Liverpool’s Aintree Hospital.

On arrival, she was met by “horrific” scenes that resembled a “war zone”, according to her daughter.

Adele Browne said her mother spent three days in a hospital corridor alongside many other patients, before a bed became available.

Ms Roberts was so traumatized by the experience that she was left screaming in fear. Her daughter told The Independent: “She hates going into the hospital anyway because the hospital where she has to go is our local hospital, where my dad died.

“So being in the corridor for three days was awful, and exacerbated the stress that she feels. For anyone to spend three days in a corridor is barbaric.”

He explained: “Our staff are working incredibly hard throughout the hospital to provide safe care for patients in what are extremely challenging circumstances and to manage these pressures.

“This includes triaging patients on arrival, prioritizing care according to clinical needs, and regular reviews and safety checks to monitor and support patients whilst they are in the emergency department.

“We appreciate how difficult the current situation is for patients, their families and our staff. We would like to thank the public for their continued support and kindness at this time.”

The NHS has been hit by a series of strikes over the past few weeks, as staff seek better pay and work conditions.

January will see further industrial action from ambulance staff and nurses, as unions attempt to force the Government into concessions.

Ambulance staff are scheduled to strike again on January 23, while nurses will walk out for two days on January 18 and 19.

Physiotherapists are also set to walk out on January 26 and February 9.

The Royal College of Nursing is calling for a 19 percent increase, while ambulance workers also want above-inflation pay rises.

NHS staff in England and Wales, including nurses, have already received an average increase of 4.75 percent.

The lowest paid were guaranteed a rise of at least £1,400.