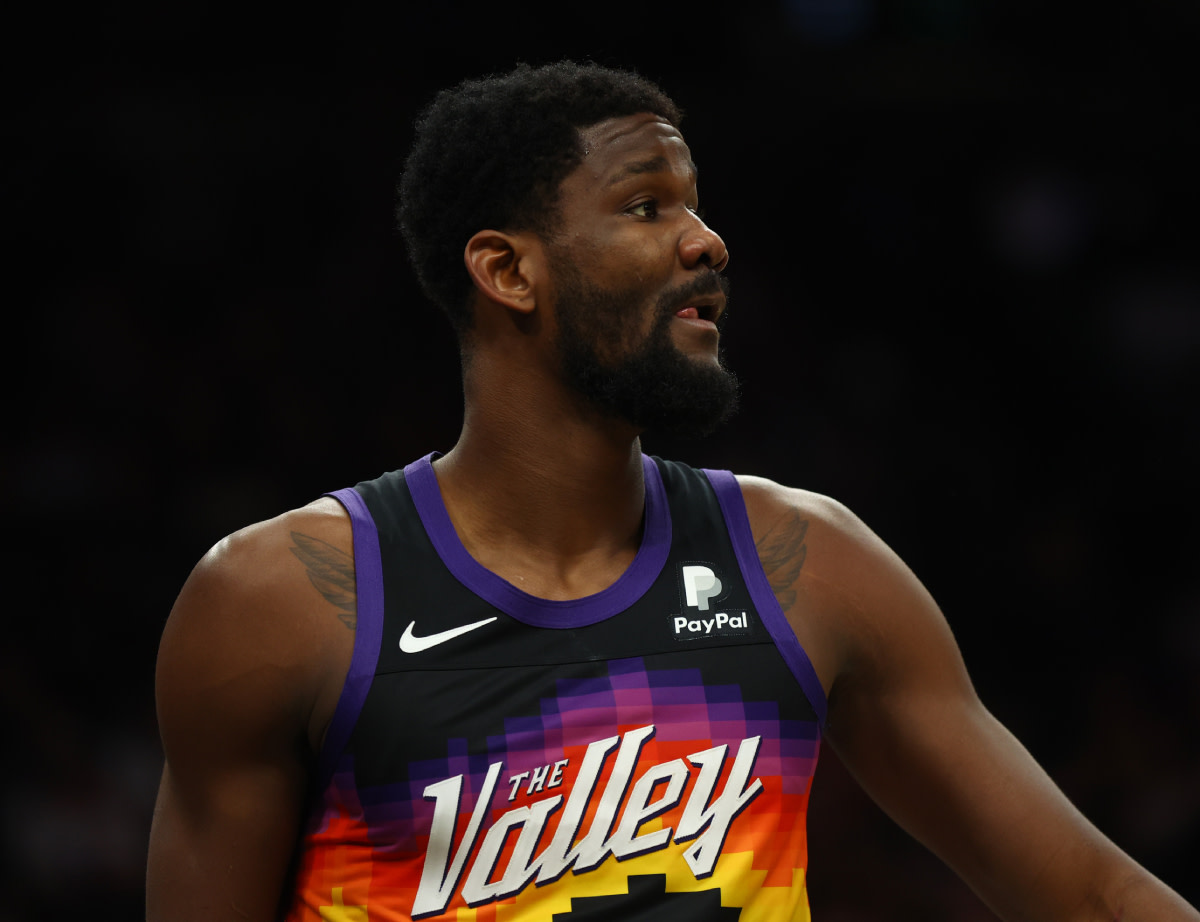 Deandre Ayton isn’t having the best time currently. His future is in serious doubt after Phoenix refused to give him the max extension. Ayton will be a restricted free agent this offseason and there is the added wrinkle of his reportedly heated exchange with Monty Williams during the embarrassing blowout loss against the Dallas Mavericks in Game 7 in which he was benched for almost the entirety of the second half.

The life of an NBA player is always tough at the highest level. There is a lot of pressure, especially for the ones playing on contending teams. And while Ayton has to deal with all of that, his recourse to do is gaming. In an interview with ESPN, Ayton explained that he often plays on his console till very late into the night, sacrificing sleep for his hobby:

“‘It’s so hard for me to sleep after long games, especially big, long games,’ Ayton explains. ‘I don’t know why, but I occupy my time with the game. I connect with some of my people. I got brothers in the UK. I got family in Jamaica and the Bahamas. During that game, we talk our smack. Whoever we just beat up on, we talk about it and laugh about it. I ain’t going to bed until 4 or 5 that’s how serious it gets.'”

“Ayton typically wakes up around 6 am after only getting about two hours of sleep. There’s time for a quick round of gaming after eating breakfast, then he’s off to practice. Then it’s back home to finish talking trash and practicing moves on the virtual court . On game days, Ayton is focused, but that schedule still includes time for video games.”

While it’s a good thing to have hobbies, it’s also easy to see why his propensity to sacrifice rest for video games might put some doubt in teams’ minds when acquiring his services, especially on a max contract. It’s not the biggest issue ever, but it will be interesting to see what the narrative around Ayton becomes if he fails to take the next step and become a legitimate superstar in the league.