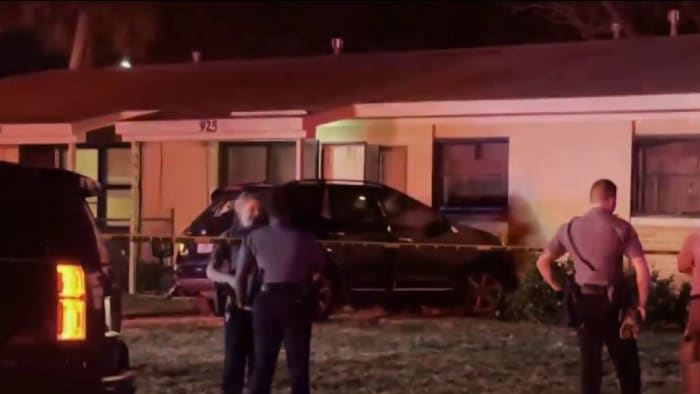 DAYTONA BEACH, Fla. – A man was arrested Friday night after allegedly firing a gun on a residential street in Daytona Beach and later driving a car into a house, police said.

According to the Daytona Beach Police Department, officers were dispatched to the South Caroline Street and Cedar Street area at 10:20 p.m. regarding a shooting. Police heard a loud bang and were soon approaching a black car that had crashed into the front bedroom of a home on Cedar Street.

Officials arrested Robert Hargrow, 38, of Daytona Beach because he matched the description of the alleged gunman and was seen running from the crash, according to an affidavit.

Records show that a woman who was injured in the accident was lying on her bed in the home when it happened. Police said she was taken to hospital with a broken foot. Several bystanders told police Hargrow was driving the vehicle that hit the home, the affidavit said.

The homeowner told police he heard people outside shouting “That’s him” just before the accident, and a neighbor said Hargrow had a gun pointed at her in the street as he drove past earlier that day, they say in the affidavit. Another neighbor said she saw Hargrow standing on South Caroline and Cedar streets with a gun after hearing gunshots in the area, police said. According to police, two firearms were found in the car involved in the accident.