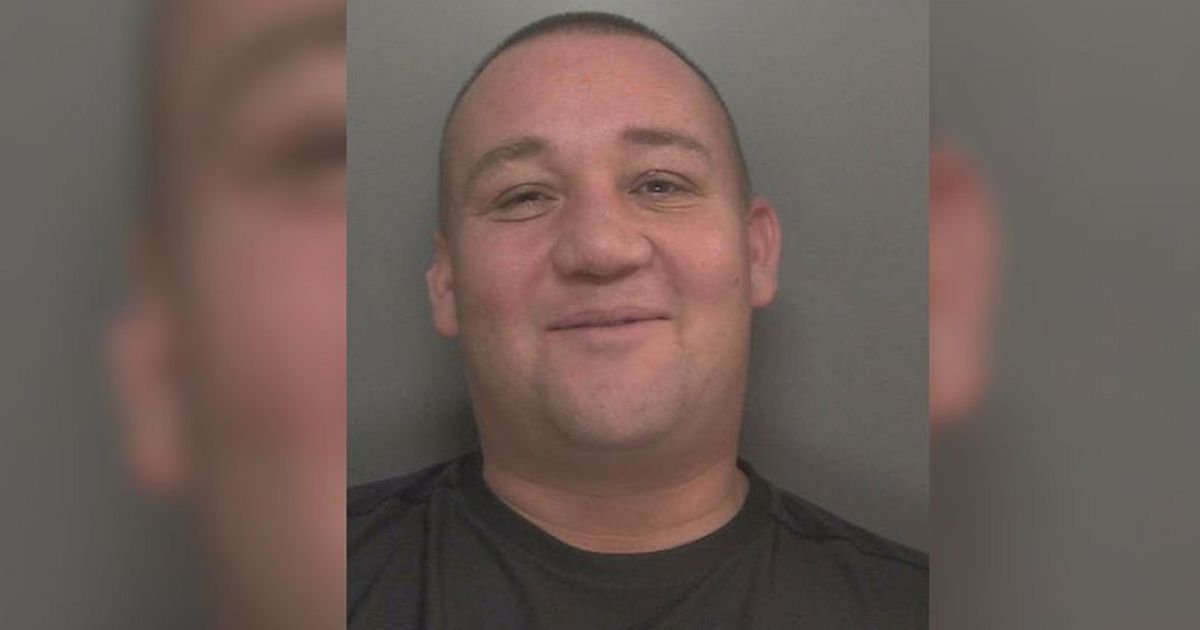 A father slapped his ex-partner in the face in a cocaine attack before hiding under the covers when she contacted police.

Christoper Halewood, 39 years old, showed up at the house of his unnamed ex-partner and attacked her after taking cocaine and going to her address when he was prohibited from doing so.

In the attack, Halewood slapped his victim in the face and tugged her hair down the hallway before attempting to throw an empty vodka bottle and iron at her, as reported by Liverpool Echo.

A judge described the father of four as a coward and a tyrant on January 10 at Liverpool Crown Court.

Prosecutor Sarah Griffin said Halewood was invited to his ex-partner’s home in July after he was released from prison after being convicted of sending threatening messages and carrying a bladed weapon.

She had received an injunction against him but invited him to her home after one of her children said she wanted him to be at a family reunion.

This visit was uneventful, but Halewood reappeared the next morning.

Full of cocaine, he slapped his ex in the face, then grabbed her hair and dragged her down the hall.

Halewood then followed the woman upstairs as she tried to escape, ran into her bedroom and threw her an iron and a bottle of vodka.

At this point, the woman managed to break away from him and call her mother.

After Halewood overheard the conversation in which the women agreed to call the police, Halewood hid under sheets in her bedroom before calling a cab and leaving.

He later tried to contact her by text and phone on two other occasions.

Peter White, who defended himself, said there was little that could mitigate the attack, but said the restraining order violations on the other occasions were mainly driven by Halewood’s deep desire to see the three children who were he shares with his ex.

He appealed to the judge for a suspended sentence, citing notes from probation officers who said they could work with him and that he had not been offended since August.

Even so, Mr. White said, “He’s no fool, Your Honor. Today he brought his bag with him. I can only ask the court to give him this one chance. “

But the judge, recorder Ian Harris, said custody was the only option for Halewood, who has a number of previous convictions for alcohol, drug and vehicle offenses dating back to 2005.

Regarding the attack, Recorder Harris said Halewood showed his true colors in his response to his ex’s call to her mother.

He said, “You heard the conversation and, like the bully and coward that you are, tried to hide and then escaped the house in a taxi to leave the scene.”

Recorder Harris said it was important to detain the 39-year-old to protect the public and deter offenders, especially given Halewood’s apparent failure to improve his behavior following his last conviction.

He said, “It appears that you have not learned anything about how to behave from your previous sentence and post-prison custody.”

Halewood of Roseside Drive, Netherley, was jailed for 30 months after convicting him of assault and violating four injunctions.

Don’t miss the latest news from all over Scotland and beyond – sign up for our daily newsletter here.