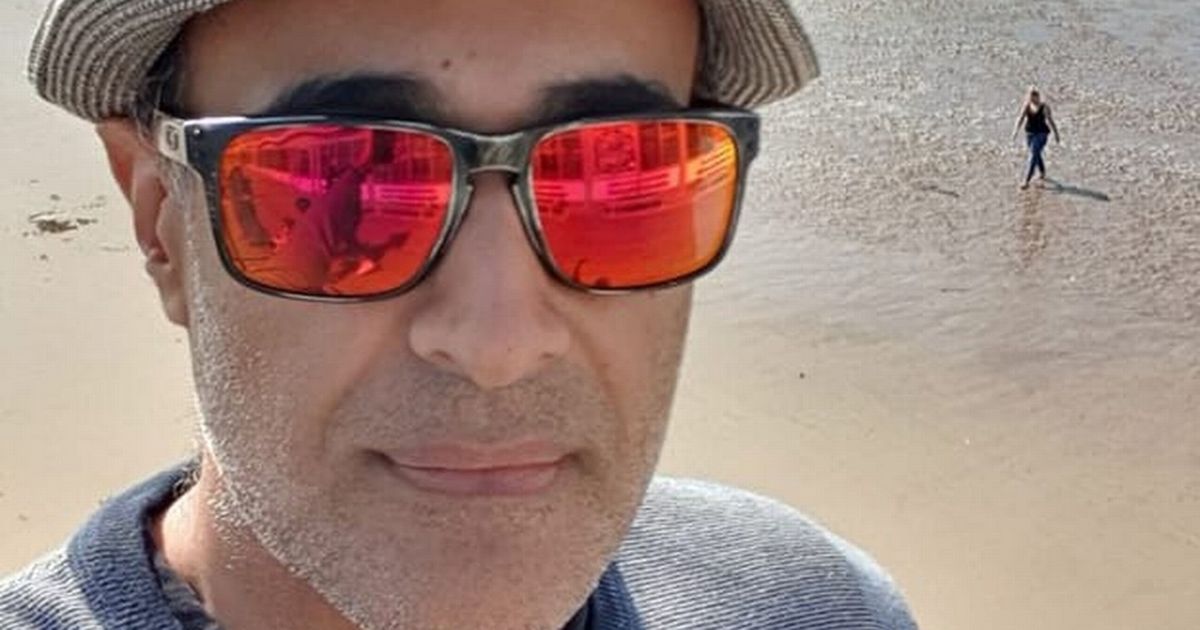 A dad who took his family on their first holiday in the Peak District was left horrified when he said his four-year-old daughter found a needle underneath her bed. Munir Dahya took his heavily-pregnant wife and three children to the Palace Hotel in Buxton on their first trip away after the pandemic, but claimed he found a host of problems during their £268 stay.

The 51-year-old, from Birmingham, said that his young daughter was exploring the bedroom in what was her first real holiday, and made the grim discovery just minutes after walking in when they arrived on April 18 for a two night stay. Mr Dahya said when he raised the issue with staff he was offered a free afternoon tea, and after leaving negative reviews was then offered a one-night refund which he was given despite refusing the offer.

He claimed a search on his phone suggested that the hypodermic-type needle came from an insulin syringe used by people with diabetes, but he did not know for certain. He said he is yet to receive any kind of apology from Britannia Hotels, which owns the site, and Mr Dahya says the experience ruined the holiday.

He said: “Kids like to get into little corners – she was too young the last time we went to a hotel, so she was exploring. She likes going into small spaces and under the bed, she found the needle.

“We didn’t know how long she had been holding it for. She handed it over to her mum but we had to make sure she dropped it.

“They haven’t apologised, about the needle, so it clearly isn’t of concern to them. It should have been their priority, and recently I sent my final email as I am really, really concerned that this may happen again because when we had phone calls from Britannia, no-one ever asked is our daughter OK.

“God forbid, if there was something on that needle that had been used for example, anyone could have touched it. A child, an adult, anyone and there could have been consequences.”

Mr Dahya, who also traveled with his two sons, says he found a host of other issues across the two rooms he had booked for his family, including a moldy and smelly shower curtain, broken and stained furniture and dirty facilities. In a damning one out of five review left on TripAdvisor, Google and Trust Pilot, he described it as a “health and safety disaster” and said he “could not stress enough how misleading the hotel photos are”.

Britannia has 61 outlets across the country, but the Palace Hotel is the only one in Derbyshire. The chain has come bottom of the annual survey of hotel chains completed by Which? for the past nine years.

After Mr Dahya complained to the assistant manager, he said he was told by Britannia Hotels head office that staff were on “a bit of a jolly” due to the manager being on leave. He added that the bed was so uncomfortable his wife was unable to sleep and that the food was so unappetizing he had to pay for breakfast elsewhere on the second and third day of the trip.

He said: “We hadn’t been on holiday for a good couple of years, so we were really looking forward to it, and we’d never really been to the Peak District. We searched last minute, but normally I’m one of those people who will do their research and look around all the main companies, but we chose this based on availability.

“We went and the entrance as you walk in is fantastic, it’s beautiful and has that period feel to it. But it becomes obvious quite quickly that it is quite run down and that there are service issues. I remember triple-checking on my phone that it was a four-star hotel, and as things progressed we realized we’d probably made a bit of a mistake.

Mr Dahya and his family were regular travelers prior to the pandemic, staying in hotels once a month on average. He says the experience at the Palace Hotel was “truly appalling” and that he will never return.

He added: “As a family with young children, a hotel is your base and a place where you need to be feeling secure and almost at home, and have a certain level of service as a four-star hotel. That way, you rest in peace and knowing you have support around you if there is an issue or if you need something.When staff go the extra mile and you get a smiley face and people go out of their way, it makes it even more enjoyable.

“It was truly appalling, absolutely appalling. I was seeking, as a minimum, a full refund. Initially it was an afternoon tea and I said there was absolutely no way we would be going back. Yes its about getting a refund but I want to see how seriously they are taking this.

Its reviews are evenly spread, with over 730 “Excellent” and 1,160 “Very Good” reviews, but over 760 “Poor” and over 800 “Terrible” scores. Responding to Mr Dahya’s review on TripAdvisor, a spokesperson for the hotel did not mention the issue of the needle found under the bed but said other issues were rectified at the hotel.

They said: “I have raised your concerns regarding check in with the Reception Manager as we have many positive comments on our reception team, as this is not the usual standard of check in. We do have one lift within the hotel which we understand is slow due to the age however it is in full working order.We are currently undergoing renovation works and as you can appreciate this does take time with 186 bedrooms.

“I see you booked two rooms, as stated – you did not leave a comment that you wished the rooms to be close together however you booked one triple room and one compact double and as the bookings were under the same name and our compact double rooms are not located near the triple rooms, we upgraded the compact double to a double standard ensuring you were as close as possible.However as stated at the hotel, there are many different room types on each floor so we did allocate them as near as we could.

“You never mentioned the TV or TV remote at the time when speaking to the management team, however our Housekeeping Manager rectified the other issues you raised. You were offered dinner prior to the leisure passes however you declined dinner so as a gesture of goodwill we included the leisure passes as you booked a pre-paid, non-refundable booking.

“No other complaints were made regarding breakfast on that morning. The issues were rectified at the hotel, and I have passed your comments onto the management team.”

Derbyshire Live tried to contact Britannia Hotels but received no acknowledgment of our request for a comment.