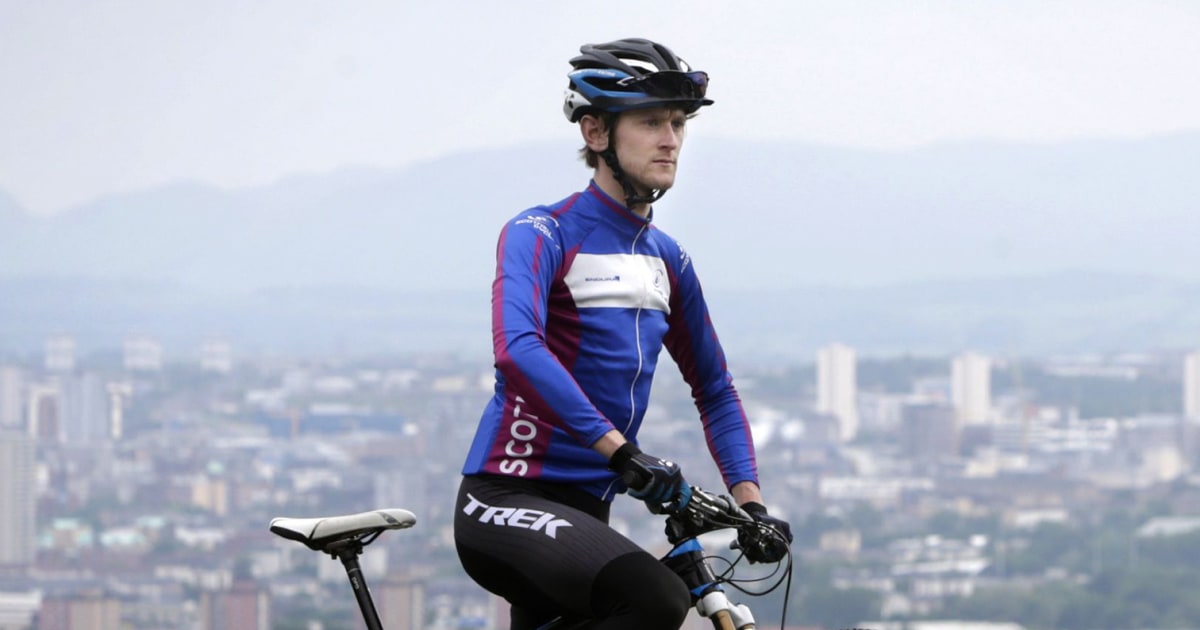 A Scottish cyclist died unexpectedly on Tuesday, his partner said, days after he won a national mountain biking race.

Rab Wardell, 37, went into cardiac arrest while he was lying in bed, his partner Katie Archibald said in a tweet.

“I still don’t understand what’s happened; if this is real; why he’d be taken now — so healthy and happy,” Archibald said.

“I tried and tried, and the paramedics arrived within minutes, but his heart stopped and they couldn’t bring him back,” she continued. “Mine stopped with it. I love him so much and need him here with me. I need him here so badly, but he’s gone. I can’t describe this pain.”

Scottish Cycling said in a statement that it was “devastated” to confirm Wardell’s death.

“We have very little information at this stage, but we send our love and support to his family, friends and all those in the cycling community who knew him,” Scottish Cycling said.

Wardell had just won the elite men’s title in while racing at the Scottish MTB XC Championships in southern Scotland on Sunday, according to Scottish Cycling. Wardell’s bike sustained three flat tires throughout the race, but Wardell managed to finish on top.

“I pressed on up the climb and managed to get a gap,” Wardell told Scottish Cycling after his win. “I did manage to get a flat on the way down though! In hindsight I maybe would have been a bit more cautious, but it’s hard because it’s fun on that downhill!”

British Cycling said everyone at the organization is “deeply saddened” to hear of Wardell’s death.

“Rab was a brilliant rider, friend and ambassador for our sport, and will be sorely missed by so many,” British Cycling said in a statement. “Our thoughts are with his family and many friends at this incredibly difficult time.”

Wardell was born in Dunfermline, Scotland, and started cycling and mountain biking as a sport at age 15, according to his online biography.

“As soon as I started mountain biking in my teens I fell in love with the adrenaline rush and adventure of being outside,” Wardell said on his website. “If it has two wheels and handlebars then I’m probably going to like it.”