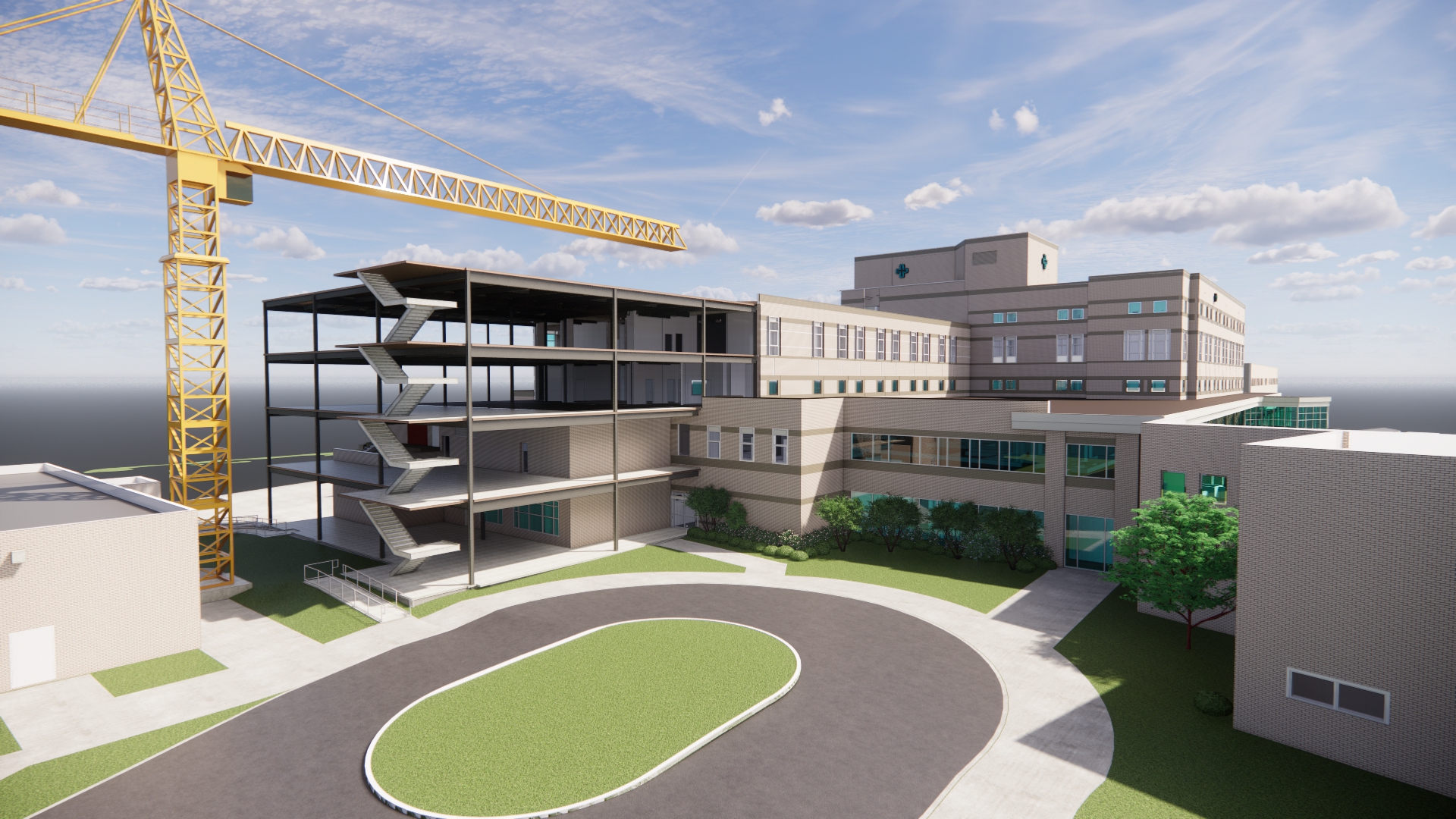 The workhorse of the tower expansion is a 130-foot ballasted tower crane used to place the steel foundation and framing to extend the hospital’s west bed tower by 84 feet, which will enable the hospital to add 13 new critical care and 12 medical/surgical patients rooms. The tower expansion also includes previously completed renovations to existing spaces which created five additional beds for a total of 30 new beds.

“It’s imperative that North Alabama healthcare systems like Cullman Regional invest in facilities, technology and talent to meet the future healthcare needs of our rapidly growing region,” said Cullman Regional CEO James Clements. “We’re thankful for a visionary Healthcare Authority Board that believes in our hospital, and for our partners in progress – Doster and TRO.”

Also included in the $30 million expansion, Doster will complete construction on the hospital’s emergency department (ED) this summer. The project will feature a larger, more modern patient lobby and increase ED capacity by 80 percent. Both the ED Expansion and Vertical Expansion projects were designed by TRO Jung Brannen Architects.

Doster Construction Company has completed more than 1,500 healthcare projects across the country and is consistently ranked by Modern healthcare as one of the nation’s top healthcare contractors.