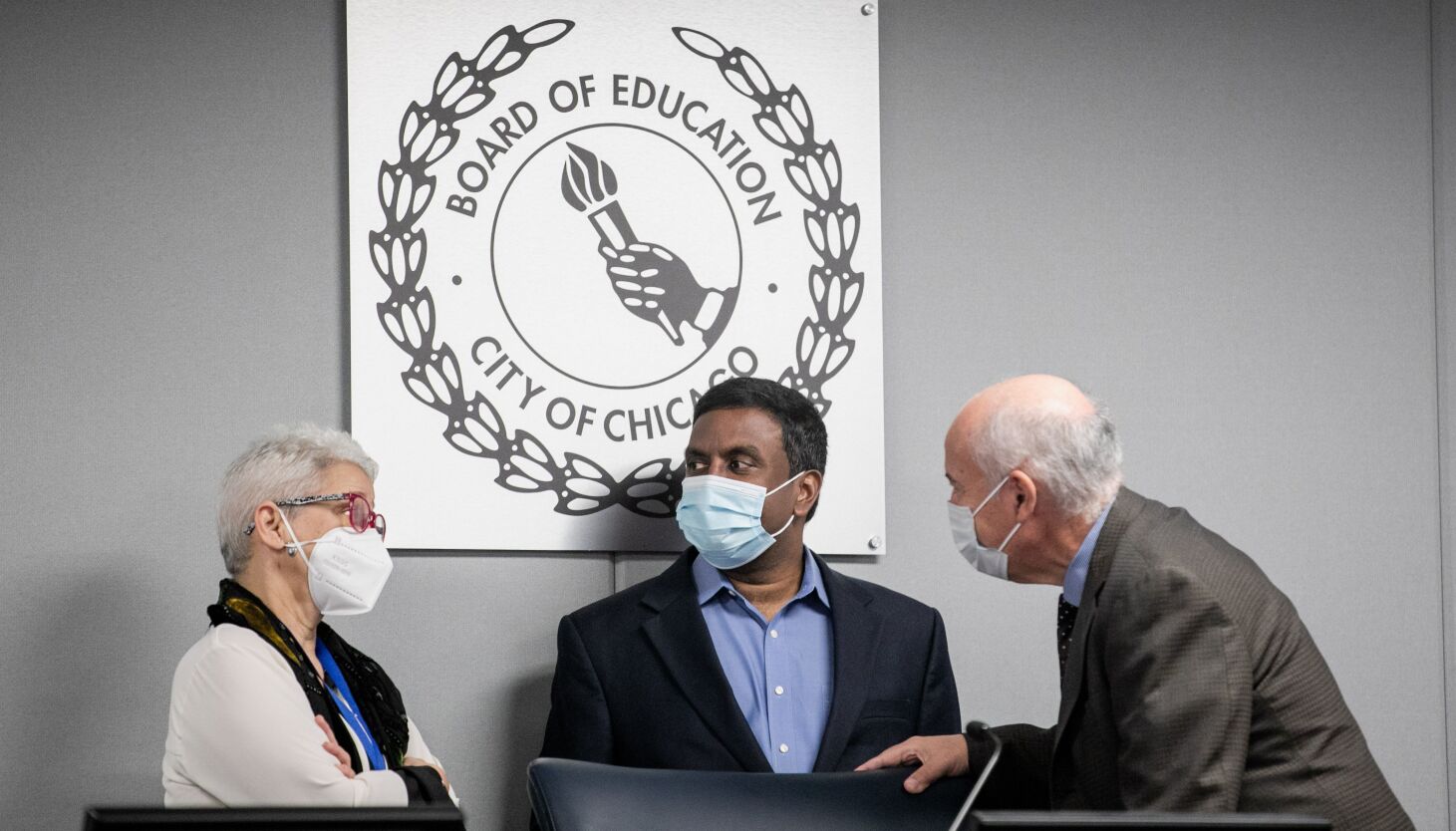 For the third consecutive year, Mayor Lori Lightfoot is filling the city’s budget gap in part by drawing on millions of dollars from Chicago Public Schools in the form of pension payments historically made by the city rather than the school district.

First revealed in Lightfoot’s budget proposal last fall for the current year, this year’s $175 million payment from CPS to the city was approved by the Board of Education at its monthly meeting Wednesday — but was the subject of intense scrutiny by board members who criticized City Hall .

The board passed with a 3-2 vote an amendment to the district’s agreement with the city that increases CPS’ obligation from $100 million last year and $60 million in 2020 as payments to the underfunded pension ramp up.

The payments in question cover the benefits of non-teaching CPS staff — who make up slightly less than half of the district’s 40,000 employees — in the Municipal Employees’ Annuity and Benefit Fund. Those include cafeteria workers, bus aides, special education classroom assistants and other support staff. Teachers have a separate pension fund. The MEABF also covers elected officials, the Chicago Housing Authority and Public Building Commission, among others.

As of the end of 2020, about 56% of active MEABF participants — 17,469 of 31,327 — were CPS employees, district officials said Wednesday. But under state statute, the pension payments are the city’s obligation, and the city has covered those costs for decades.

When City Hall first used these payments as a way to fill the city’s budget gap in 2020, city officials the same year had forwarded $163 million to CPS after declaring the largest tax-increment-financing, or TIF, surplus in Chicago history. That was a one-time payment, however, and hasn’t been repeated in the two years since.

Board member Elizabeth Todd-Breland, who voted against the measure, said City Hall has shifted several costs to CPS under Lightfoot, including for school police officers, crossing guards, safe passage workers and these pension payments. That’s troubling, particularly when student needs are high amid the ongoing pandemic recovery, she said.

“It’s a choice to prioritize this debt that we’re not obligated to pay over prioritizing needs of students this year.”

Todd-Breland said it doesn’t make sense for the Board of Education to approve the additional costs when there’s no new local, state or federal funding coming to the district. In effect, this takes money out of schools and puts it toward pension debt.

Board member Luisiana Melendez, the other “no” vote, concurred the $75 million increase is “not justified” when CPS is already failing to adequately support students.

Board President Miguel del Valle voted in favor of the measure and strongly argued CPS would need to financially disentangle from the city as the new district’s elected school board comes into place in 2025, this being one step in that process.

Lightfoot began shifting the pension costs to CPS in her first budget proposal in the fall of 2019. The Illinois Legislature passed the Chicago elected school board bill in June 2021, nearly two years later.

Del Valle acknowledged “the transfer began prior to the elected school board bill being passed,” but he still argued “those are our employees, we need to make sure their pension fund is in good shape.”

He urged advocates to lobby the General Assembly for more state funding to cover the pension costs. The elected school board, when it’s seated in 2025, shouldn’t be left with a “structural deficit that’s going to be so humongousonce this federal [pandemic relief] dollars run out … that we basically set up an elected school board for failure and put them in a position where they’re going to have to make some decisions that I don’t even want to talk about right now.”