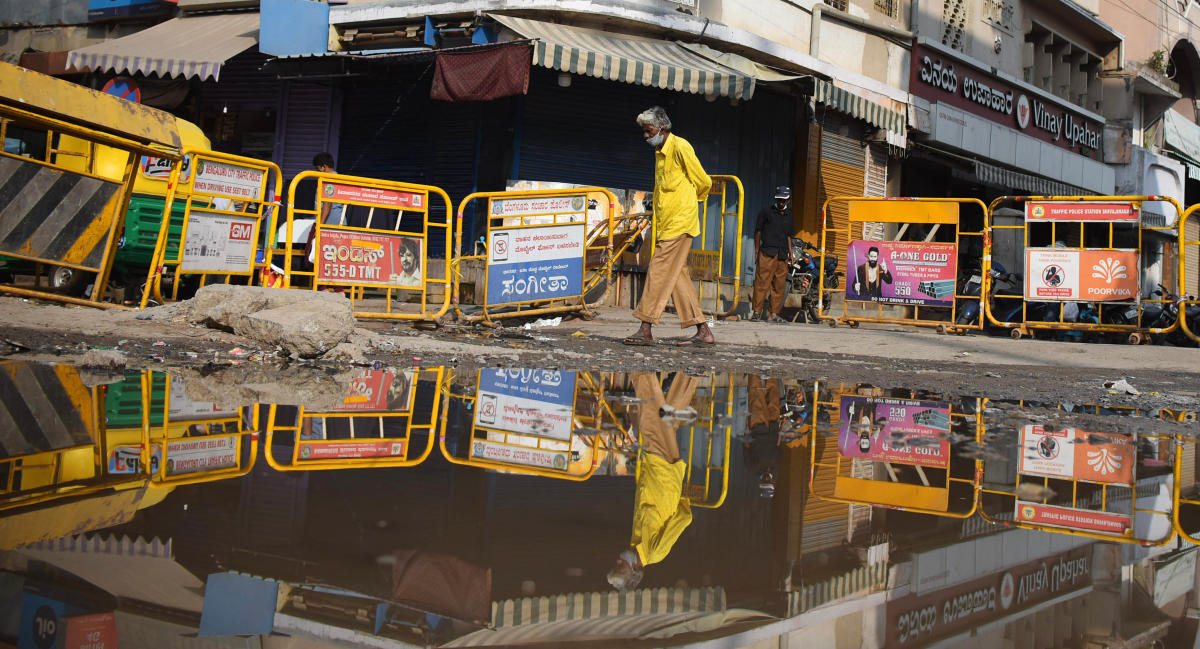 Hospital admissions for Covid-19 cases are on the rise in Bengaluru, which averages 80% of all new infections, as the third wave gains traction in the state.

Two groups – the unvaccinated and the elderly – could exacerbate the problem and lead to bed shortages if the predicted daily peak frequency of 40,000 to 1.2 lakh by February becomes a reality.

While daily admissions to state and private hospitals rose from 21 to 26 in the last two weeks of December, the numbers rose from 33 to 80 per day in the last 10 days, according to data from Bruhat Bengaluru Mahanagara Palike (BBMP).

“Unvaccinated people make up ten times (the number of) Covid-19 patients and 30 times more in the intensive care unit than expected,” he said.

According to the data, the first dose coverage had reached 98.84% by Saturday night, which means 1.16% of the estimated 49,793,996 people have not yet received a single dose.

In light of the rise in infections, the government increased the number of beds available on Sunday night. By 10:30 p.m., the city reported 4,491 state quota beds, compared to 1,979 beds on Sunday morning.

Currently, approximately 0.47% of new cases require critical care, according to government triage data analyzed by DH. There is concern that given the continued influx of unvaccinated patients and the elderly who remain prone to the disease, these rates will rise.

Additionally, the test-positive rate of people 60 and older has been 9.32% since the surge began on December 29. By comparison, people ages 20 to 49 have a test positive rate of 5.41%.

The well-known geriatrician Dr. Anoop Amarnath of Manipal Hospital found that seniors’ antibodies had waned since they were vaccinated early last year.

The vulnerability of the unvaccinated and the elderly could lead to bed shortages in the coming days as the peak approaches.

There will be rapid flooding of intensive care beds as oxygen consumption increases, said Dr. Vishal Rao of the HCG Cancer Hospital and technical advisor to the state.

“Omicron mainly causes upper respiratory infections and is therefore lower. However, the experience of a hospital in South Africa is vivid, ”said Dr. Rao.

“Here 4% of the new admissions concerned oxygen-rich beds and 1% beds in the intensive care unit. If we get to the stage where we are collecting 50,000 cases in the state every day, it would result in about 2,000 cases per day requiring an oxygen bed, which could put a heavy load on the system, ”he said.