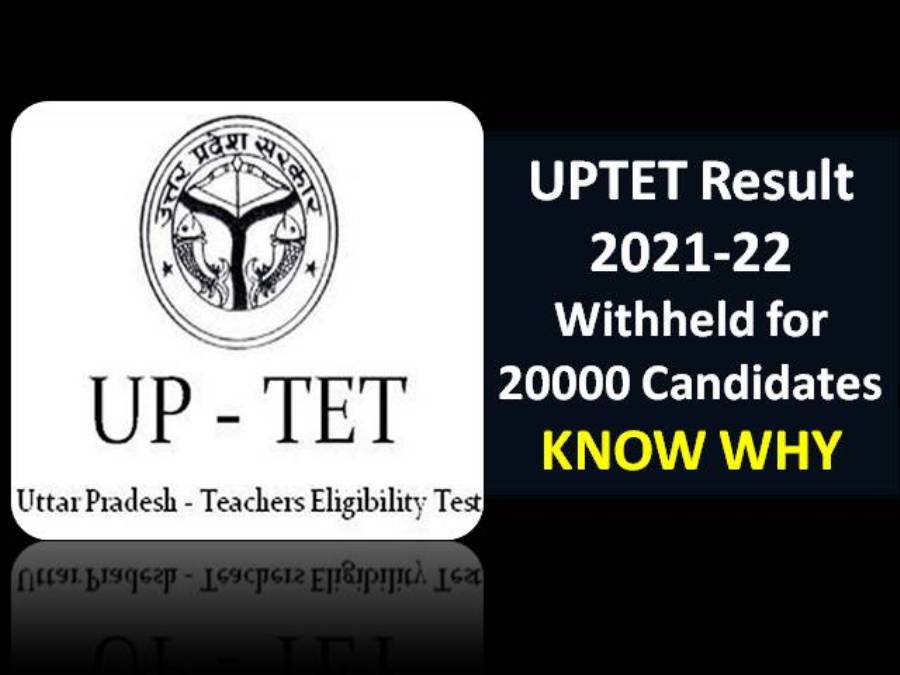 UPTET Result 2021-2022 Withheld for Around 20000 Candidates: Uttar Pradesh Examination Regulatory Authority (ERA) has held back UPTET 2021 results of around 20000 candidates who have UP D.El.Ed Course Degree from National Institute of Open Schooling (NIOS).

UPTET Result 2021-2022 Withheld for Around 20000 Candidates: The Examination Regulatory Authority (ERA), Uttar Pradesh, has withheld the results of nearly 20,000 candidates who participated in the Uttar Pradesh Teacher Eligibility Test (UPTET) 2021. These candidates have completed their DELEd course through the National Institute of Open Schooling (NIOS) . All these candidates, on the order of the Allahabad High Court, were allowed to take the UPTET 2021 Exam but their results are now withheld

UPTET Result 2021 Withheld for 20000 Candidates with UP D.El.Ed Degree from NIOS

The Examination Regulatory Authority, UP, has sought the court’s intervention on the issue, challenging the decision given by a single bench of the Allahabad High Court. Instead of showing results, the website is showing a “Court Case” tag on each candidate’s result. More than 1.5 lakh candidates have completed their DELed course through the National Institute of Open Schooling (NIOS).

The result is available online at the official website – https://t.co/XXCKfQY2YS. pic.twitter.com/38cllcXeLV

Over 18 Lakh candidates appeared for the UPTET 2021 Exam on 23approx January 2022. Uttar Pradesh Basic Education Board (UPBEB) held Uttar Pradesh Teacher Eligibility Test (UPTET) in offline mode for the recruitment of Primary Level (for Classes 1St to 5th) and Elementary Level (for Classes 6th to 8th). The provisional answer key of the UPTET 2021 Exam was released by UPBEB ie, updeled.gov.in on 27th Jan 2022. Candidates viewed the response sheet along with question papers and raised objections till 1St Feb 2022 in online mode.

UPTET 2022 Certificate & Marksheet To be Released BY CBSE in DigiLocker

Uttar Pradesh Teacher Eligibility Test (UPTET) 2021 Passing Certificate and marksheet/scorecard at its official website – updeled.gov.in after the declaration of results and release of final answer keys. Previously, the marks scored by a candidate through UPTET Exam were valid for a period of 5 years from the date of issue, however, the validity of certification has been revised to be valid for a lifetime. The qualified candidates can anytime grab a teaching job at the primary level or upper primary level with their UPTET Marks. The revised validity for UPTET Scores has been made effective from 2011.