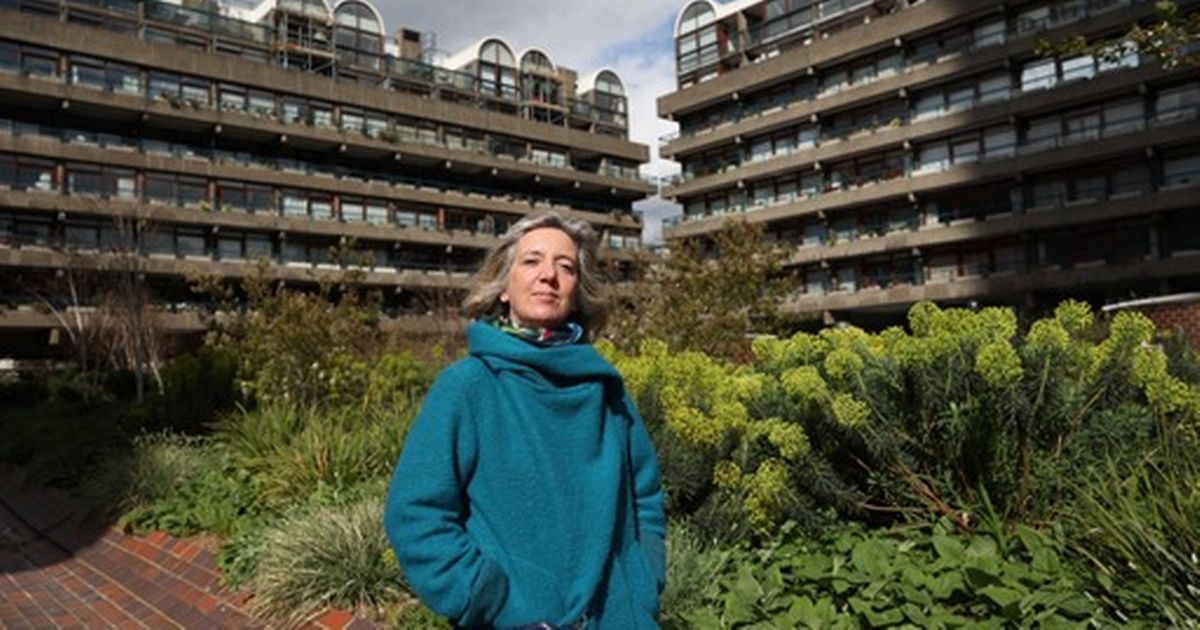 The Barbican estate is so popular a couple ditched their home county house with a pool for a one-bed flat. The estate welcomed its first residents in 1969 and it was hailed as a ‘city within a city’ – a utopia for hard-working, middle-class Londoners, with everything they could possibly need – a cinema, tennis courts, an arts centre, bars and schools.

The 35-acre site is a Grade II listed development designed by architects Chamberlin, Powell and Bon. It was built by the City of London Corporation to get people to live in the financial district after it was obliterated during the Blitz.

Miranda Quigley, 54, moved to the Barbican with her husband in September. They left their family home in Hertfordshire with a swimming pool and garden in search of a new way of life after their children moved out. The couple now live in a one-bed, one-bathroom flat with views of the London Eye.

She said: “We had an opportunity to change our lives and we did what most people don’t do – we moved into Central London. It’s an iconic part of London. I can remember coming here as a child. It had just opened and I remember thinking, ‘I’d like to live there one day’. I feel really excited that this dream has come true.”

While the flats are often small and expensive, Miranda said residents are well-looked after and there is a strong strong sense of community, which can be hard to find in London. She added: “We didn’t even look at the Barbican at first because we thought it was expensive. But our estate agent suggested we come and look here. Prices had dropped quite a bit because of the pandemic.

“Within 30 seconds we thought, ‘It’s perfect’. It isn’t what we were looking for – we wanted two beds and two bathrooms but it’s light, it’s bright, it’s a bit quirky. The service charges are really high everywhere in the City – like £5,000 to £8,000. Here we pay £5,000 a year but it feels like you’re getting something that’s worth paying for as all the maintenance is done really well.”

The listed status of the estate also makes it hard for residents to age their flats. For example, wooden floors are banned because they make too much noise. Miranda said: “There are some weird, quirky things. With it being such a huge entity, making change happen is quite difficult. If we wanted to put another toilet in here it would be virtually impossible.”

Resident Adam Hogg, 78, bought a flat at the Barbican five years ago. He added: “We are right in the middle of London – you couldn’t be more central with public transport. I walk about the place at night just thinking how nice it is to be here. It’s absolutely lovely. I have come here to die. I have no intention of going anywhere else.”

The former brewer and factory manager is a huge fan of the brutalist design of the estate and his uncle, also architect, was close friends with Chamberlin, Powell and Bon. He said: “The flats are terrific. There’s the architecture which is Marmite – you either love it or you don’t. I have always been brought up in modern houses.

“There are lots of architects, lawyers, professional people living here and people who make films. It’s a middle-class ghetto. It’s a lovely place to live and we have benevolent landlords in many ways. There are people who came here when it was built.” Both Miranda and Adam said the City looks after them well but it could be more environmentally friendly. The whole estate still has old, underfloor heating that is controlled by one provider and cannot be turned off.

Miranda said: “Sometimes we open the door because it’s so hot and we are trying to improve our carbon footprint and it’s a bit insane. Sometimes it feels criminal to let the heat out especially with what’s going on.”

Resident Fred Rodgers, 77, also said the design of the buildings can be a pain. He added: “The underfloor heating charges are constantly rising because of electricity costs rising but there’s very little that can be done about it.”

But like the others, he said he loves the way of life at the Barbican, where he has lived with his wife since 2009. He added: “We lived in a small basement flat in Marylebone and decided we wanted to move where there was light and the Barbican with its massive windows offers a massive amount of light. It has so many attractions. We can walk down to the cinema in slippers and our dressing gowns basically. We have got everything we could want. We are very well looked after and we are very privileged.”

Adam, also chair of the Barbican Association, which represent the thousands of people living on the estate, said living at the world-renowned site means lots of people are drawn to it, like noisy skateboarders who sometimes shout at them to get out the way . But he is less bothered by the endless stream of influencers having photoshoots outside their homes because it “adds to the charm”.

Adam is also worried about the future of the arts centre, which is poised for a £150 million revamp and the Museum of London, designed by his uncle, which is being moved to a new home. Like many residents, Adam hopes the City will preserve both the buildings at least on the outside.

A City of London Corporation spokesperson said: “The Barbican Estate is home to thousands of residents who enjoy living in this iconic area of ​​the Square Mile, and within walking distance of one of the largest multi-arts and learning institutions of its kind, the Barbican Centre.

“Residents who have any concerns about their living standards and accommodation are always encouraged to contact the Barbican Estate Office, which can offer them information and guidance on a wide range of issues.

“Any changes to the Barbican Center made as part of the upcoming Renewal Project will respect the building’s Grade II-listed and be developed in line with listed building planning regulations.

“The views and ideas of the local community and other groups are – and will continue to be – important to us, because they help ensure that the Barbican Renewal Project meet the needs and demands of modern audiences. As the development proposals evolve, residents and other interested groups will be engaged and consulted with.”