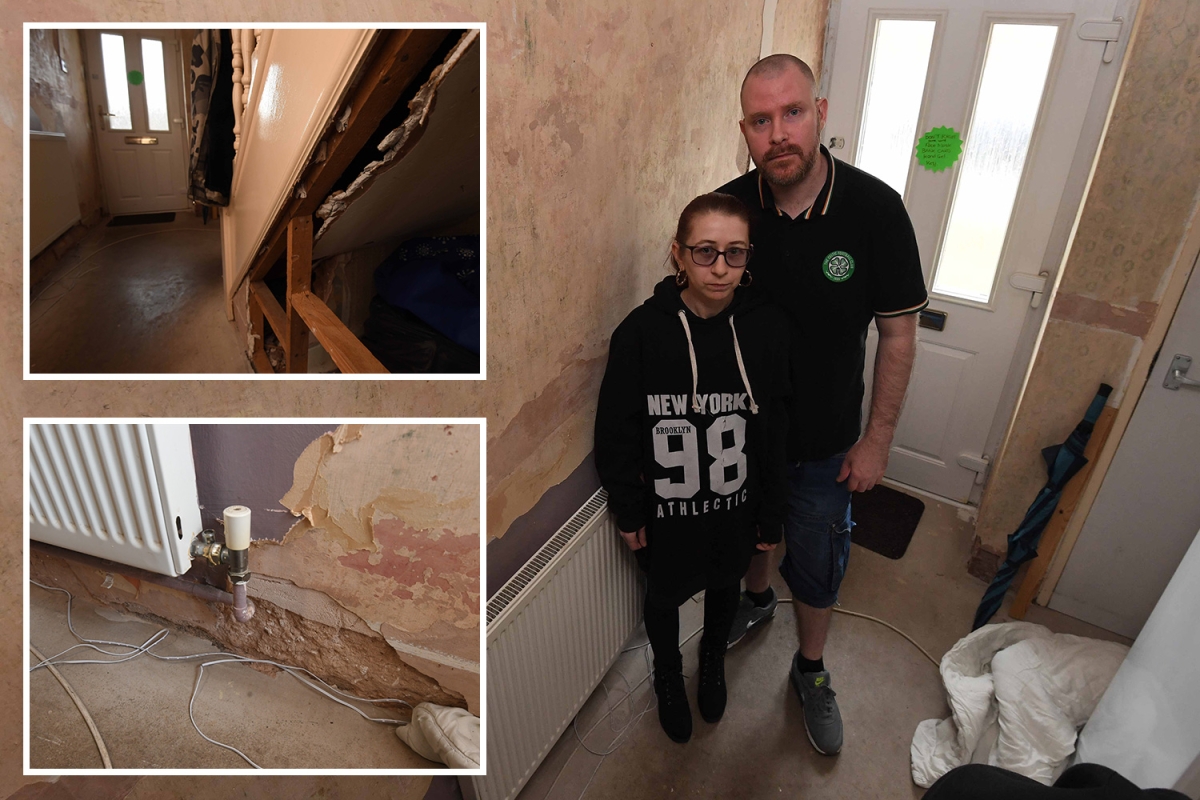 Angry parents say their freezing meetinghouse is “like a shed” – their children have to “snuggle up in bed to stay warm”.

John Charles and Laura Waddingham had to keep their children away from school between the ages of eight and 14 because the “freezing” property in Birmingham made them sick.

Shortly after moving in in April 2019, the property was so icy – due to cold drafts and poor insulation – that the family huddled together in the living room to stay warm.

And it hasn’t improved since then, as the couple’s two daughters are forced to sleep in one bed together to make the cold nights bearable.

Laura said leaving the heater on all day doesn’t help against the bitter breeze that hit both her and John.

She told BirminghamLive: “I feel lightheaded when I leave. But only when I go far do I get this feeling.

“And that’s because I live here. I haven’t had it before.”

John said being in the house was like “living in a shed”.

He added, “When I slept in the bedroom, I suffered so much that I wanted to cry like a baby.

“I went up and down the stairs trying to sleep alone downstairs, I couldn’t sleep. I didn’t know what to do.”

Laura said the children’s sleep was also affected as the teenagers woke up in the middle of the night due to the cold.

The couple are desperately looking for Birmingham City Council to fix the issues. John said they don’t want to move because of the children’s school.

A Birmingham City Council spokesman said: “Our contractor painted the property in October and attempted repairs and a wet inspection on another visit in November but was unable to get access.

“When the property was painted, no moisture was absorbed, but moisture has clearly entered as the weather changed.

“We regret the impact this has had on tenants. We are working with them to resolve the issue and will make sure it is addressed as soon as possible.”