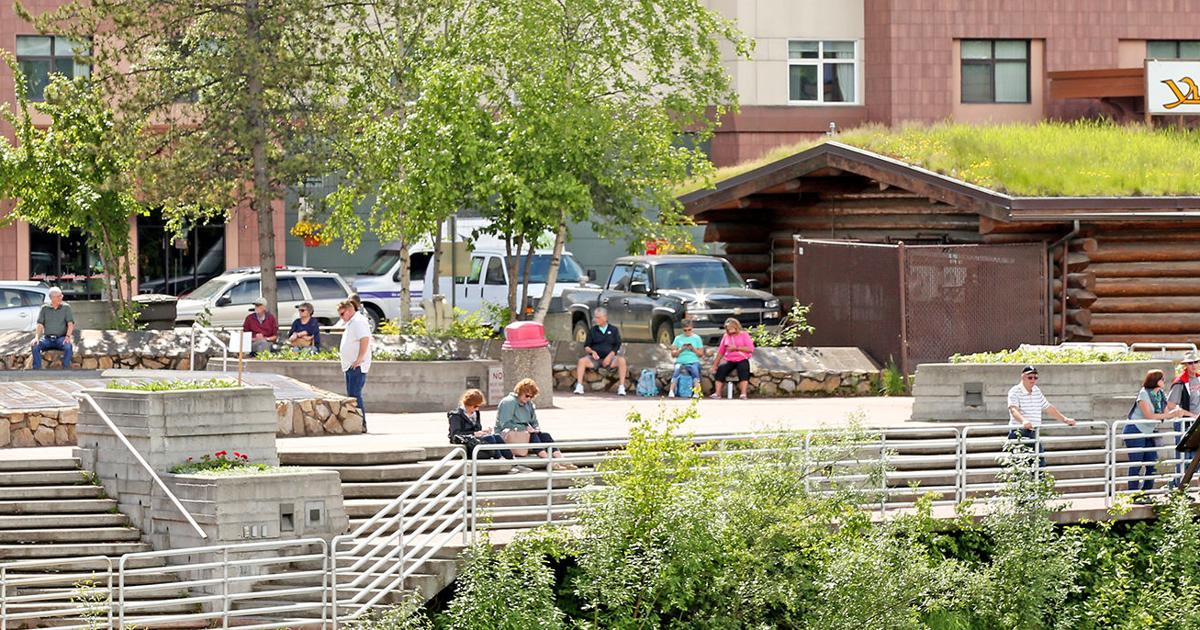 The Fairbanks City Council took another stab at adjusting the hotel bed tax during a Monday work session ahead of a July 25 public hearing on the subject.

Mayor Jim Matherly prefaced the work session by highlighting all the options that were on the table for discussion. He added that past considerations to raise any tax have been met with pushback.

Councilmember Jim Clark introduced an ordinance in June to adjust how the city allocates revenue from the tax, with the goal of funding security for Golden Heart Plaza. There were concerns that it would alter a standing distribution formula, so Council member Aaron Gibson amended the ordinance to boost the tax by 1% to 9%. The increase could generate an additional $400,000, which the city would keep.

Any change wouldn’t take place until Jan 1, based on the current draft ordinance.

The council can increase the bed tax by a simple majority without voter approval.

The city currently keeps 22.5% of the bed tax revenue, allocates an additional $400,000 for select groups or grants and remits the rest to Explore Fairbanks.

Golden Heart Plaza has been an ongoing discussion point, in part because of an increase in aggressive behavior by some homeless individuals, even as the police department provide additional patrols in the area.

Clark said any increase in the bed tax dollars “would be meant for the city to use some of it for security of the park.”

“Ideally, I would think our goal with this is to resolve problems, not displace the problems,” he said. “Displacement means we are only going to push the problem someplace else.”

Some council members had supported the idea of ​​funding a security guard or providing additional security to Festival Fairbanks to hire one guard for the summer, something voted down in June.

Gibson said he favored the idea of ​​a police service aide, a civilian position that could patrol and interact with groups in the downtown core and plaza.

“I think a person who is not wearing a badge or carrying a gun will be perceived as a lot friendlier than a police officer,” Gibson said.

Other ideas for the bed tax include raising the amount of discretionary grants. The city council allocates $270,000 in bed tax revenue to nonprofits and other groups via an application process.

“The $270,000 is not enough to please or fulfill applicants,” said Councilmember Lonny Marney. “We seem to get more applicants every year.”

Councilmember Valerie Therrien said the Fairbanks Economic Development Corporation, which receives $100,000, has asked for more funding. She added Festival Fairbanks needs a budget increase from the $30,000 it receives for management of Golden Heart Plaza.

“In the future, if that 1% is more than enough to pay for downtown, and there’s enough, it’s a discussion we need to have,” Gibson said.

Therrien said any bed tax increase should be supported by Explore Fairbanks and impacted hotels.

“We definitely need money — there’s no question because the budget is so tight,” Therrien said. “But whether we increase it depends on whether the industry is comfortable with that increase.”

Scott McCrea, Explore Fairbanks executive director, said any ordinance regarding use of bed tax for security will be met with opposition.

McCrea added public safety of the plaza should be “viewed as a community-wide situation, and as such, one industry should not be targeted as a way to resolve the situation.”

He agreed the $400,000 allocated to discretionary grants, Festival Fairbanks and FEDC should be increased but wasn’t sure the bed tax was the best way to do it. He added any change to the bed tax needs to involve the hotel/motel industry.

“The industry … would pretty strongly oppose any increase to the [bed tax] unless it was something that would have a significant impact and investment in the industry,” McCrea said.

An example he used was when Anchorage boosted its bed tax to 12% to pay for the Dena’ina Civic and Convention Center, which opened in 2008.

Council member Jerry Cleworth noted the current revenue allocation formula was accepted after a hard discussion, especially with the city receiving 22.5% of the cut.

“I could argue very effectively [the city] doesn’t get our fair share; we need more based on what we see,” Cleworth said. “We’ve got some difficult times ahead and [the bed tax] is one of the few eggs in the basket.”

Clark agreed changing the distribution allocation becomes complicated and favored keeping the additional 1% for the city.

Matherly acknowledged the need to bring affected parties into a respectful discussion.

“I think the bed tax can be looked at as low-hanging fruit because we can always approve it off the bat,” Matherly said. “It’s nice to have … but if we raise it up, we need to make sure to message it the best we can to keep it focused on a particular area as best we can.”