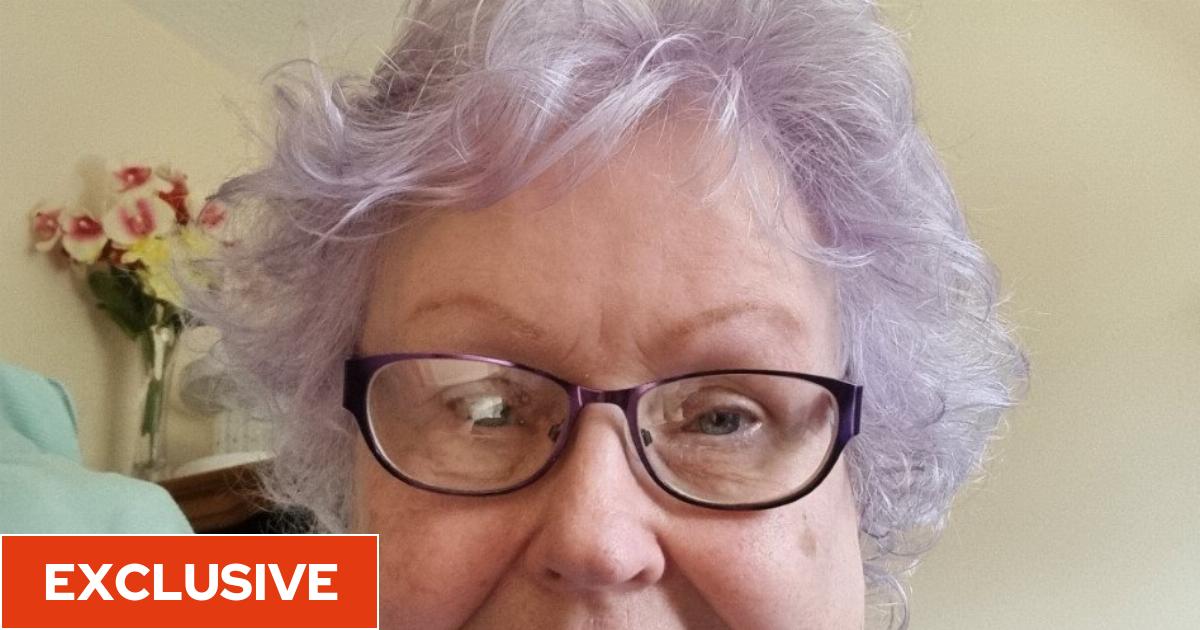 A 76-year-old grandmother who can only afford to eat one proper meal a day has opened up about her “nightmare” situation amid the cost of living crisis.

Yvonne DeBurgo, who often skips breakfast and dinner in order to get by, said the extra money she will be entitled to under Chancellor Rishi Sunak’s £15bn support package will not cover spiraling energy costs and rising food prices.

Ms DeBurgo, a widow who lives alone in Oxfordshire, said she often goes for days without human interaction despite being a self-proclaimed “people person”.

The retired receptionist said when life was easier she enjoyed meeting friends for coffee several times a week, which helped stave off the loneliness. Going out to a café is now a luxury she can rarely afford.

“It’s very lonely and isolating, not seeing many people. I’m finding it hard,” she told i.

The pensioner said she has lost two stones in two-and-a-half months because she cannot afford to eat properly.

Before the cost of living crisis hit, the grandmother of three said she would normally have porridge for breakfast followed by a hot meal for lunch and dinner.

“Now I have a milky coffee [in the morning] to keep me going [and] one hot meal, which I cook myself at lunchtime. In the evening I’ll just have a sandwich, some fruit or soup,” she said.

“I can’t keep on losing weight. How am I going to buy clothes? My trousers were sliding down in the supermarket today.

“My energy bills used to be about £400 over the winter. With the hikes, this [the £400 grant announced by the Chancellor] isn’t going to cover it at all.

“What I have to live on for a week is probably what they [Government ministers] would spend on a meal for themselves.”

She added: “I remember going to bed hungry as a child. I swear I’d never go hungry [as an adult]. I always thought come this age I’d have a better life and it’s turned into an absolute bloody nightmare.

“That’s not how life should be in your seventies. I just think ‘Oh my God, what sort of life is this?’”

Yolanda Barker, 50, has multiple sclerosis and lives with her husband, who is her carer, in Ashford, Kent.

She is also worried about the difficulties the coming winter will bring. Analysts predict the energy price cap will shoot up again – by £800 – in October.

Ms Barker’s energy bills have already more than doubled, from £109 to £235 per month, even though she and her husband have gone to great lengths to curb their usage.

As well as limiting hot water, the couple try not to use the oven when preparing meals and are so careful with the power Ms Barker sometimes has to choose between using a hairdryer or charging her phone.

“I’ve cut back everything I can,” said Ms Barker.

Ms Barker and her husband are so wary of using energy that they have sandwiches for dinner several times a week to try to keep their bills down.

While Ms Barker is grateful for the support announced, she is concerned she will not be able to pay for food or bills later this year without falling into debt.

“Now we’ve got this massive jump [in the cost of living]we just don’t know whether we’re going to be able pay for things.”

John Palmer, director of policy and communication at charity Independent Age, said: “We are glad the Government has acknowledged the struggles that millions of older people on low incomes face due to the cost-of-living crisis.

“[But] the Chancellor himself referenced the low uptake of pension credit. If the Government tackled this problem, many older people living in poverty would see a long-term increase in their income that they can rely on.

“Pension credit remains the best way to top up the income of older people struggling financially, and it opens the door to other entitlements such as the Warm Home Discount. Until the Government succeeds in getting pension credit into the pockets of those eligible, it is failing to support many older people during this cost-of-living crisis and into the future.”

Anastasia Berry, policy manager at the MS Society, said the charity was “relieved to finally be seeing some action from the Chancellor” and welcomed the one-off disability payment of £150 which she said “acknowledges the higher costs faced by disabled people” .

But, Ms Berry said, “these are short-term solutions to a long-term problem”.

“To really help those struggling, the Government must address the inadequacy of social security, ensuring it allows disabled people to live full, independent lives,” she added.