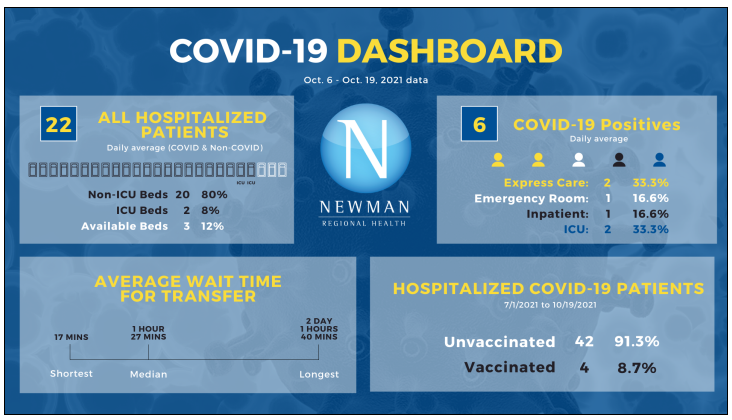 If you have to spend a night at Newman Regional Health, bed space is still tight – and a little narrower than it was earlier this week.

The number of COVID-19 patients per day decreased from five to today between September 29 and October 8. 5 to 6 in the current report. Of the 46 patients hospitalized between July 1 and October 19, 42 – or over 91 percent – were unvaccinated.