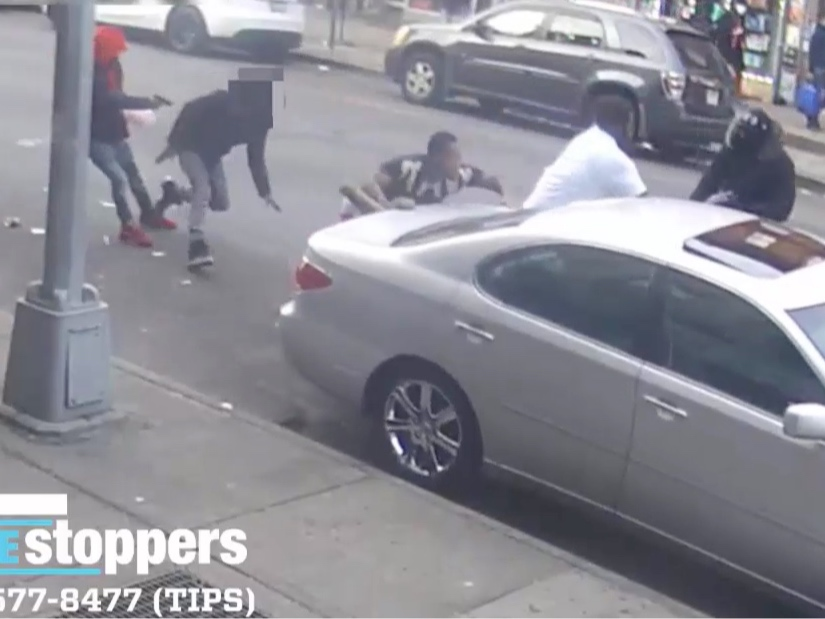 BED-STUY, BROOKLYN – Police are calling for help track down a group of people who were involved in a daylight shooting on Fulton Street last week.

A group of four men was fighting on the street near Franklin Avenue just after 3 p.m. on Thursday, November 11, when another man walked up to them and, according to police, shot the group.

The shots landed in two of the men, one in the buttocks and one in the foot, in the hospital, police said.

The shooter fled to Fulton Street after the incident, which was captured on surveillance video.

The police are also looking for the other people involved in the shooting for questioning, it said.