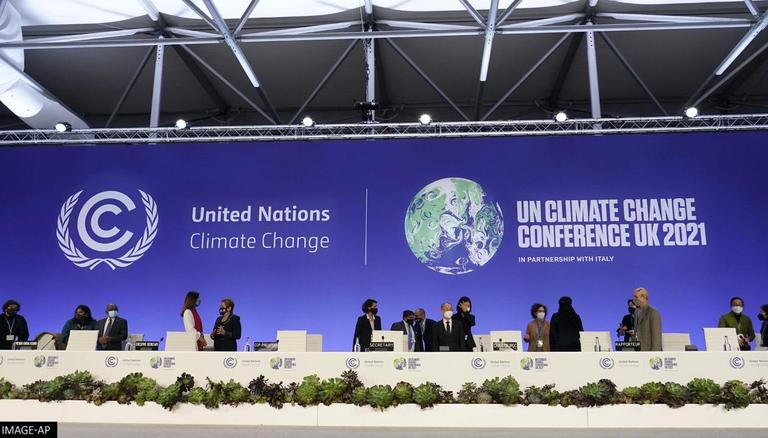 Following the conclusion of the UK-hosted COP26 Climate Change Summit, security guards appointed to guard government delegations asked several questions about COVID security when they revealed they shared camp beds in a 40-person dormitory. When representatives stayed at the five-star Gleneagles Hotel during COP26, security staff stayed in a lounge at the venue with makeshift camping beds, the Guardian reported.

Just a few days before the global leaders presented their climate talks in Glasgow, Scotland, the troops were hired and housed by a security company under a Foreign Office agreement. The security guards were employed by the Optima Group. The UK Foreign, Commonwealth and Development Office hired the company to maintain safety and security in Gleneagles, as well as a handful of other Cop26 locations, during the summit.

Three security guards came forward to express their dissatisfaction with the claustrophobic and unclean circumstances in which they were locked up in the five-star hotel. “We were treated like animals,” said one employee, the Guardian reported.

The person went on to carry their meal to eat in the same dormitory that they found congested due to the heat. The person also complained that the showers were dirty and disgusting. “No cleaners were hired because we weren’t important enough to do it,” added the person, the Guardian reported.

Additionally, according to the Guardian, delegates attending the Cop26 summit were required to submit a negative Covid-19 test daily, and security guards may have been advised to follow the same guidelines as per the rules. However, the workers charged with overseeing Gleneagles claim this was not done by their team leaders who did not require a daily check for a negative test.

Security team members also said that employees were not adequately screened because not everyone was verified the first time they went to work. The workers even claimed that they would have to disclose information about their identity and immigration status and provide their SIA licenses on the employment registration form. Conversely, sources within the security group claim that not everyone was asked for identification or asked to show their SIA cards when they arrived on duty.

Response of the Optima Group to allegations of mismanagement of events

Meanwhile, the company admitted that its staff were staying in a 40-bed dormitory but denied security and Covid screening fees. In a statement, the company said: “Optima takes all claims related to its behavior or performance very seriously. After an initial investigation, we found no evidence to support the allegations, ”the Guardian said. The company also claimed that all of its contractual obligations for the Gleneagles Hotel’s security obligation, including Covid tests and ID checks, have been met in full.