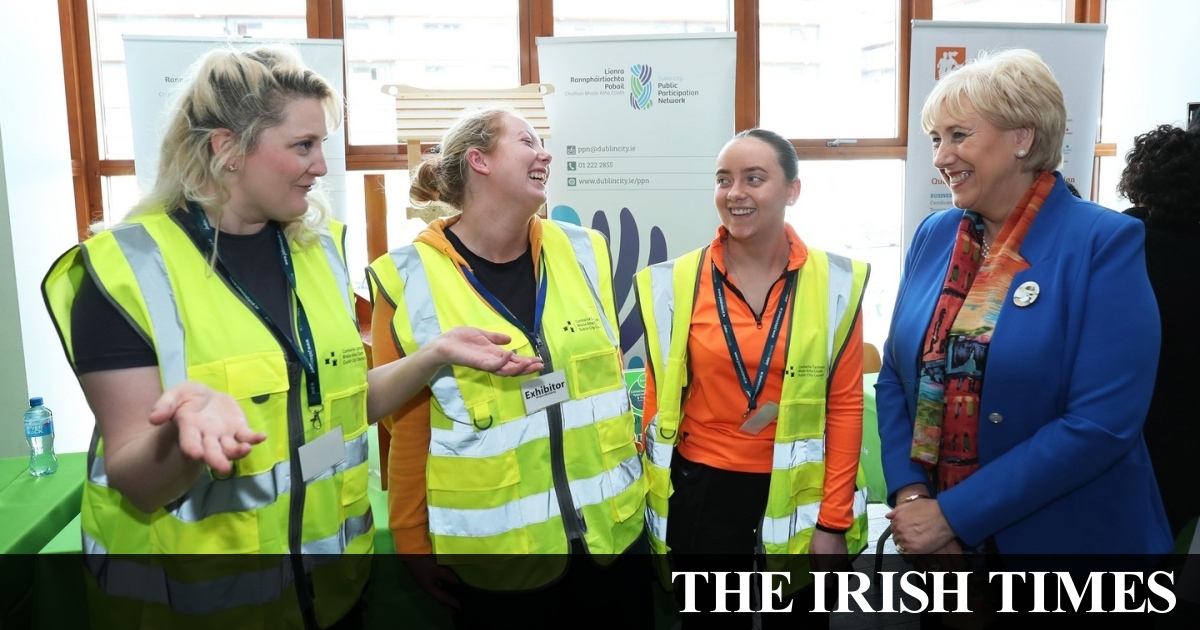 The shortage of apprentices in construction is in part due to a reluctance from younger people to “get out of bed for seven o’clock in the morning”, a manager in the engineering sector has said.

Conor Gray, apprentice development manager at engineering contractor Mercury, said people were not applying for apprenticeships in roles like electricians, plumbers and pipefitters.

“The hours that we work, a lot of our projects will start at seven in the morning. I’d be perfectly honest, there’s an awful lot of young people that don’t like getting out of the bed for seven o’clock in the morning and that’s just a fact,” he said.

“About a month ago we put out an advertisement across all the social media platforms and everywhere else looking for 35 people and we got about two applications,” he told The Irish Times.

Mr Gray was speaking at an apprenticeship expo held at Tallaght stadium, west Dublin to mark the start of Construction Work and Skills week.

There was a skills shortage across the construction industry but particularly facing homebuilders, he said. “There’s an awful lot of traffic coming down from Northern Ireland, tradespeople coming down from the North that are probably back filling the shortage that we have down here,” he said.

Padraig Gavigan, contracts director for construction company JJ Rhatigan, said addressing the skills shortage was “one cog in the wheel” to solve the housing crisis.

“There’s a general skills shortage across the whole industry at all levels, from traders through to engineers, management, it’s widespread,” he said.

The last ten years had seen young people opt to go to college over apprenticeships which had left a “gap in the market,” he said.

Gary Mallon of Newry-based bricklayers Malmac Construction said the shortage of workers had started to have a major impact in the last two years.

A lack of tradespeople was “for sure” holding up projects and smaller construction companies in particular were “really struggling to get manpower,” he said.

The option of learning a trade did not seem to be on most young people’s radar, he said. “When I was in the training center or looking (for) a trade, you’d an uncle or somebody in it and there just doesn’t seem to be those people in their ears trying to tell them to get into it anymore,” he said.

Katherine Hannon, an apprentice carpenter working for Dublin City Council, is one woman bucking that trend. After studying Maths and working in a bank at 35 she decided to change career and became an apprentice with the local authority. She had been apprehensive about joining a heavily male dominated field but said she found “nobody treats you any different”.

Initially the only female apprentice with the council she is now one of five. “When we’re out at a job and we’re out fitting a window, someone will shout up at us ‘Oh, you’re a woman doing that’ and we’d be like: Yeah we’re allowed to work now, she said.