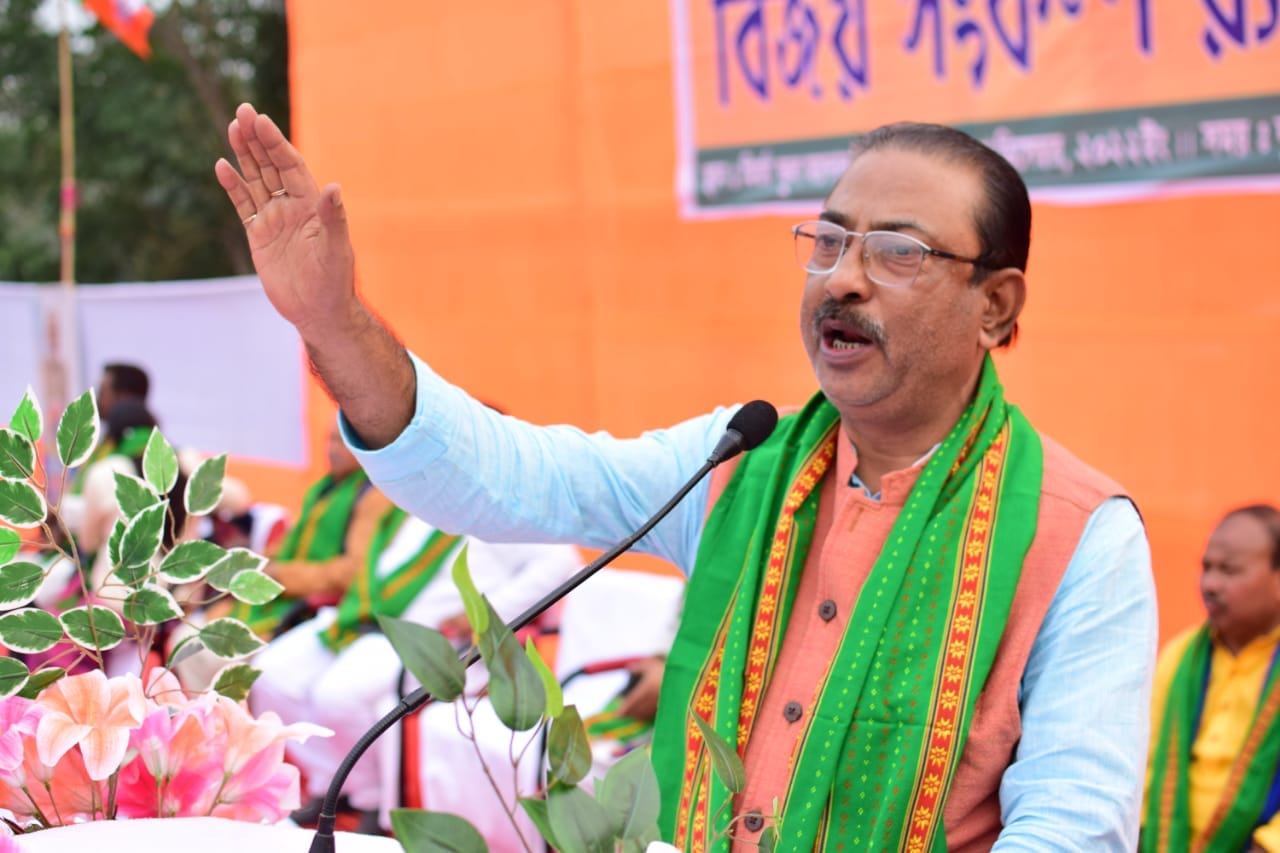 Agartala: Hours after the opposition Congress and CPI(M) made a joint appeal to the state electorate to unite and resist “fascist forces” and ensure BJP’s ouster in the upcoming assembly polls, Tripura BJP President Rajib Bhattacharjee on Tuesday claimed that the Congress party sold the state to Left Front at the cost of its workers.

“We are all aware of those leaders who kept their phones switched off after the elections. Elections after elections, Congress President Sonia Gandhi used to sell the state to CPI(M) leaders like Prakash Karat and a handful of leaders in Tripura used to get bags full of money for their silence. But that hidden love is now public,” he said.

Urging the Congress workers not to follow their leaders blindly, Bhattacharjee said, those who have got in touch with the Congress leadership have lost everything. In an oblique reference to former BJP leader and ex-TMC president Subal Bhowmik and former MLA Asish Das, he said, “Two people who were in our party believed in the Congress people and lost everything. One of them had shaved his head in Kalighat in penance while the other one has retired from politics unceremoniously.”

The BJP state president, while addressing a public meeting at Mirza Bazar in the Gomati District of Tripura, said, “The BJP government works for all. Our government has done something for each and every community of the state. A record number of students of SC communities had been sponsored for free B.Ed and D.El.Ed training. The farmers have received Rs 6,000 per year under PM Kisan Sanman Nidhi. Paddy procurement in MSP has been introduced by us. The social pension has now been increased to Rs 2,000.”