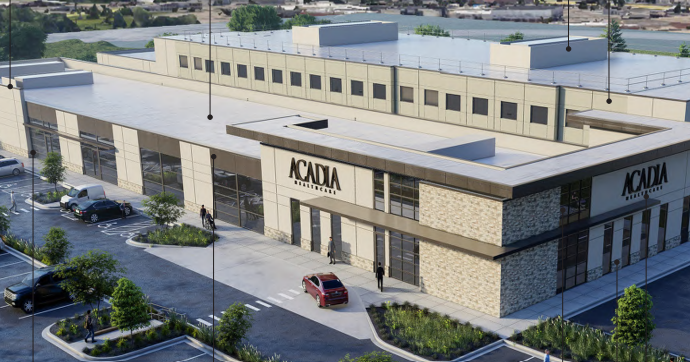 Acadia Healthcare, of Franklin, Tennessee, plans to open a 120-bed behavioral health hospital on Madison’s Far East Side, according to a conditional use application filed this month with the city.

The for-profit company plans to convert a two-story office building on American Family Insurance property into an inpatient behavioral health facility and add a building for support services, opening the complex by December 2024.

The site includes 5.75 acres and about 326 parking spaces, which will be reduced to about 146 spaces by construction of the additional building, according to Acadia’s application.

The hospital will provide inpatient behavioral health treatment services around the clock to adults and adolescents, and employ about 250 people, Acadia said. Construction is expected to begin in October.

Miramont Behavioral Health, a 72-bed psychiatric hospital that offers similar services, opened in Middleton in August 2021. Built and initially owned by Memphis, Tennessee-based Strategic Behavioral Health, Miramont was purchased early this year by Summit BHC, which like Acadia is based in Franklin, Tennessee.

Thanks to families of eight young people who died from opioid overdoses for letting me tell their stories.

The way tragedy can turn into triumph through organ transplants never ceases to amaze me.

If you were stuck in traffic by a crash, would you risk your life to pull people out of a burning vehicle?

Scientific errors resulted in a high-profile correction and raised questions about breeding in zoos.

Some say gender treatments should be restricted to adults, but puberty might be the most important time to intervene.

Be the first to know