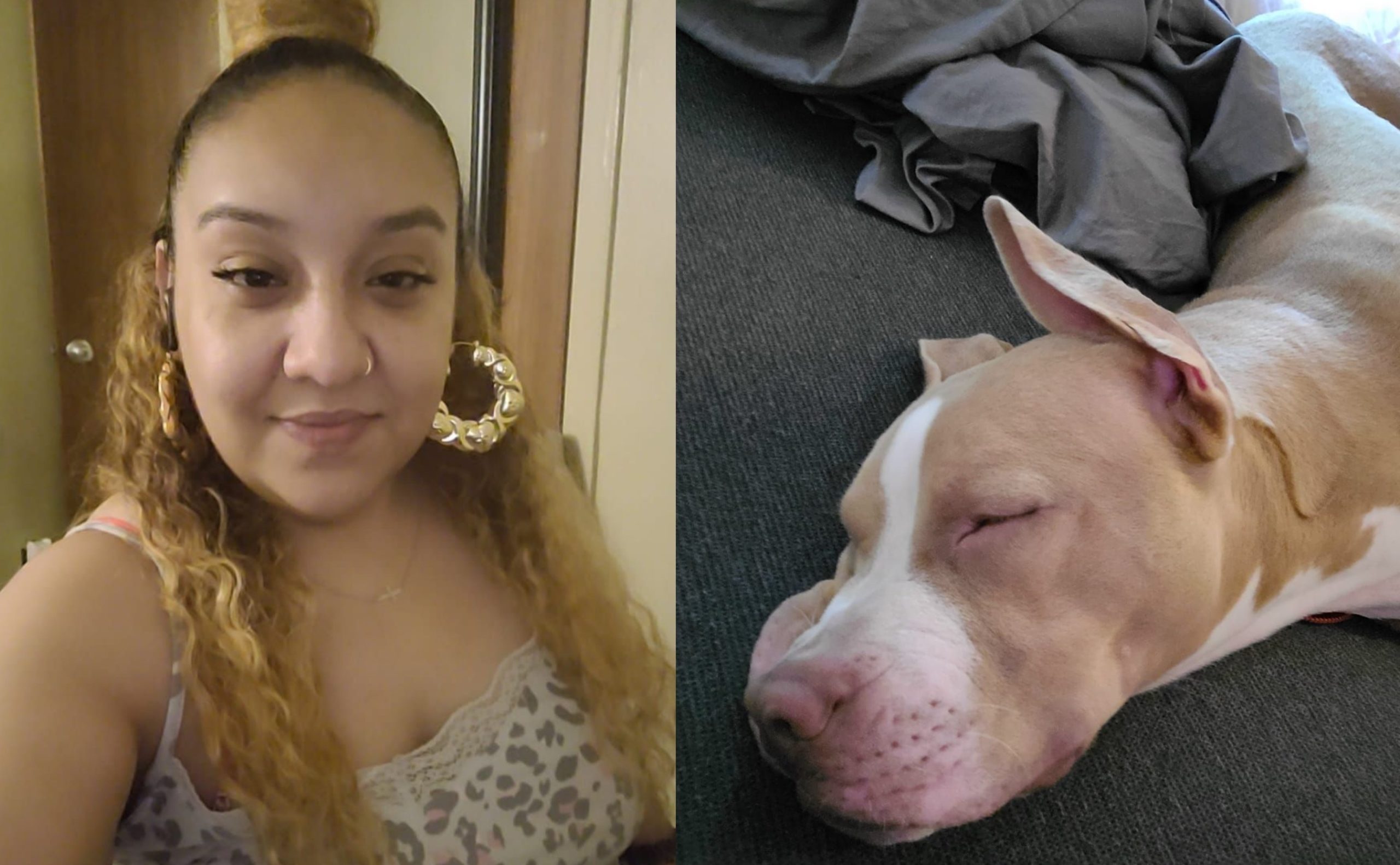 The Bed Stuy community gathers around the family of 36-year-old Jennifer Ynoa, who was tragically killed January 2 with her dog Blue in a shootout at a Bed Stuy bodega.

A friend of Ynoa’s family started a GoFundMe page to raise funds for the family of the mother-of-four after she was killed while standing at the Salim Smoke Shop checkout with her 1-year-old Pitbull.

According to security footage, a man who had parked his car in front of the bodega walked in and started shooting, hitting Ynoa in the stomach and also shooting Blue. They walked out of the store but collapsed on the sidewalk, footage shows.

The NYPD believes the shooter was aiming at another man at the bodega. So far there have been no arrests.

According to GoFundMe, Ynoa leaves behind her four children, who are cared for by her sister.

“Jennifer was a 36-year-old mother of 4,” writes Marilyn Martinez, who created the fundraiser.

“Unfortunately, they were left without a mother. Her children were everything to her.”

Martinez says all funds raised will go to the family to help with funeral expenses and would be “greatly appreciated.” So far $9,685 of the $15,000 goal has been raised.

Animal rights group PETA is offering $5,000 for information on the man who shot Ynoa and Blue. Colleen O’Brien, PETA’s senior vice president, said in a statement the organization has urged anyone with information to come forward “so that their killers can pay the price for this horrific crime.”

“This dog endured both the agony of being shot next to his guardian and the helplessness of not being able to protect him, as faithful dogs always want to do,” O’Brien said.

At the time of the shooting, Ynoa’s friend Carlton Busch told CBS2 that Ynoa could not have been a target in the shooting, saying, “She has no enemies.

“She should walk the dog and go shopping, probably get a drink or something.”

He told the New York Post he hoped the police could “come to a better conclusion than I did.”

“There must be justice. That’s crazy. There are people walking around with guns. This was not a woman threatening anyone.”