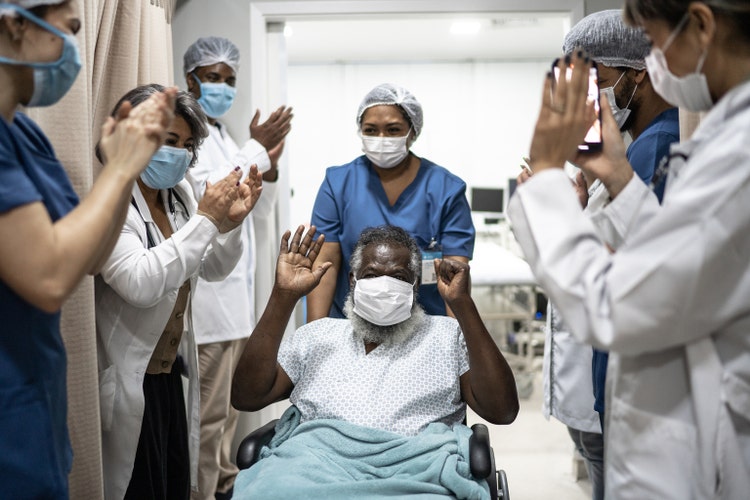 Community Health Systems (NYSE:CYH) is one of the largest healthcare providers in the US and has a compelling growth with its improving FCF margin outlook. The company manages 81 acute care hospitals and outpatients centers, two stand-alone rehabilitation hospitals, and a total of 13,289 licensed beds. This is a slight slowdown from their performance in 2019, when they managed a total of 102 hospitals with a total of 16,240 licensed beds. However, this slowing tendency has ceased, and as of Q1 2022, they reported no hospital divestitures. This is a positive catalyst as the company is now starting to present an improving trend with its bed occupancy rate. Additionally, the US has been showing a strong recovery from the pandemic with a more controlled Covid-19 cases daily. So, the tailwinds from the aging population of the US are still intact and I believe this temporary weakness from labor and stagflation issues will unlock the opportunity to get CYH at a discount. CYH is a buy at today’s weakness after posting a better margin of safety, while it maintains growing cash flow and a liquid balance sheet.

The Company Posted A Missed Topline. Should You Be Worried?

In its Q1 2022, CYH posted a missed topline against its consensus estimate which snowballed to its EPS GAAP, as shown in the image below.

Looking back at its past historical figure, CYH posted higher a figure in its Q1 2022 amounting to $3,111 million, up 3.25% from $3,013 million recorded in Q1 2021. However, despite a positive topline growth, CYH is under pressure by growing operating expenses leading to a negative EPS of -$0.01 in its recent quarter. This bearish catalyst ignited the current change of sentiment from reinstating Medicare’s inpatient-only list in November 2021, which may put pressure on the company’s overall demand environment. As there will be more benefits for inpatient care, we might see a shift to inpatient services.

However, looking at its actual data, CYH actually grew its top line in both of its Q4 2021 and Q1 2022 as compared to its historic levels. This negates the idea of ​​a declining demand environment to outpatient services. The main problem here is not about demand environment, but rather the company’s margins due to temporary headwinds as mentioned earlier.

Despite its bearish catalyst, I believe CYH is already priced in at today’s price, especially with its growing CAPEX outlook to be around between $500 and $600 million in fiscal 2022, up from $469 million last fiscal year. We might see a shift on both of its hospital counts and licensed beds trend in the future, especially with the estimated completion of its De Novo Hospital around this H1 2022, bringing an additional 52 licensed beds for the company. On top of the improving capacity, the management has a positive outlook for its cash flow from operation to be between $900 and $1,500 million in fiscal 2022. This brings its estimated FCF margin for fiscal 2022 to be in a positive area at 5%, better than -4.8% recorded in fiscal 2021. Additionally, CYH has an improving liquidity with its debt/EBITDA ratio, as shown in the image below.

Finally, looking at the company’s ROIC trend over its trailing 12 months, we can safely assume that the company is actually improving on how they invest their capital over time.

In Q2 2022, CYH has a cheaper trailing EV/EBITDA of 8.39x compared to its sector’s median of 16.30x and 5-year average of 11.94x. Additionally, the company posted a cheaper trailing P/E ratio of 3.16x when compared to its sector’s median of 28.51x, however, generated a higher forward P/E ratio of 6.65x. Despite using a higher discount rate than its current WACC, CYH can still provide an outstanding upside potential as of this writing. In my opinion, the company is undervalued, sitting below my initial fair price of $10ish, derived from the DCF model and simple relative valuation.

I modeled the projected revenue with the help of analysts’ forecasts. I anticipate a tougher operating environment this fiscal year and started my model with a 9.3% operating margin and growing up to 10.6%. In my opinion, this is conservative especially since the company is actually more efficient at managing their remaining hospitals, leading to lower rent expenses and depreciation and amortization expenses. Additionally, rather than utilizing CYH’s 7.29% WACC as my discount rate, I selected a higher discount rate and, unexpectedly, the model still demonstrated significant upside potential.

CYH is trading near its 200-day simple moving average and is about to complete its AB=CD pattern, which may imply an upcoming bullish price action in the next trading weeks. Looking at its MACD indicator which is still below its zero line may indicate bearish pressure, however, I believe bears are already exhausted and should start consolidating above $7ish.

CYH’s pressured margins and potential change in its demand environment are already priced-in at today’s price. If not, I believe it can still weather out its current macro headwinds with no material debt maturing until 2025. Community Health Systems is still well-positioned to cater to the aging population of the US and possesses an expansion catalyst to be released in a few months. Hence, slowly collecting this stock at today’s price will provide an outstanding upside potential without jeopardizing risk matters in both the fundamental and technical point of views.

Thank you for reading and good luck!