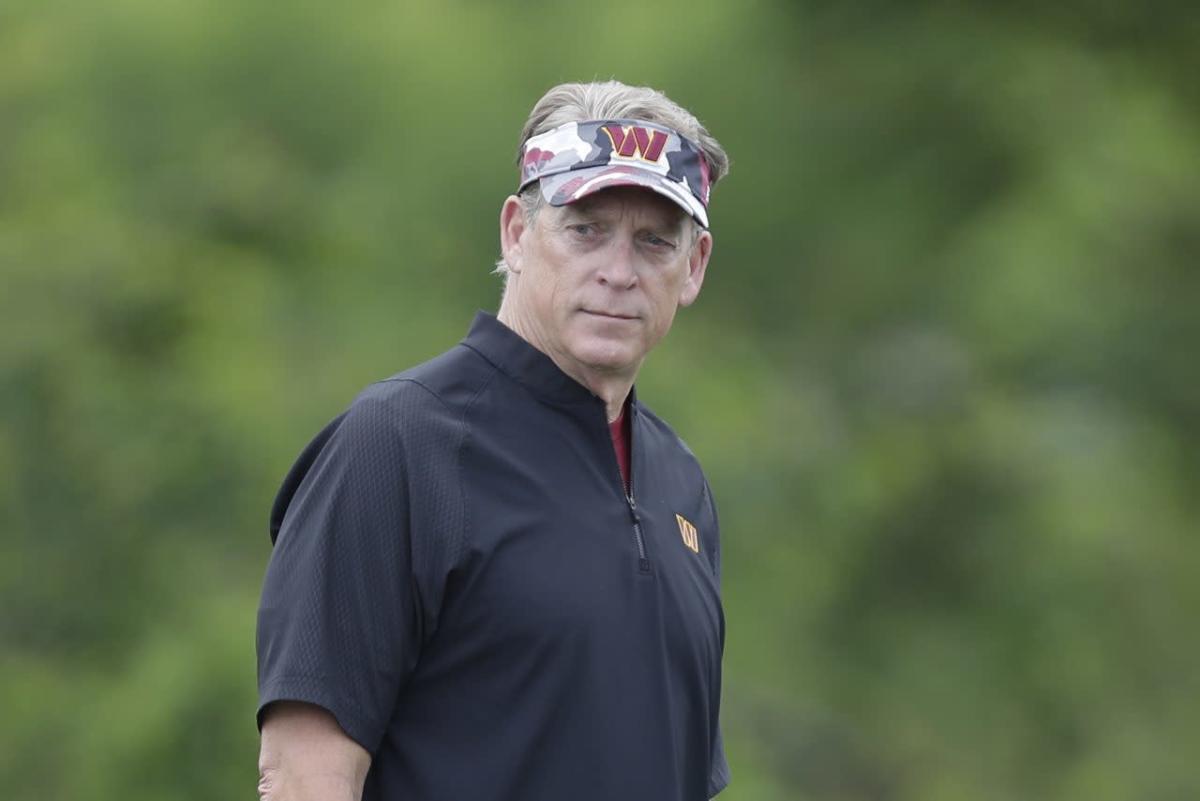 Last Friday, Washington Commanders head coach Ron Rivera did something highly unusual, if not unprecedented. He fined defensive coordinator Jack Del Rio $100,000 for a tweet that downplayed the Jan. 6 insurrection and compared that event to protests following the death of George Floyd. In a statement, Rivera said the Commanders would donate the $100,000 to the US Capitol Police Memorial Fund.

The oddity of Rivera’s action invites questions about whether and how Del Rio could challenge the fine, if he pays it at all. The situation further raises the possibility of a new NFL precedent wherein head coaches, perhaps at the urging of general managers or owners, can fine members of their coaching staff for their speech.

Rivera’s statement doesn’t clarify from where he obtained authority to fine Del Rio, whose 27-year-old son, Luke, is the Commanders’ assistant QB coach. The 59-year-old former Oakland Raiders head coach and retired Pro Bowl linebacker described what he termed “two standards” for society’s reaction to protests. One, he said, sees “no problem” when “people’s livelihoods are being destroyed, businesses are being burned down” while the other regards “a dust-up at the Capitol” where “nothing burned down” as a “major deal.”

In a subsequent tweet published last Wednesday, Del Rio apologized for downplaying the insurrection as a dust-up. He acknowledged that description was “irresponsible and negligent.” Del Rio, who deleted his Twitter account this past weekend, also wrote he “stand[s] by my comments condemning violence in communities across the country” and that he’ll continue to advocate for the right to peaceful protest.

Del Rio’s remarks may have harmed his employer’s overall reputation and shot at a deal for a new facility. Last Thursday the Virginia General Assembly pushed off a vote on a new stadium for the Commanders, though ESPN reports the postponement might have happened regardless.

And while commanders defensive players have indicated to journalists they are relatively unconcerned about what Del Rio said, NAACP president Derrick Johnson urged the team to fire Del Rio. Over the weekend retired Hall-of-Famer safety Ed Reed blasted the fine as insufficient while former NFL coach Jeff Fisher criticized Rivera and the Commanders for placating those who push “narratives.”

An employer ordinarily has one or two sources of authority to punish an employee.

The first is through contract. While most American employees are at-will, NFL coaches typically have contracts. NFL players similarly sign contracts, though players also gain rights and obligations through a CBA negotiated by their union. NFL coaches aren’t unionized. They can join the NFL Coaches’ Association, a non-union advocacy association that represents coaches in licensing deals and other ventures, but Del Rio has no union to advocate for him.

A workplace policy is the second source. Like most companies, NFL teams have written policies that employees must attend to before they can begin work. Those policies cover assorted topics, including allowable Internet use, restrictions on smoking and drugs, anti-discrimination rules, safety obligations, vacation and time off procedures and reimbursements. Of relevance to Del Rio, workplace policies usually address discipline and grievances.

These employment materials often contemplate discipline not through fines but rather via warnings, administrative leaves—where an employee accused of wrongdoing remains paid but is told to stay away pending an investigation—unpaid suspensions or termination. Employers usually adopt the practice of progressive discipline, whereby, as a first step, an employee is warned and then given an opportunity to improve performance before harsher measures are applied. It’s unknown if Del Rio, who joined the Commanders in 2020, had previous missteps.

Sports leagues operate differently. CBAs allow the league and team to impose fines on players. Leagues have also found and suspended coaches and executives, though as Sportico Previously reported, there are unsettled legal questions regarding a league punishing a person who it neither employs nor is governed by a CBA.

Del Rio’s contract isn’t publicly available, though NFL coaches’ contracts aren’t known to contain language regarding a head coach or supervisor fining an assistant coach. Noted sports attorney Tom Mars, who has litigated contract disputes on behalf of NFL and NCAA Division I football coaches, told Sportico in a phone interview that he has seen numerous NFL coaches’ contracts and has “never” seen such a term. Mars explains that these contracts often contain language prohibiting coaches from damaging the team’s reputation.

Sportico has obtained language from several NFL coaches’ contracts. One expresses that the coach has an obligation to “conduct and express” themselves “both publicly and privately, which promotes the best interests of the club, the NFL and professional football, in general.” Another says the coach “shall not engage in conduct in disregard of public conventions or morals or inconsistent with any reasonable standards communicated by the [Club to the Assistant Coach].”

But as Mars stresses, it’s not certain that political commentary, even that which offers unpopular sentiments, would rise to a breach of duty.

“By characterizing the Jan. 6 insurrection as a ‘dust-up’ and trying to defend that characterization just because the US Capitol wasn’t burned down,” Mars says, “Coach Del Rio came across as the village idiot of the NFL. That said, the rights afforded by the First Amendment include the right to make a fool of yourself on every news and social media platform in the free world.”

Mars also emphasizes that a breach itself would not support the use of a fine. The contract would also need to contemplate a fine as an acceptable punishment for violating that term. Mars suggests other assistant coaches, even those who have been very critical of Del Rio, should be mindful of the precedent being set. If they say something controversial that bothers the coach, general manager or owner, could they now be fined too?

One other instance of an assistant coach being fined by their employer occurred in 2016, when the University of Georgia (not its head coach) fined then-assistant coach Shane Beamer $25,000. The fine concerned an incident from two years earlier when Beamer, employed by Virginia Tech, had received leaked game-plan information in a scandal that became known as Wakeyleaks.

Del Rio has options, but they’re limited. If he wishes to challenge the fine, his contract might contain language requiring he first attempt to resolve his grievance through mediation (which is non-binding) or arbitration (which is binding) or both. As shown in Brian Flores’ lawsuit against the leagues and several teams and in Jon Gruden’s lawsuit against the league and Roger Goodell, the NFL maintains that disputes between NFL coaches and teams must go to arbitration as overseen by the league. Flores challenges that assertion on grounds such a process is inherently biased, an argument that a Nevada judge recently found persuasive in rejecting the NFL’s attempt to dismiss Gruden’s lawsuit.

In any lawsuit that is not preempted by arbitration, Del Rio would likely argue the Commanders are in breach of his contract by imposing an unauthorized or excessive fine. He might also contend the team has tortiously interfered with his prospective employment with other NFL teams and defamed him. The team could counter that the fine is permitted under employment language, that it reflects a remedial measure—he pays the fine and learns from his mistake—rather than the more severe option of termination, and that defamation law doesn’t apply since the team , through Rivera, has only offered an opinion on what Del Rio said.

If Del Rio doesn’t pay the fine, the Commanders could withhold the money from his future paychecks. The team could also fire him for cause and contend it doesn’t owe him any money going forward. Alternatively, Del Rio could quit, though depending on how much money is owed on his deal, that move might cost him much more than $100,000.