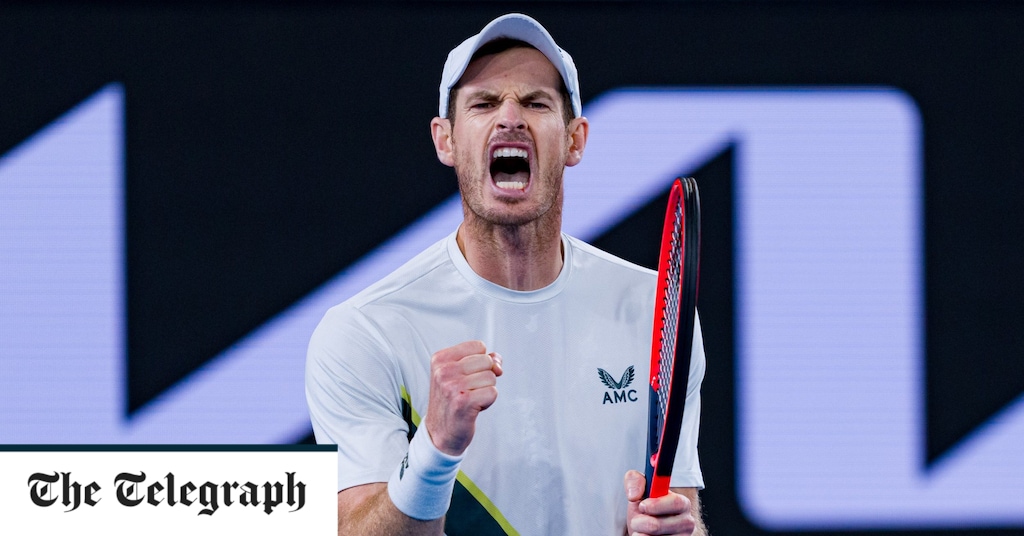 Slumped on a plastic chair in the bowels of the Margaret Court Arena, Murray told a small huddle of reporters that beginning a best-of-five-sets match at 11pm inevitably creates late finishes that overshadow the actual tennis.

“I don’t know who it’s beneficial for,” Murray said during the impromptu press conference. “We come here after the match and that’s what the discussion is, rather than it being, ‘epic Murray-Kokkinakis’ match, it ends in a bit of a farce.

“But if my child was a ball kid for a tournament and they’re coming home at five in the morning, as a parent, I’m snapping at that. It’s not beneficial for them. It’s not beneficial for the umpires, the officials “I don’t think it’s amazing for the fans. It’s not good for the players. So yeah, we talk about it all the time, and it’s been spoken about for years. But when you start the night matches late and have conditions like.” that, these things are gonna happen.”

Murray was vocal about his frustration with the circumstances throughout. Four hours into the match, just after he had pushed it to a deciding set, Murray was irate that he could not use the toilet, as he had already taken both of his allocated breaks earlier on. “It’s so disrespectful that the tournament has us out here until 3am and we can’t even go for a p—,” Murray told the umpire.

“I understand, obviously, the rules on the tour with the toilet breaks and the bathroom breaks and I’ve obviously been very vocal about that,” he said wearily post-match. “But you know, it’s three in the morning and I’ve been drinking all day. I need to go to the toilet and it’s just obviously frustrating in that moment. You don’t want people taking advantage of the rules but when you’ re sticking players on the court at three, four in the morning then sometimes there needs to be a little bit of leeway.”

He added that he was too tired to even sum up his emotions: “The match was obviously very up and down. There was frustration and there was tension, there was excitement and all of that stuff. And then at the end… it’s obviously amazing to win the match but I also want to go to bed now. I’m like… it’s great but I want to sleep.”

The Australian Open is not the only culprit. Tennis has long been criticized for matches finishing well into the night, and the detrimental impact that can have on players and fans alike.

Last September Carlos Alcaraz’s five-hour quarter-final win over Jannik Sinner at the US Open made headlines when it ended just shy of 3am.

In Acapulco last February, Alexander Zverev and Jenson Brooksby set the record for the latest ever finish for a tour-level tennis match, when their three-setter ended at 4:55am.

Just as Murray’s match began on Thursday, his brother and former world No 1 doubles player Jamie Murray had a pop at organizers for the scheduling. “Time for tennis to move to only one match at the night sessions at grand slams,” Jamie said in a Twitter post. “This is the best outcome for Alles single players. We can’t continue to have players compete into the wee hours of the morning. Rubbish for everyone involved – players/fans/event staff etc.”

After spending more than 10 hours on court already this tournament, and with a majorly disrupted sleep schedule, Murray will be in a race against time to be fully recovered for Saturday’s third-round. He faces Spain’s Roberto Bautista Agut, the 24th seed who beat him in Melbourne back in 2019 when rumors of his retirement were first sparked.