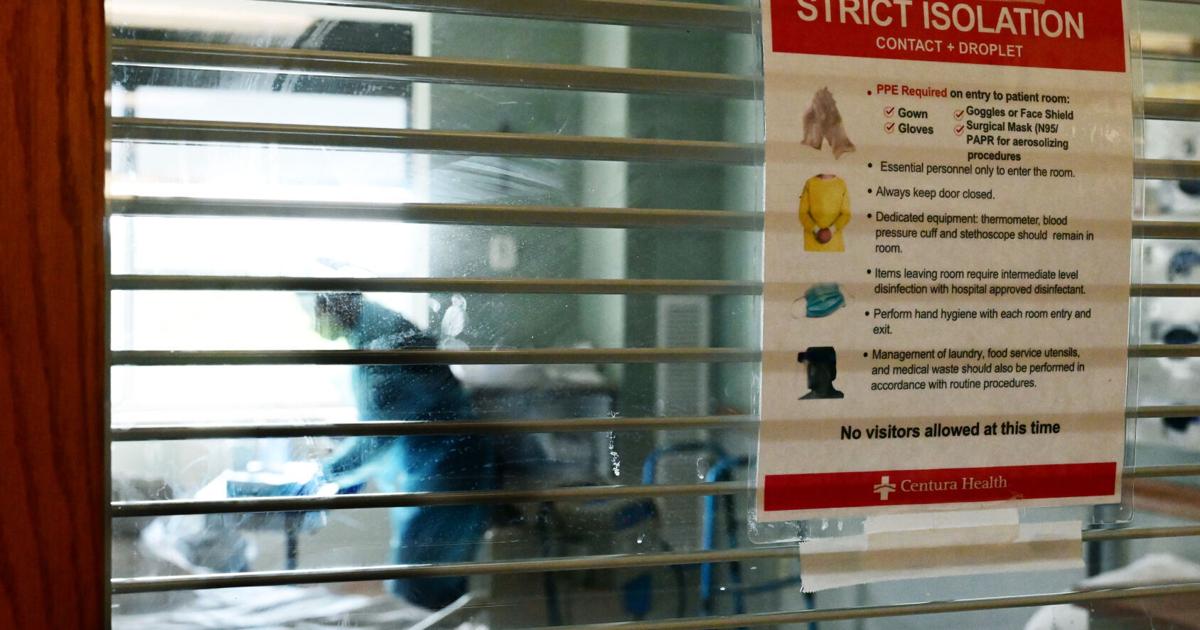 COVID-19 hospital admissions in Colorado have declined by more than 200 patients in the past few weeks, leading the state to cut back on its plan to add 500 new hospital beds by next week.

But thanks to a lack of staff and an influx of patients who are sicker than usual, hospital bed capacity remains scarce than at any time during the pandemic. On Thursday afternoon there were 390 acute and 68 intensive care beds left in Colorado. Last year, when more than 1,800 COVID-19 patients were hospitalized, the same beds were still available to the state.

Last month, Governor Jared Polis announced several strategies to prop up the hospital system, which at the time was likely to be overwhelmed by the end of the year. One of those plans was to add 500 new beds by December 15. To get there, the state signed two $ 3.7 million contracts with recruitment agencies to post workers to long-term care facilities and hospitals. Occupancy rates in nursing homes are well below pre-pandemic levels due to a lack of staff, which puts additional pressure on hospitals to keep patients longer.

These contracts employed 110 workers – 60 in hospitals and 50 in long-term care facilities. Federal teams have also arrived to further strengthen the health facilities. All $ 3.7 million will be refunded through the Federal Emergency Management Agency, a spokeswoman for the state Department of Health and Environment said.

But the state did not reach 500 beds. Polis spokesman Conor Cahill said Tuesday evening that 146 beds – 48 in hospitals and 98 in long-term care facilities – had been added. “The plans are in place,” he said, with 176 more to add over the next week.

If these beds were added during this period, it would bring the state’s total to 322. Cahill said that “current case data and projections do not predict” that 500 beds will be needed, and the state is confident that more “could be added quickly as needed”. . “

Neither the health department nor Cahill replied directly to how the state would add 176 beds in seven days since it took weeks to increase 146.

Of course, COVID-19-related hospital stays have improved. On November 22, 1,565 patients were hospitalized nationwide. By Thursday afternoon, the number had dropped to 1,356. Cases have also decreased, along with the state’s positivity rate.

But overall capacity “is still a daily challenge despite the recent slight decline in COVID hospital admissions,” said Cara Welch, spokeswoman for the Colorado Hospital Association.

When asked whether the state needs more capacity, Welch said: “It seems very likely that we will need additional beds in the coming weeks”. Hospitals are still on the verge of rolling out crisis standards for triage, a worst-case measure that would begin by rationing limited care to the sickest patients, she said.

“I think we have to see if and how these additional beds are rolled out next week,” she said in an email, “and when we see a sustained increase in COVID patients again (not yet, but we? Could starting next week to see a bump after Thanksgiving impact hospital admissions).

During this recent surge, COVID-19 hospital admissions have been an exacerbating, non-dominant factor in bed space stress. Staff shortages and the effects of delayed care – that is, patients who are not receiving preventive or regular treatment and are now sicker – both limit space and increase volume. Several vendors who spoke with The Denver Gazette this week about the impact of delayed supply said the situation was different than ever in terms of length and severity.

He said the hospital system will deal with the effects of delayed care for some time, which would result in higher volume and sicker patients.