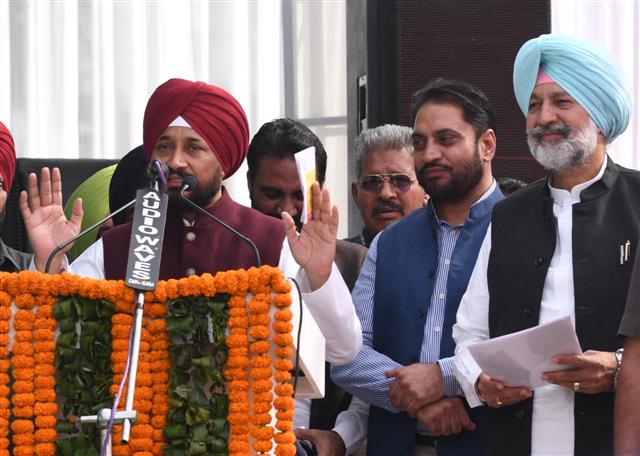 The Prime Minister of Punjab, Charanjit Singh Channi, laid the foundation stone for a 350-bed hospital here on Tuesday.

Rs 10 crore were sanctioned by Channi for a new auditorium in Mohali.

He announced that ownership rights would be transferred to the Mohali beneficiaries within two months under the Basera program.

Rs 7 crore has also been announced for the synthetic track stadium in Sector 78. He said easing for 5 Marla homes will be announced soon.

The Banda Singh Bahadur road near Chappar Chiri will be widened in two months.

He also assured that he would try to get Mohali’s bus stand up and running soon.

On a lighter note, Channi said Navjot Sidhu was like his brother. ” His love and resistance are very intense. I saw both of them up close, ”he said.