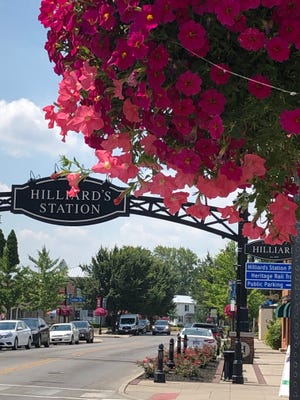 Short-term rentals and bed-and-breakfast inns are to be allowed in the Old Hilliard district after Hilliard City Council on July 11 approved authorizing legislation in a split decision.

Several Old Hilliard residents spoke in opposition to allowing the short-term rentals, which are often called an Airbnb, the name of a California-based company that operates an online marketplace for identifying and booking available properties.

Their presence, Norwich Street resident Lisa Knell told City Council, “will threaten the charm and beauty of our neighborhood.”

Multiple Norwich Street residents placed yard signs in opposition to the proposal while it was under consideration.

The ordinance was introduced May 23 and advanced to a second and would-be final reading June 13, where it was tabled until July 11.

The proposal was brought forward to address ambiguity in city code as to whether bed-and-breakfast inns and short-term rentals are considered commercial or residential uses, according to Hilliard’s city planner, John Talentino.

The ordinance is to be effective 30 days after its passage.

City Manager Michelle Crandall told council members July 11 that several amendments had been made to the ordinance since it was last considered June 13 to allay concerns that short-term rentals would disturb the quality of life in Old Hilliard, particularly on Norwich Street.

“Staff listened closely” to the concerns residents voiced during consideration of the ordinance May 23 and June 13, Crandall said.

Changes to the ordinance include a requirement for a zoning certificate for any property used for short-term rental purposes, due process protocols for it being revoked, an appeal process, an inspection policy and limitations on use of the property, according to Crandall.

Those include a limit of two persons and one vehicle per bedroom.

The ordinance also requires at least 1,000 feet between any two short-term rentals within the Old Hilliard district.

The ordinance was amended on the floor, after a successful motion by Cottone, to require that it be reviewed in one year by City Council, city staff, police and Old Hilliard residents.

“We can respind it as quickly as we put it in the books,” Council President Teater said.

Cole Antle, operations coordinator for The Westwood Collective, a potential operator of short-term rentals in Old Hilliard, said his company was in support of the regulations.

In support of the legislation, Theater called the amendments “serious guardrails.”

“I’m comfortable giving this a try,” said Marsh, adding that if he had it to consider, he would support the ordinance to apply citywide.

Tarazi said he did not see the presence of short-term rentals in Old Hilliard as very different from the ability of a property owner today to rent to a different person each month.

But Vermillion said short-term rentals are “not the right step for our community.”

Speaking after the meeting, Norwich Street resident Linda Lutz, a 21-year resident, said she is disappointed City Council would rather have short-term rentals in lieu of providing an opportunity for more young families to move into Old Hilliard.

The proposal to allow short-term rentals and bed-and-breakfast inns in the Old Hilliard district arrived to City Council with a positive recommendation from the city’s planning and zoning commission.

Commission members May 12 unanimously recommended that City Council amend the city code to add “short-term rentals” and “bed-and-breakfast inns” as permitted uses in the Old Hilliard mixed-use district and the Old Hilliard residential district, and to add associated development standards.

The text originally called for buildings of at least 1,500 square feet to be eligible for short-term rental and bed-and-breakfast status, but commission members reduced the required square footage for such status to 800 square feet, according to David Ball, director of community outreach for Hilliard.

Hotels are a conditional use in Old Hilliard, but it was not clear whether bed-and-breakfast inns or short-term rentals, such as those marketed as an Airbnb, qualified in the same manner, Talentino said.

Andy Warnock, chief executive officer of The Westwood Collective, said his company has identified three potential sites – two on Main Street and one on Norwich Street – as potential Airbnb sites.

The locations are intended to be quaint, Warnock said in response to criticism from some quarters about clientele.

“(These are) not a party pad, but rather a high-end, distinctively furnished home that provides a unique experience to our guests,” Warnock said previously.

Warnock was not present July 11.

Warnock said he plans to use Airbnb, but not exclusively.

“VRBO is another site and we will do some self marketing outside of the national platforms,” Warnock said previously.

He said it is an important distinction as Airbnb and bed-and-breakfast inns are not the same.

An Airbnb is a lightly regulated home-sharing site, while bed-and-breakfast inns are subject to state and local lodging laws, just like a large hotel chain, according to Warnock.