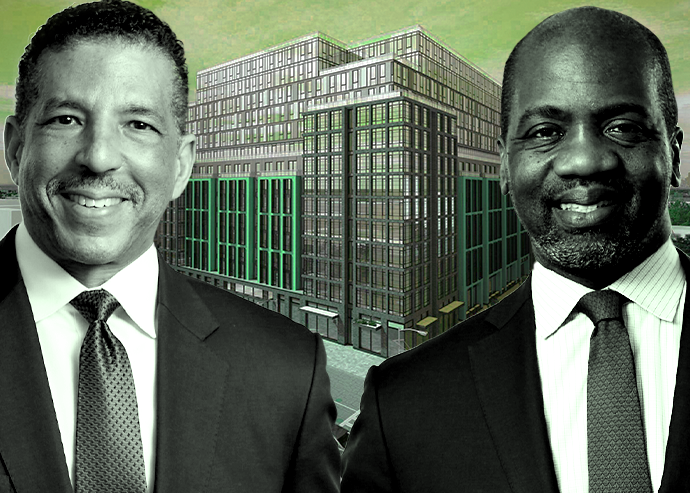 Meredith Marshall is not a fan of the city’s major project approval process, as his BRP Companies are planning for 270 Nostrand Avenue in Bedford-Stuyvesant.

But in this case it seems to have worked for him, despite resistance from the locals and a setback from the normally pro-development town planning commission.

The city council approved BRP’s proposed reallocation last week. Provided that the planning committee approves a belated change of plan, BRP can erect a huge, mixed-use building on the site of a former nursing home.

In September the Commission voted to reduce the density and height of the project. But on Thursday the council’s land use committee restored BRP’s originally proposed density.

“This change will both increase the number of affordable housing units and improve affordability, while also enabling a density appropriate for this large vacant lot on a major avenue in Brooklyn,” said Councilor Rafael Salamanca, chairman of the committee Changes.

The entire council approved the reallocation later that afternoon.

The rededication faced a setback from the start, with the local council and allegedly home-friendly District President Eric Adams declining the petition.

“Without offering cheaper units and more family units, the switch to R8A [higher-density zoning] would not bring sufficient public benefit to the community, “wrote Community Board 3.

But municipal councils and district presidents – even those only a few months after taking office – only have an advisory role in this process. The final decision-maker is the local city council, in this case Robert Cornegy, who is one of the chamber’s most business-friendly members. Any deal over 270 Nostrand should have gone through him.

Although BRP has applied for the reallocation, the land is actually owned by the Allure Group. The senior citizen center operator bought the 47,600-square-foot lot in 2015 for $ 15.6 million. Both did not immediately respond to requests for comment. Welltower, a real estate investment trust, has a $ 25 million mortgage on the property.

BRP specializes in building middle-income housing in neighborhoods that developers typically ignore. “We need to build more workers housing for the typical New York worker,” said Meredith Marshall, co-founder of the company The only true in January. “We can’t all do that with HPD and city funding because we just don’t have enough money.”

Marshall, who grew up in East Flatbush near the project site, also called for more dense zoning in high-traffic areas.

The amended application for 270 Nostrand Avenue is now being returned to the Urban Planning Commission for approval. It has two weeks to review.